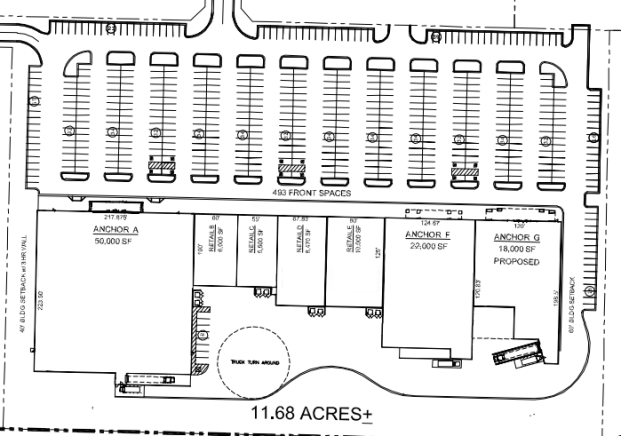 Hobby Lobby and TJ Maxx will anchor the new retail center coming to Troy by the end of 2021.

The Troy City Council Tuesday unanimously authorized Mayor Jason Reeves to sign a project agreement with Hutton to bring the 130,000 square-foot shopping center to the city in exchange for incentives including $1.5 million upon completion of the center and remittance of half of all sales tax revenue generate by the shops.

In addition, the agreement calls for Hutton to have binding leases with retailers equaling at least 110,000 square feet of the center by the same date.

Marsha Gaylard, president of the Pike County Economic Development Corporation (PCEDC), said the recruitment of Hutton will have a big impact on the city.

“It’s huge,” Gaylard said. “We were missing a lot of gaps in our retail base here. Troy’s population has grown to the level where we were totally under-served; with Troy University and its students added to the population base, we really had to have more people. We need to stop people from having to go to Montgomery, Dothan or Enterprise.”

Gaylard said she first learned of Hutton and reached out to them more than two years ago at an International Council of Shopping Centers event in Las Vegas.

¬¬The new center will provide an enhanced quality of life to current residents, Gaylard said, as well as attracting new people to shop and live in Troy.

“We really feel like it will bring people from outside Pike County to shop here,”Gaylard said. “It will be a huge boost to our economy. I know some of the people who have come here with the industries we have recently recruited have chosen to live in Montgomery and part of it is because there’s not as many shopping options here. I think it will be a great help to incentivize people that come here for jobs with these new industries to come and live here.”

Reeves said the center should bring other new stores to Troy other than Hobby Lobby and TJ Maxx. “We certainly would expect to see retailers that we do not currently have,” Reeves said.

The construction of the center is expected to be a capital investment of more than $30 million.

Grace Rushing had a sophomore season to remember for the Pike Liberal Arts Patriots. The young sophomore backed up a... read more