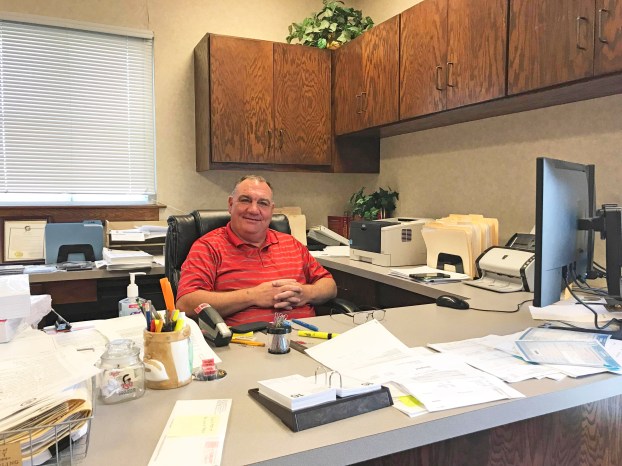 Troy City Clerk and Treasurer Alton Starling is retiring from his position of 22 years on April 30.

Starling said he has enjoyed his time spent keeping the city’s finances in order.

“I’ve always liked putting puzzles together and that’s what accounting is,” Starling said. “I even do it part-time. It’s just fun to me … When you’re part of the city, you’re right in the middle of everything that’s going on. All the money and documents flow through this office. I’ll miss that the most. I’ll still see everybody after I retire though, I’m not going to run and hide.”

At that time, Starling was a military man, stationed at Maxwell Air Force base to manage the acquisition of computer systems for the department of defense.

“We were looking to modernize every base in the world,” Starling said.

Meanwhile, he would come to Pike County, where his wife was born and raised, and golf with his friend Chuck Thompson. It was on the golf course that Starling met Lunsford and where he was first told about job as city clerk.

“Through that personal relationship I knew about his military background and I knew the accounting degrees that he had that I thought were important for a city clerk and treasurer,” Lunsford said. “I recommended his hiring to the city council and he has performed very well for years. He put some things in place in the budgeting process that I think were very beneficial.”

At first, Starling didn’t think he could take the job because he was obligated to the Air Force, so he moved all the way out to Texas to Brooks Air Force Base to teach. It was during that teaching that he discovered he could be relieved of his obligation if he was appointed to office.

“I called him back and asked him to tell me more about the job,” Starling said. “I was appointed January 13, 1997 and I’ve been serving ever since.”

Starling said he is most proud of his work modernizing the city when he first came into office.

“When I got here, there was one computer in the whole city sitting at the clerk’s desk,” Starling said. “I came in and modernized that process for the whole city. Everybody got a computer, so now we’re working smarter, not harder. Putting together the website for the city was the most challenging and rewarding thing I did for the city.”

The city website both helped to keep the office transparent while also cutting down on the time spent in the office retrieving public documents.

“Minutes, audits, agendas, just about every document you need can be found there,” Starling said. “That’s one of the best things I did. This office is where every document goes through. When somebody wanted a document, you would have to go and take time out of your schedule. Now everybody can just go download our ordinance; you don’t have to come by and get it printed off. Certified copies still have to come through here, but we’ve streamlined the way we operate city hall.”

Assistant Clerk Shannon Bryan will be taking over in the role beginning May 1.

“Alton has taught me a lot in the six years I’ve been here,” Bryan said. “He leaves big shoes to fill; he’s been here for a long time.”

Starling wished good luck to Bryan and said that she will grow into the role just as he has.

“She’s going to do fine,” Starling said. “She’ll have bumps and bruises just like when I started; there’s something different every day and you can’t teach that. Even after more than 20 years, something happens that never comes up. When you’re dealing with 19,000 different citizens and students, something is always going to come up that’s different.”

With just hours to go until severe weather hits Pike County, officials are bracing to deal with the aftermath. “We’re... read more