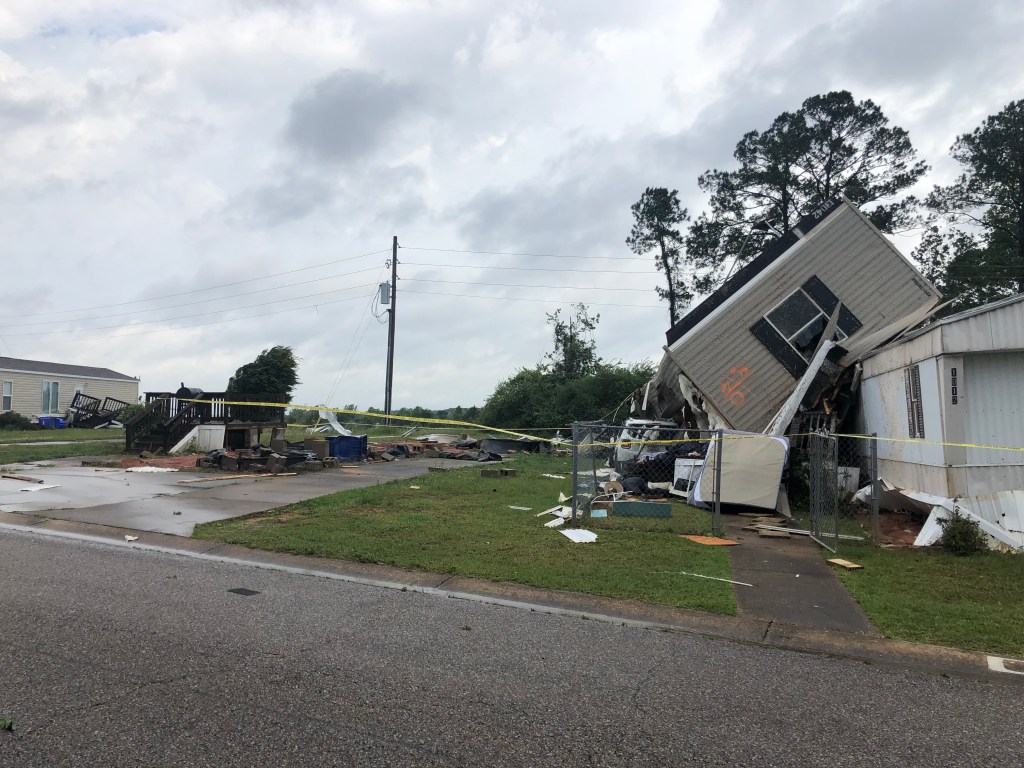 Pike County officials are nearly done restoring power in the area and are working to clear more and more of the roadways.

Mayor Jason Reeves said the city is down to about 20 residences that remain without power and work is underway now to restore electricity to those homes.

“Some service lines have been damaged so utility crews are having to do a repair on those,” Reeves said. “One lane southbound on U.S. Highway 231 is shut down while South Alabama Electric Cooperative replaces their poles near Montgomery Street.”

Portions of Three Notch Street near OCAP remain closed as crews are still working to remove debris in the area.

EMA Director Herb Reeves said officials from the National Weather Service will likely be coming down Monday morning to survey the damage and determine whether the damage was officially caused by a tornado and what category the tornado was if so.

The EMA is still advising people to stay out of the area of Hunter’s Mountain Mobile Estates unless they live there or have family there as extensive cleanup is still underway.

Herb Reeves said the Red Cross has set up in the clubhouse at the property to assist residents there.

“There’s not going to be a shelter opening in the city,” Reeves said. “The Red Cross is there to assist anyone that is displaced. The Salvation Army will be coming in tomorrow to help as well.”

Reeves said no disaster declaration has been made, so FEMA is not involved at this point.