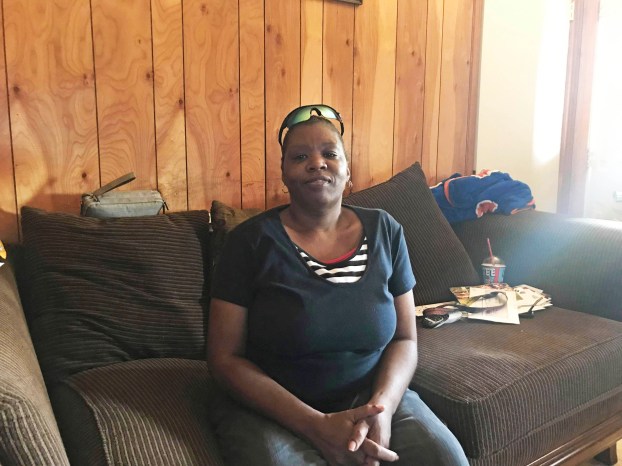 As the Troy Housing Authority prepares to dispose of and sell Dunbar Drive, residents in the homes are preparing for what they need to do next.

Angela Campbell, who lives at the complex with her daughter, said she is at peace with moving from her home as long as she can go somewhere that is her choice.

“I’m from Montgomery and I’ve been here at Dunbar for almost four years,” Campbell said. “I’m all for moving, but I don’t want to move anywhere else around here. I’d rather go back home where I’m from. As long as I’m paying the same amount as I am here, I’m OK with it.”

Debbie Rogers, executive director of the Troy housing Authority, told residents at a meeting in November 2018 about what options they will have if the proposed disposal and sale is approved.

Individuals in Dunbar would have the option to move into one of the other units of the housing authority or receive a tenant protection voucher to move to another property and continue to pay 30 percent of income as rent, with the housing authority subsidizing the rest of the rent as long as it is “reasonable.”

Rogers said the vouchers could be used anywhere in the country, whether it be a move to Montgomery or Honolulu.

Campbell said she just wants to have time to make that move.

“I want to have time to go where I want to go,” Campbell said. “I don’t want to be pressured into going somewhere I’m not comfortable.”

Rogers said residents would be given their choices and time to move where they want, a process protected by federal law.

“By federal law we cannot move a family until they have an alternative site where their rent will not go up,” Rogers said. “Their rent cannot go up under federal law.”

Campbell heard some of this information for the first time on Friday – she missed the previous meetings where residents were told about the option and is waiting to attend another meeting next month, she said.

Adaine Pennington, a Dunbar resident of three years, said she doesn’t mind moving out of Dunbar either “as long as it isn’t noisy and people aren’t bothering me.”

Unlike Campbell, Pennington was born and raised in Pike County and she said she’d want to stay within the area.

She had also missed the meetings and was not aware of exactly what the plan was for moving out residents once the site is disposed.

Other residents who were sitting outside on their porches conveyed a similar message – they had not made it to the meetings to hear what their options would be, but they said they were not concerned about moving to a new facility.

Many questions still remain about when the site will be disposed and who will purchase the site – the Pike County Commission is considering the site for a new jail complex, but also has three other sites that it is evaluating.

Rogers said disposing the site is a long and complex process that will take time to complete. More information will be available once the disposal is approved, she said.

Troy police have arrested a man suspected in the rape of a Troy woman on March 24. Police arrested Richard... read more