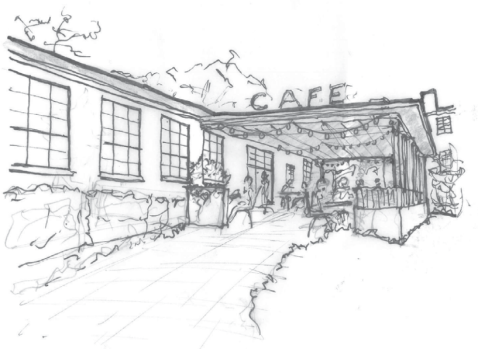 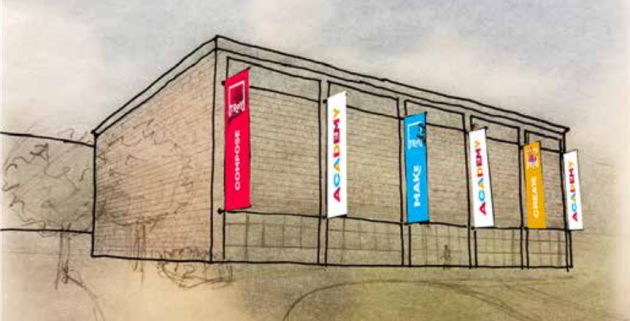 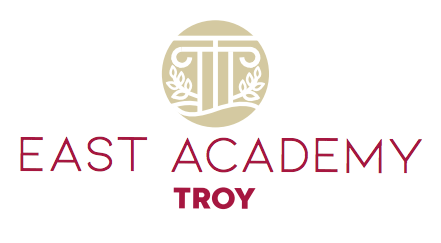 The future of the historic Academy Street High School and surrounding area will hopefully be “lifting ever onward” with a roadmap released Tuesday to guide development of the site.

The DesignAlabama team returned to Troy to present the final report on the renovation and design of the site moving forward.

The report includes plans for a new main entrance that would connect two of the existing school buildings, a community park area outside the school, a café area in the old agriculture building and even new branding for the site as well as the city as a whole.

Brandon Bias, who served as the facilitator for the project, said one of the most important factors in making the report possible was the feedback of the constituents.

“This was very important to us during our workshop,” Bias said, pointing to an image of a word cloud that emphasized what the community wanted for the future of the site. “We really wanted to instill the significant aspects that we discussed with the community at the beginning of the process: things that were important to Academy Street School, the neighborhood, to Troy and really the whole community.”

Bias said the history of the site was a critical piece of moving forward with the design.

“We really had to understand the history of the site and what it meant for the community by having an African-American educational institution at a very early point in the history.”

Bias said the designers realized early in the process that how the site is entered and what people see when they arrive on the site is one of the most important pieces of the design.

“What does it meant o approach it?” Bias asked.  “How do people understand and identify the front door?”

The options presented for the front entrance connect the school building and gymnasium in a variety of ways.

“I think one thing we really like about these concepts was their openness and their airiness that really allows you to see the structures,” Bias said. “You’re not creating something to take away from the buildings themselves but really building a new space as part of this. We talked about using a space such as this to tell the history of the school.”

The design team also looked at ways to revitalize the agriculture building behind the auditorium.

“On our initial site visit we walked around the corner and saw this beautiful covered area and immediately our minds started racing on how we can repurpose this into something that will be kind of engaging and creative for the community,” Bias said.

So they sketched out the design as an outdoor café space, which Bias said makes sense as it is easily accessible from a side street as well.

The concept art also pictures improvements to the exterior, including accessibility enhancements to make sure everyone can make use of the space and banners that give color to the area and signal the significance of the area.

In addition to renovating the school building itself, designers also came up with plans for the surrounding land, proposing a park area on the school grounds.

“Some of the things we think could enhance amenities in the neighborhood and across the city include a terraced amphitheater that could be used fro neighborhood movies or small concerts or programming that comes out of Academy Street could host events in this space,” Bias said. “We took the existing park down next to the creek and looked for a way to expand it, looking at innovative type play structures that would encourage kids from all around the community to come in and engage with the site.”

“The first piece of branding we looked at is the city’s mark,” Clifford said. “While you want to be in line with the University, how can it also begin to look a little separate with its art,” Clifford said. The logo bears a T-shaped pillar encircled by the words “City of Troy – art of community –spirit of progress.” Another mark created for tourism includes a set of similar designs with a consistent typography with phrases such as “Bike Troy” or “Savor Troy.”

“I want to thank you and your team and especially the mayor for being part of something that would allow him to work with different parts of the city,” said Wanda Moultry, councilwoman for District 5. Where the school is located.

Reeves thanked the team as well for coming and bringing these designs for the city to use moving forward.

“I think this is a tremendous map forward and I think there area  lot of ways to accomplish this through grant and public-private partnership and city and community investment,” Reeves said. “I think by using all of those we’ll have not only a fantastic structure and layout and asset, but we’ll have the buy-in of all the people that have come to the table to help make that happen … There’s also a lot of great information community wide for us to look at as well. I think we killed two birds with one stone. WE looked at a specific area and came up with a great plan for that and then we took a 30,000-ffot view and said ‘We know who we are. How do we want to tell the world who we are? So we thank you for putting this together, it’s a great public service.”

The report can be viewed in full at troyal.gov/academy. An email is also being created to get community feedback on the report.