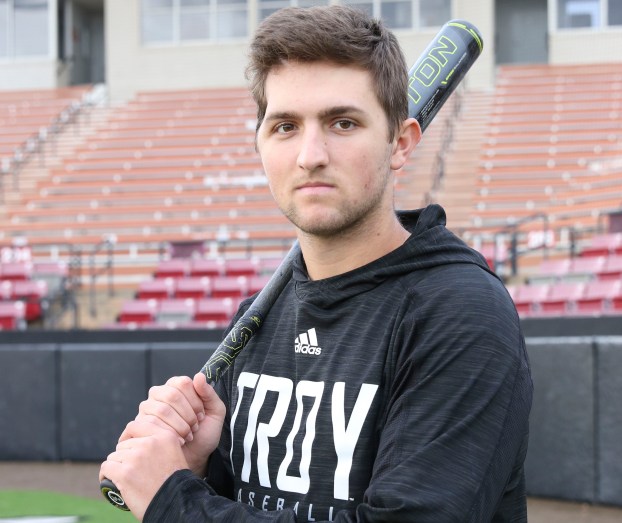 On an early, frigid morning last January, Bobby Spitulski drifted off to sleep on the back seat of his dad’s full-size Ford Raptor pickup as he and his family traveled south from a ski trip in Sugar Hill, North Carolina.

Four days later, he woke up in the Intensive Care Unit of a Columbia, South Carolina hospital in critical condition, connected to life support and a ventilator, with his father by his side.

“My dad just squeezed my hand and told me everything was going to be all right,” Bobby recalls.

Bobby does not remember anything about the accident. He was in a deep sleep when something happened up ahead on Interstate I-77 outside of Columbia around 7:30 a.m. on Jan. 2, 2018.

Bob Spitulski, driving the family of five, could not prevent what happened next as one car after another slammed on brakes and 12 vehicles came together as one in a mesh of violence and twisted steel.

Sitting to the right of Bobby was Mia, his younger sister, who received a dislocated hip and sprained ankle. Nick, the middle son, sustained a concussion along with a neck injury. Carla, the mom, suffered a small tear in her carotid artery, while Bob sustained a serious back injury.

Having just finished his first semester as a freshman at Troy University, Bobby was a promising infielder and outfielder on the Trojan baseball squad, and endured the worst of the accident. Sitting behind his dad, Bobby suffered major head trauma including a fractured skull and bleeding on the brain. In coming days it was determined he was paralyzed on his left side and could not speak.

Eleven months after the accident, Bobby sits in the dugout of Riddle-Pace Field – smiling, alert, optimistic – talking about the past and the future, and thankful for the second chance not just in baseball, but in life.

He is a walking miracle, according to doctors, nurses, his family, and to Troy University head baseball coach Mark Smartt. Everyone uses the word “miracle,” when speaking of Bobby.

In recruiting Bobby, Coach Smartt and Coach Shane Gierke saw many positive attributes in the young man, in addition to exceptional athletic ability.

“Little did we know, some six months later after he gets here, all those things we talked about, the determination, the competitiveness, the high character, all those things came out after this terrible accident,” said Coach Smartt. “You saw all those qualities times a million present themselves as Bobby kept doing things that were not supposed to be done through his rehab.”

Less than two hours after the accident, Coach Smartt and Assistant Coaches Gierke and John Rushing were informed of the news.

Gierke and Rushing were attending the American Baseball Coaches Association national meeting in Indianapolis. Gierke changed his return flight destination to Charlotte, NC, rented a car, and was at the hospital in Columbia to see Bobby and the family.

The amazing thing that Gierke and Bobby’s parents all recall is that while Bobby was unconscious in ICU, he says he remembers Coach Gierke’s visit.

“Carla had told me after he was able to have a conversation, that he remembered me grabbing his hand and being there,” said Gierke. “I don’t think it has zero to do with me. Obviously I was the one that spent the most time recruiting him, but I think it has to do with Troy. He attaches things during that period of time and through his rehab to Troy, and the love he has for this place.”

Days after awakening in ICU, nurses began basic physical therapy. Goals were set for being able to walk, talk, to be transferred from South Carolina to a hospital closer to home in Oviedo, Florida, and goals were set for him to eventually go home.

Through his effort and spirit of determination, Bobby beat every goal set by the doctors and nurses. When first told by the physical therapist to walk to the door, Bobby told the therapist “No, I’m going to walk past the doorway.”

“His attitude and effort from Day One has been off the charts,” said his father, Bob, a former University of Central Florida and NFL linebacker for the Seattle Seahawks. “There has never been a day when he woke up and has said, ‘Why me? Why did this have to happen to me?’ His attitude has always been ‘It happened to me because God knew I could work through this and get back to where I need to be.’ I think one of the quotes Bobby uses is ‘God gives the hardest challenges to his strongest warriors.’”

Sitting in the third-base dugout at Riddle-Pace Field recently, Bobby is realistic that he knows he is not where he needs to be, but through the love of baseball, his teammates and his family, he will not stop working until he returns to play the game he loves.

“Since the start of this, I’ve made tremendous progress,” said Bobby, who was a star football and baseball player at the prestigious Bishop Moore Catholic high school in Orlando, just outside his hometown of Oviedo. “My motivation through all of this has been baseball. I want to prove to people that you can get through anything in life no matter what has been thrown at you. You can get through it if you stay positive and believe in yourself.”

Bobby knows his hard work in therapy and rehab is to his credit, but he also knows it is his faith that has given him strength.

“The biggest thing to me was I prayed every single day, just to get better,” said Bobby. “My faith grew every single day. I would be in the hospital and I knew if I stayed positive it would help me a ton. I’ve always had a relationship with God, but since this it has grown a lot. I knew since the start of this God has a plan for me, and I knew he would not give me this situation if he did not think I could not get through it.”

Coach Smartt told Troy University athletic trainers and assistant coaches this past Fall there was a question as to whether to let Bobby back onto the field for practices until everyone knew that Bobby was physically able to do so.

Within a matter of days, they had their answer.

While not 100-percent back to his original weight, strength and agility, Bobby has exceeded expectations.

“I was astonished he would be able to participate in a live setting this Fall, simply because he had missed so much time, not just from a baseball concept, but he missed a bulk of time in an ability to do anything lifestyle wise,” said Coach Smartt. “There is a video of when he was finally able through rehab to take his first steps again, and they were clapping like crazy. To think seven or eight months later that he could go through a Division I college workout – I did not know if that was going to be able to happen. For him to get on the field and actually compete, that was an astonishing accomplishment.”

The love and encouragement has been fuel for Bobby. Within days of the accident, a Facebook support page was created, “#SpitStrong” became the social media hashtag, it was printed on bracelets and t-shirts and it became the rally cry of his teammates, friends and supporters.

“The support has meant the world to me,” said Bobby. “Since Day One of this, Troy University, Troy baseball and all of my coaches have supported me and my family through this whole process, and it means the world to us.”

During this holiday season, from Thanksgiving to Christmas, Bobby’s dad says his family is thankful for all of their blessings, the love and support Troy University and everyone has shown, and for his wife and children.

“There is no doubt, we are thankful for what we have every day,” said Bob. “Having Bobby home for Thanksgiving and having our entire family here, whole, it means the world to me as a parent. Our job as parents is to love them and protect them. That was what was so tough about that accident, the fact that seeing every single one of my children in some sort of pain and injuries, and my wife included in that. I thank the Lord every day, and just know how blessed we are as a family to be here. I know there is a bigger purpose, and I know that is why we are all here.”

Regardless of what the future holds for Bobby Spitulski on the baseball field, everyone knows he is an inspiration beyond any scorebook or scoreboard.

“It has changed my outlook on life tremendously,” said Bobby. “Now that this thing has happened, I do not take any day for granted because you do not know when it may be your last. I just thank God every day I am still here.”

The results of a survey on the Troy City School System are in and the results show areas where the... read more