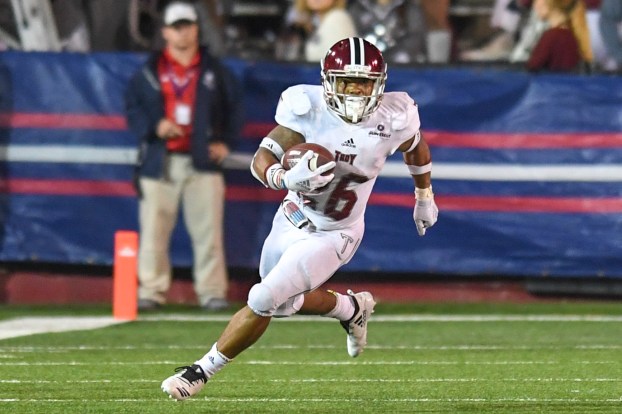 Troy will be heading to the 2018 Dollar General Bowl for its third straight bowl appearance as the Trojans accepted a bid to the Mobile, Ala., bowl game on Sunday. Troy will face Buffalo out of the Mid-American Conference on Saturday, Dec. 22, at Ladd-Peebles Stadium; kickoff is set for 6 p.m. and the game will be televised on ESPN.

“We are excited about our third straight bowl appearance and returning to the Dollar General Bowl,” Troy Director of Athletics Jeremy McClain said. “The bowl staff and the City of Mobile roll out the welcome mat as well as anyone in the country during bowl season. The Dollar General Bowl is a first-class event for not only our football players and staff but also for the fans, and we anticipate another strong continent of Troy faithful visiting Mobile later this month to help cheer on the Trojans to our fourth straight bowl win.”

This will be Troy’s third overall trip to Mobile for bowl season after playing in the 2016 Dollar General Bowl and the GMAC Bowl following the 2010 season. The Trojans have won three straight bowl games with victories over Ohio in the 2011 New Orleans Bowl and 2016 Dollar General Bowl and a blowout victory over North Texas in last season’s New Orleans Bowl.

“This is a huge opportunity for us,” Troy head coach Neal Brown said. “We are excited to play in Mobile and the Dollar General Bowl. We had a great experience there at the end of the 2016 season and not only our players, but our fans, our alumni and everyone associated with Troy and Troy football.”

Troy (9-3, 7-1 Sun Belt) finished the regular season as the Sun Belt East Division Co-Champions and landed a league-high 23 players on the All-Sun Belt Team. The Trojans can make history with a fourth straight bowl win as it would mark the first time in school history the Trojans have won 10-plus games in three consecutive seasons.

“We’re looking forward to have an opportunity to get to 10 wins,” Brown said. “Like I told our players, we’ve had a really good season sitting at 9-3. But if we want to be elite, if we want to be special, we need to get to that 10-win mark.”

Buffalo (10-3, 7-1) won the MAC East Division but fell to Northern Illinois in the MAC Championship Game. Like the Trojans’ who have a win over Nebraska on their resume, the Bulls have a Power Five victory after knocking off Rutgers 42-13 back in September.

The Trojan women’s basketball team broke the century mark for the first time this season in their 116-46 win over... read more