FOOD AT YOUR FINGERTIPS: Renovation puts Troy McDonald’s at forefront of restaurant tech 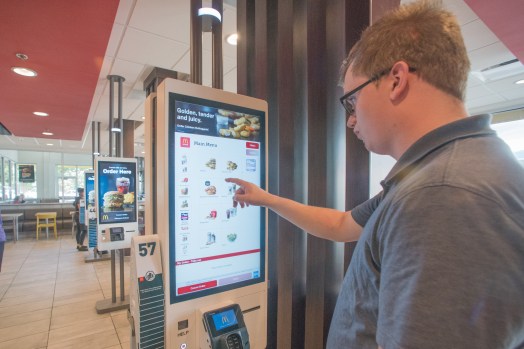 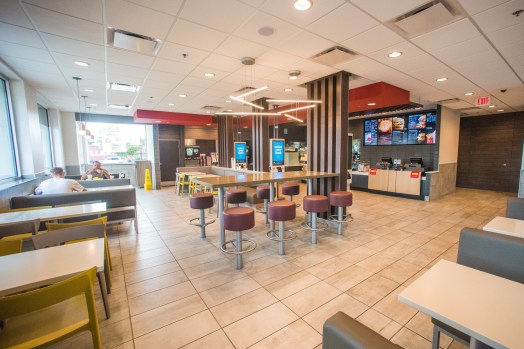 Customers at the Troy McDonald’s no longer walk up to a traditional counter to place their orders with a cashier – instead, the step up to a kiosk where they themselves select an order and pay.

Eddie Byrd, director of marketing and community outreach for Murphy Family Restaurants (including the Troy McDonald’s), said the renovations to the restaurant are part of McDonald’s “bigger, bolder vision for 2020” to reimagine the McDonalds environment and bring consistency across stores worldwide.

“We’re focused on the family experience that you receive in there,” Byrd said. “We’re trying to do it where every store in the world has similar characteristics so that, no matter what store you go in, you feel at home. In Troy especially there is such an international student base that has already experienced this, so we’re getting great results from that.”

While much of the renovation is aesthetic, there is a key functional difference in the new set-up – kiosks that allow customers to order food themselves, down to whether they want extra pickles, no onions or to just “make it plain.”

Byrd said many young people have really taken to this format of ordering, while some customers still prefer to order food the traditional way by talking to a cashier. Both are possible at the Troy McDonald’s after the change.

“We have people there called guest experience leads,” Byrd said. “The kiosks only accept credit or debit cards. If paying by cash, the guest service leader will walk you over to the register to pay with cash.”

Byrd said people can also voluntarily pay at the register if the kiosk interface is not for them. But the guest service leaders are there to also assist anybody having trouble using the kiosk.

Byrd said the kiosks are not actually replacing any workers.

When people use the kiosk, they take a number and a drink and the guest service leader will bring the food out to the customer, Byrd said.

Byrd said the renovation is coming to America first to “top-tier” McDonald’s stores. He said owner Gerry Murphy is looked at as the top franchisee for the restaurant in the Southeast, bringing the renovation here to Troy.

“He wants to be on the leading edge of anything that McDonalds does,” Byrd said.

This is not the final change for the restaurant over the next few months. Byrd said the restaurant will soon have a redesigned drive-thru and expanded parking that will include spaces for busses, RVs or people pulling campers, trailers, boats or other items behind their vehicles.

Mobile ordering will also be launched soon for the location, Byrd said.