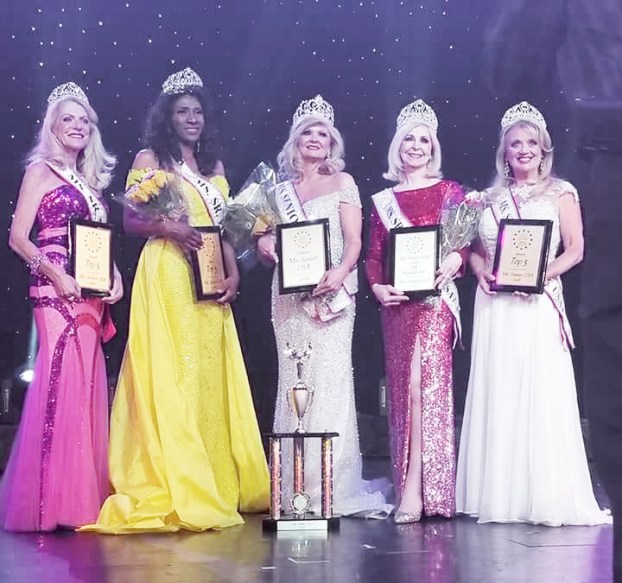 Ms. Senior USA winner Sara Jo Burks aims to encourage other women to go out and accomplish their dreams.

Burks, assistant director of housing and resident life at Troy University. earned the title in Las Vegas on Sunday and will move on to compete for Ms. Senior Universe. She earned the crown after being named Ms. Senior Troy and then Ms. Senior Alabama in August 2017.

The Ms. Senior USA and Universe pageants are for ages 60 and above, and Burks has competed in the pageant as long as she’s been eligible.

With her platform, G.O.A.L, get out and live, Burks wants women to understand that “age does not limit what they can become.”

“Even though we’re older, that doesn’t mean we’re not productive anymore, or don’t have anything to offer,” Burks said.

Pageants give women an opportunity to improve upon themselves and gives them a platform to encourage other women and share their worldviews, Burks said.

Most of the Ms. Senior USA competitors are accomplished women who have raised families and had successful careers. The contestants included entrepreneurs, business owners and Broadway entertainers.

“So the very fact that I won the title is pretty astounding,” Burks said. “But my husband said ‘No matter what the outcome is, just think about the fact that a little girl from South Alabama gets to sing on a stage in Las Vegas.’

“It’s encouraging for women our age,” Burkes said. “It lets people know they’re still important and have a lot to offer.”

All of her life, Burks dreamed of going to college, but hadn’t found herself in the right situations to further her education.

At the age of 50, she graduated magna cume laude with her first degree. She then went on to receive her masters and has worked in the field of management.

Burks is a strong believer in never giving up on a dream.

“It took me four tries to win the title of Ms. Alabama,” Burkes said. “If I’d given up any of those times and not gone back that fourth time, I wouldn’t be here.”

Now that Burks has been crowned Ms. Senior USA, she relinquishes her Ms. Alabama Crown to the runner-up.

“Not only did I accomplish Ms. Alabama, I also accomplished Ms. USA,” Burks said.

It was a learning experience for Burks. With every try, she learned something new. She applauds the winners that came before her and understands that she had to earn her spot.

“You don’t just wake up one morning and say ‘I want to go try to be Ms. Alabama,’” Burks said. “It’s a process. You learn from others and see what everybody else is doing. You go ‘Well, what qualities did that winner have?’ or ‘What do I need to strive for?’”

There is a stigma placed on pageant contestants that Burks said she hopes to prove wrong.

“A lot of people think if you’re involved in pageants that you’re stuck on yourself, and think you’re too pretty,” Burks said. “Well, I would challenge them to participate.”

Burks also wants to reach out to younger girls. She enjoys working on campus in the housing office, because she’s able access and mentor young girls.

Burks says that pageants are a great opportunity for all women. She wants anyone who is interested to apply and participate.

Contestants are expected to participate in the following categories: interview with the judges, a two to three-minute talent, evening gown and philosophy of life.

“The talent presentation can be anything they can perform well,” Burks said. “We have all kinds of things. We’ve had ladies who have recited a poem. Someone did a bowling demonstration; she was a champion bowler. We had an artist display their work and discuss them or paint a quick picture.”

Burks sang “Cry Me A River,” a jazz song for the talent portion of the Ms. Senior USA pageant.

More information regarding competitions is available at www.mssenioralabama.com for the state-wide pageant, or www.msseniorusa.org for women interested in the USA pageant.

“It is a once-in-a-lifetime opportunity for senior ladies,” Burks said. “They’re accepting applications through the beginning of July.”

Ladies can apply as an at-large contestant, as well. “If there isn’t a preliminary in their area they can still apply,” Burks said.

They program is always searching for sponsorship and scholarships to get involved with, Burks said.

The Troy 8U All-Star team claimed the district championship on Tuesday night after they knocked the Enterprise Nationals 19-4. “I... read more