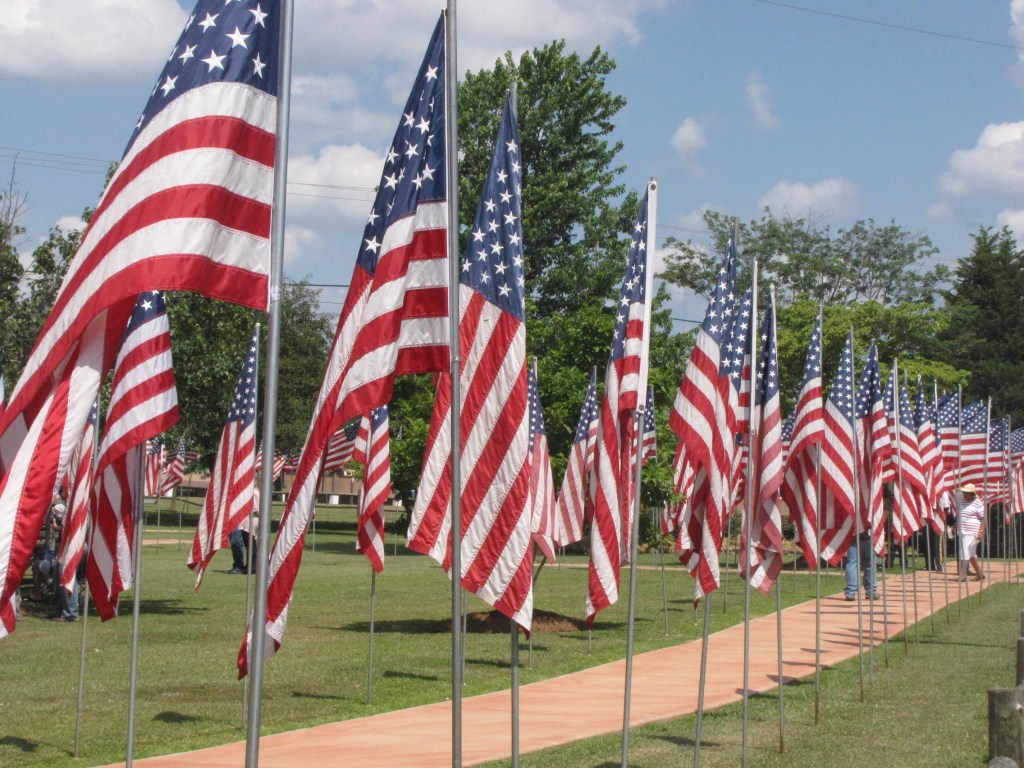 Each year, on June 14th, the City of Troy puts up flags in Bicentennial Park, in recognition of the American Holiday, Flag Day.

The United States flag, also known as “Old Glory,” holds history, tradition and pride and each year the U.S. holds a day of honor for the flag.

On June 14, 1777, the Continental Congress adopted the Stars and Stripes as the official U.S. flag. Even though the U.S. displays the flag with pride now, it was not until April 1861 that Americans treated it as more than an identification marker – the start of the Civil War.

In 1877, on the 100th anniversary, the United States held its first celebration for the American flag. Although it was already being celebrated, it was not until August 3, 1949 when President Truman signed an Act of Congress that made June 14th the official Flag Day.

The idea of celebrating the flag started as a community tradition in different states, many of those celebrating being teachers, who taught children the history of the flag.

In 1894, in IIlinois, the American Flag Day Association was organized in order to promote the recognition of Flag Day and held its first celebration in Chicago, where more than 30,000 children participated.

As the decades went on, the celebration of Flag day became more than just a day of honor. Veterans’ groups, schools and the National Flag Day foundation started to celebrate the day with ceremonies, parades, and picnics.

As time moves on, Flag Day has become a day to share stories of those who have served and fought in our military to protect this country.