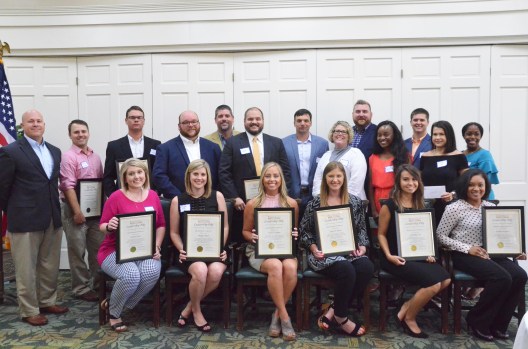 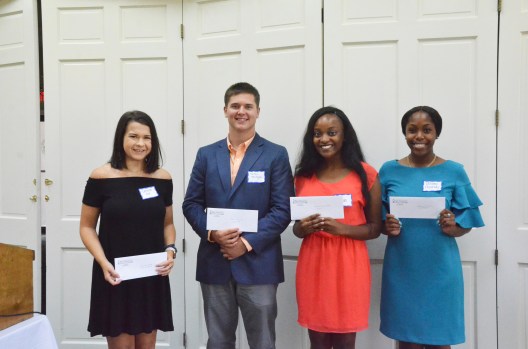 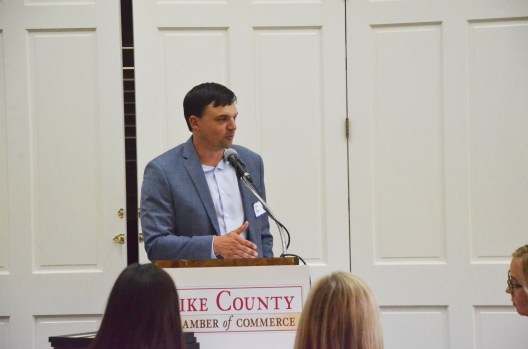 The 2018 Leadership Pike program concluded Tuesday afternoon with the honoring of 13 graduates during the commencement ceremony at the Troy Country Club.

The organization is required to raise at least $4,000 each year, but this year they exceeded the goal and raised $9,000 that went to four high school graduate recipients.

“The seed was planted for us to go above and beyond and give more than 100 percent,” class president Cody Ash said. “Pike County has so much more to offer than even what I thought.”

The ceremony featured Troy University head football coach Neal Brown as the guest speaker, who gave advice on how to be the best leader possible.

“The best advice I was given when I came into my role as head coach was to ‘shut up and listen,’” Brown said. “Leadership is all about influencing others and we all have the ability to be leaders within this world and community. We all have to take care of the simple daily things that make us better.”

Brown continued with the motivation that failure is OK, and it will happen, but an organization must be led by developing the organization into what it can become.

Ash said the class took multiple ‘field trips’ throughout Pike County that taught them something about a program, event, organization or business within the county.

“The first day I asked myself, ‘What did I just get myself into?’” Ash said. “I thought there was no way this group was going to work but we quickly gelled together. Any challenge was accepted. Everywhere we went, I learned something new after each trip that made me want to do more. I now even recycle.”

Pike County Chamber of Commerce Board Chairman Chuck Carson said this program is important for the community.

“We have such a rich history and wonderful additions to this community,” Carson said.