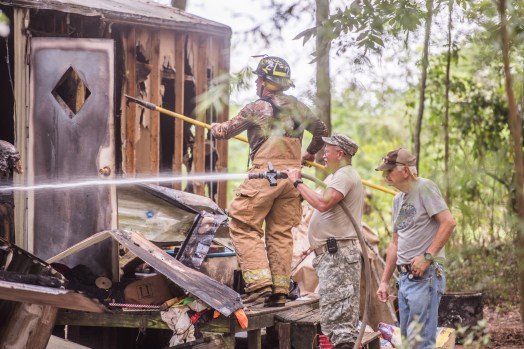 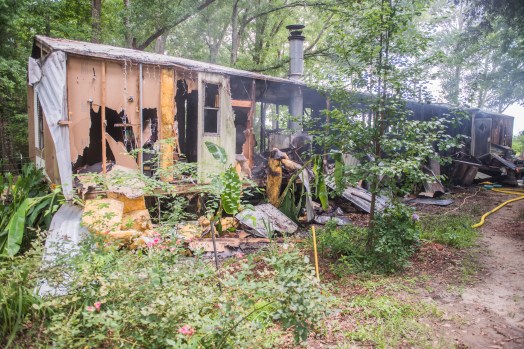 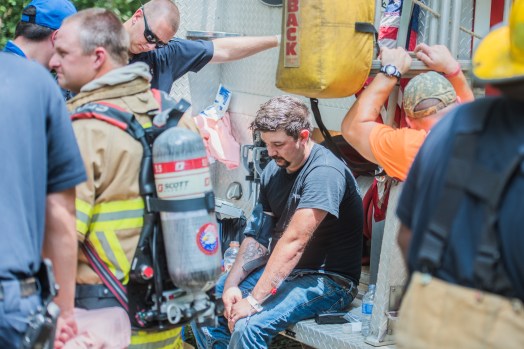 Jeff Marshall pulled up to his Tarentum home Tuesday afternoon to find fire trucks already on the scene, the mobile home gutted by a blaze that had begun while he was away.

Fortunately, Marshall’s daughter, son-in-law and 10-month old grandchild had left the home before the fire started.

But the home they lived in and everything else they own is gone.

“Everything is gone,” Marshall said. “It’s totally destroyed … we were just remodeling and preparing to get a bigger home here. The Lord closes one door and another opens.”

The family no longer has anything but the clothes on their backs; almost anything someone could need in a home, they will need to have replaced.

Marshall wasn’t sure of the exact sizes for his daughter and son-in-law at the time, but he said he wears an XL shirt and 36” by 34” pants. The baby will need clothes marked for a 10-month-old.

Cathy Napper, Marshall’s sister, said donations could be dropped off at St. John Baptist Church in Tarentum, which is on County Road 3341, or St. John’s Church Road, just down the street from where Marshall’s home was destroyed.

Hamilton Crossroads Fire Chief Jesse Senn said there’s no cause yet apparent for the fire, which began at approximately 12:45 p.m. Tuesday.

Senn was the first responder on the scene and said he was surprised to find the structure still mostly intact, so he called for mutual aid and began working to attack the fire.

“That’s the thing about volunteering,” Senn said. “We’re so short-handed.”

Senn said fire was coming out of two sides of the home, so he contacted Marshall and found that nobody was home, so he started fighting the fire.

“I made an interior attack,” Senn said. “I was able to make it to the door and knock the majority of the fire out. But I got hot and tired real fast. It got intense quick. When Brundidge Fire arrived on scene, I got out of there. My body just wasn’t handling it.”

Senn received medical treatment on the scene and recovered from overheating.

He said it will be up to Marshall whether an investigation is conducted.