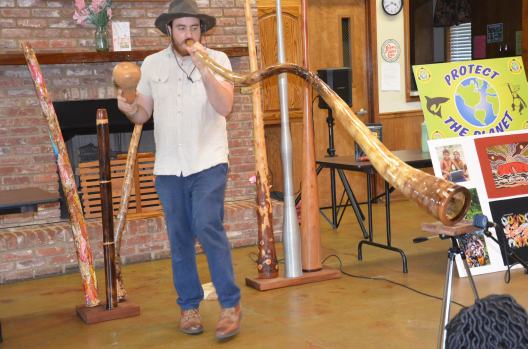 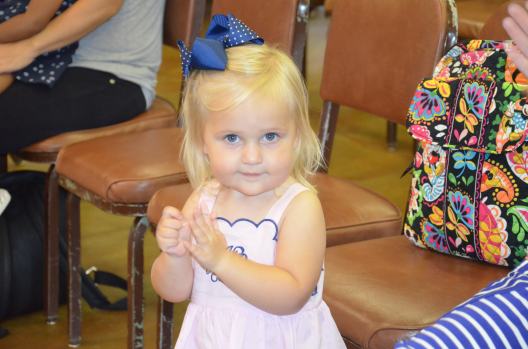 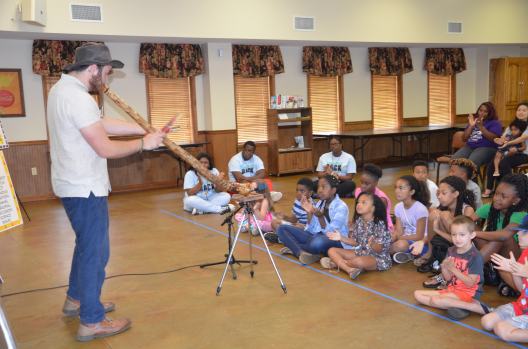 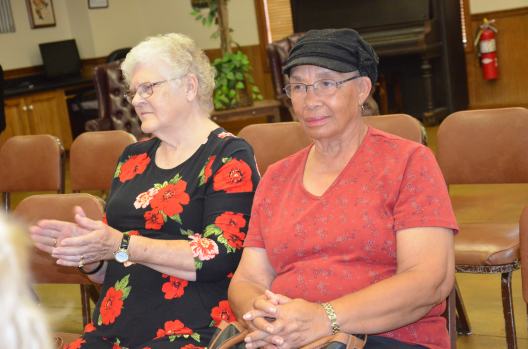 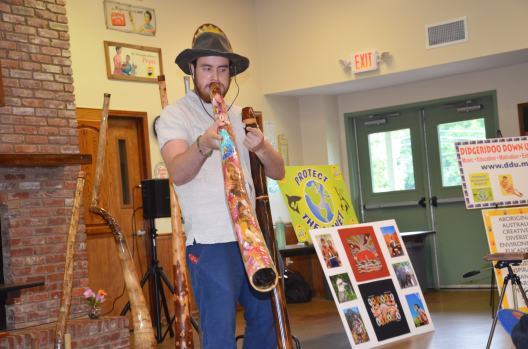 The Tupper Lightfoot Memorial Library in Brundidge kicked off its summer reading program Friday afternoon at Brundidge Station with a program from Down Under –“Didgeridoo Down Under” that is. Kids and moms alike were fascinated by the handmade instruments that made unusual but musical sounds. They heard stories about the aboriginal people who live Down Under in the island country continent called Australia.

Didgeridoos are made primarily from eucalyptus trees that have first been hollowed out by termites. The children were delighted by the different sounds that didgeridoos make depending on the kind of tree, its size, shape and the amount of air that is blown into it. One of the didgeridoos was made from bamboo and, odds are that some of the children will try their hands at making their own funny looking, deep sounding musical instrument.