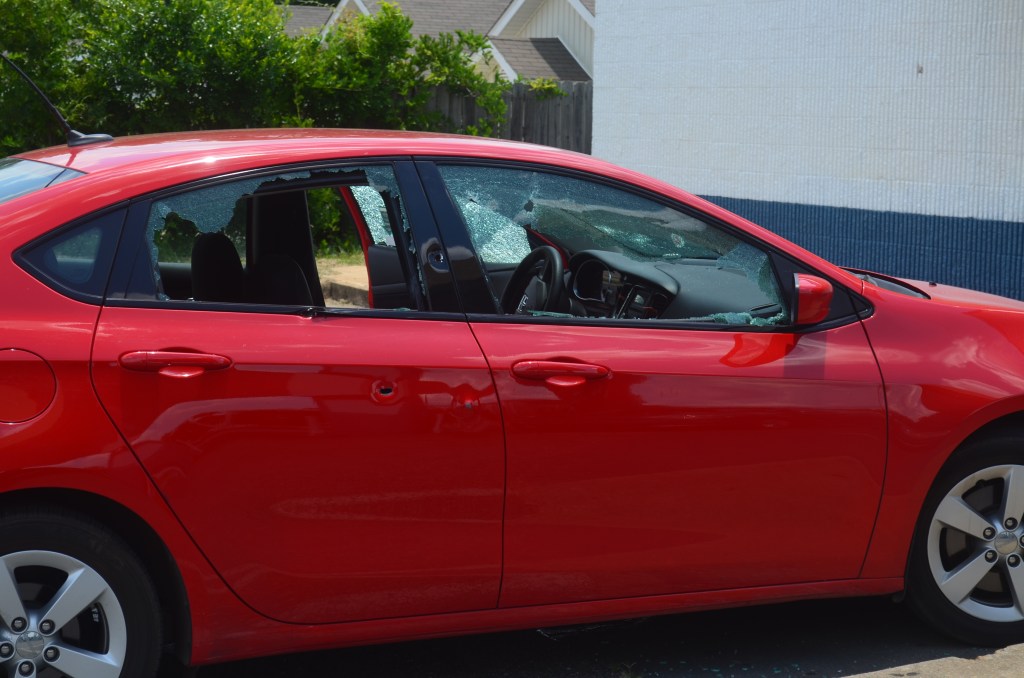 Officers responded to the scene of a shooting Friday afternoon where a vehicle had been shot into multiple times.

“A black male approached an occupied vehicle in the parking lot of a convenience store and shot multiple rounds into the car,” said Troy Police Chief Randall Barr. “The shooter got into a burnt-orange-colored Chevrolet Cobalt and drove away from the scene. The vehicle was last seen traveling Northbound on South Brundidge Street.”

One of the occupants of the car fled the scene after being wounded by one of the gunshots. Officers caught up with him in the parking lot of a nearby apartment complex. The victim was transported to a Montgomery hospital with non-life-threatening injuries.

The other occupant of the vehicle was apparently uninjured in the shooting, which occurred at the Stop N Go convenience store on the corner of South Brundidge Street and University Avenue.

The shooter and the victim exchanged words prior to the shooting, according to Barr.

Officers do not have anyone in custody at this time.

Troy University sent out an emergency message to students to stay clear from campus, but just sent out an all clear stating the shooting “poses no apparent threat to campus.”

This case remains under investigation by the Troy Police Department with assistance from the Pike County District Attorney’s Office.