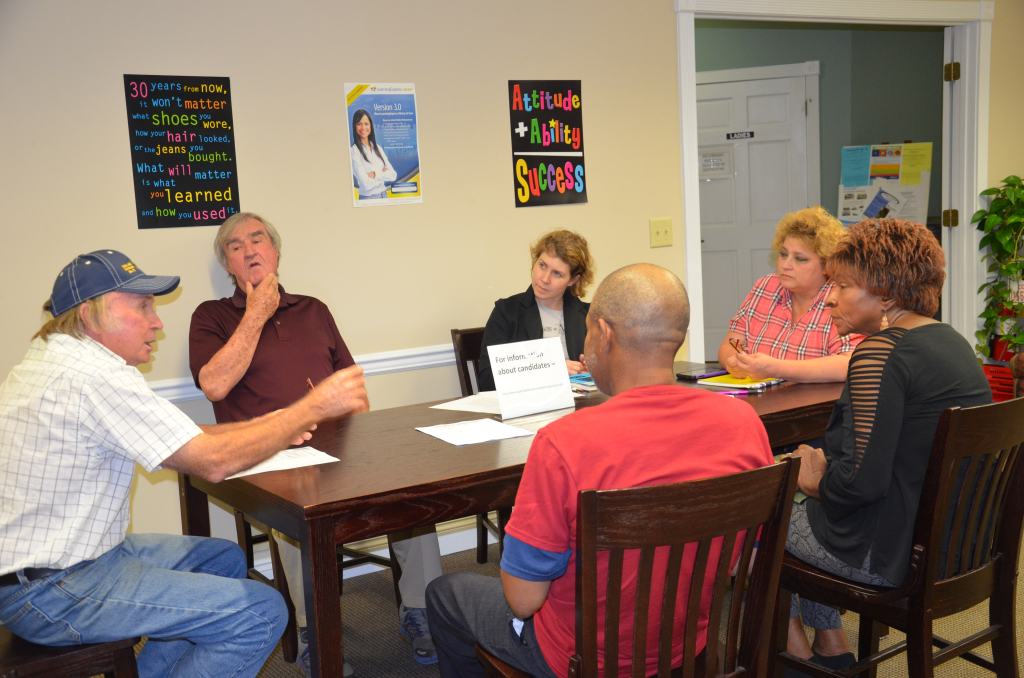 The group was led by Larry McLeod and Ed Hicks. However, Growing Words is not a recordkeeping/dues-paying organization. McLeod said it is simply a gathering of people who find favor with the written word.

“The purpose of poems, of stories is basically to answer two questions – ‘What is human life and how do we go about it?’” McLeod said.

And it’s how writers go about answering or attempting to answer those questions that keep the pages turning.

“All writers since have been attempting to find different ways to say what Shakespeare has already said,” Sutton said. “Take ‘Romeo and Juliet.’ ‘West Side Story’ is one of the many ways that same story is told.”

Some group members agreed, but others questioned whether Shakespeare would even be remembered 50 years from now in this tech-savvy world.

“Who better to know about human purpose than one’s own self,” he said. “Only humans can analyze themselves. And that’s what we do when we write. Whether writing is our vocation or avocation, that’s what we do.”

A struggle for any writer is to find a different way to say something that has already been said.

Hicks said a writer often comes to the realization that nothing astonishing is left to be said and wipes the slate clean. But just when you think you have life and the living of it figured out, “some young dude flips on a light and shows you something you haven’t seen.”

McLeod said writing has got to mean something.

All of those at the Growing Words meeting agreed that, in reading what others write, they discover more of themselves. That alone is enough to pick up a book and turn the pages.

Tentatively, Growing Words will meet at 6 p.m. on the first Monday of each month. All who love the magic and wonder of words are invited.