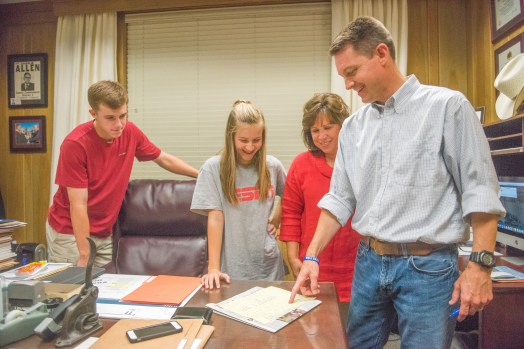 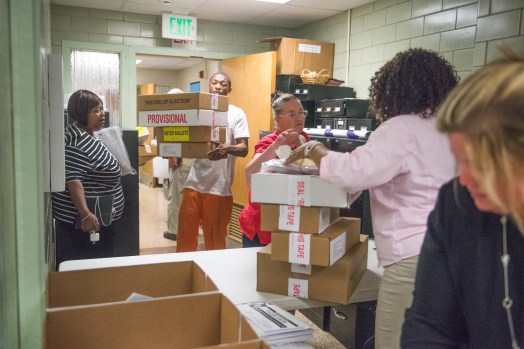 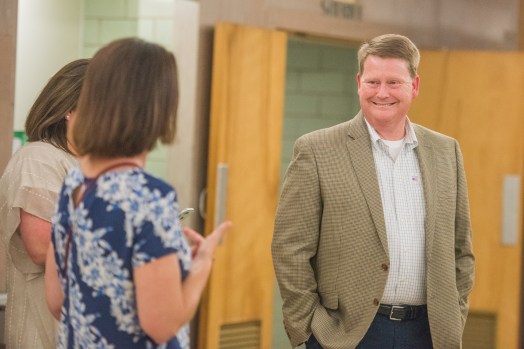 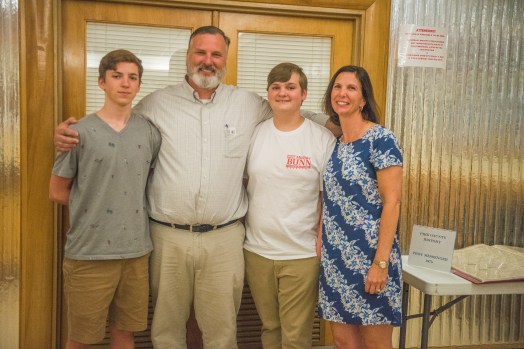 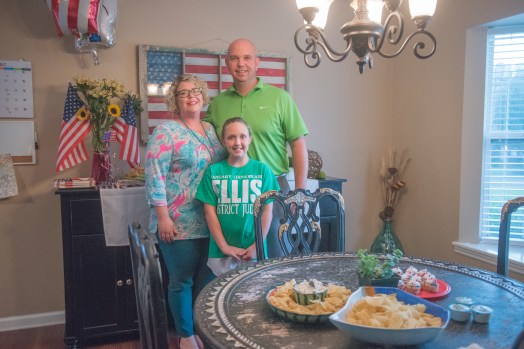 Three local races have unofficially been decided in Pike County and another is going to a runoff if the numbers are certified.

One race that has not yet been decided is the contest to represent District 89 on the Alabama House of Representatives.

Wes Allen, current probate judge, beat out Marcus Paramore, city council president, for the Republican nomination Tuesday night by a vote of 4,279 to 2,038. Allen took 67.7 percent of the vote while Paramore took 32.3 percent.

“We’re very pleased that we were able to win and come out on top, even though we’re only at halftime,” Allen said, noting that he will now face unopposed Democratic nominee Joel Lee Williams, a Troy attorney. “We’re fortunate to be in the position we’re in.”

Allen thanked his family, friends and all those voters who supported him in the race.

Paramore said he will continue in his current role as director of governmental relations for Troy University and as president of the Troy City Council.

“We want to thank all the people that supported us and encouraged us to run,” Paramore said. “I think we had a great message and the right message of growing our area. But the people chose a different message and that’s OK … I’m going to continue doing the things that I’ve always done and try to bring economic growth to our city.”

Taking over Allen’s current position as probate judge will be Michael Bunn, a Troy attorney.

“I am extremely grateful to the people of Pike County for putting their trust in me,” Bunn said. “I look forward to serving them. As a first-time candidate, it’s been an educational process. We’re proud of the race that we ran and appreciative of all the hard work our volunteers did.”

Starling thanked his volunteers and supporters and congratulated Bunn on his victory. “Pike County has made their decision,” Starling said. “I am supportive of that.”

Josh Wilson, a district attorney out of Elba, carried Pike County with 57.98 percent of the vote, but it was not enough to overcome Henry “Sonny” Reagan, an Enterprise Lawyer, who won Coffee County and won the overall race 6,124 (51 percent) to 5,876 (50 percent).

The district judge race has been narrowed down, but it’s not over yet.

Steven Curtis and January “Jana” Blair Ellis have made it through to the runoff while Virginia Green Nowling will exit the race after garnering the fewest votes of the three candidates. All three are Troy attorneys.

“Winning the overall race is very humbling,” Curtis said. “I’m pleased with the support; I’ve still got a little bit of work to do, but I’m ready to keep campaigning.”

Ellis said she is going to keep doing what she has been doing to campaign for the runoff.

“I am just humbled at this point,” Ellis said. “I hope I’ve made my family, colleagues and Judge (Bill) Hightower proud.”

Nowling could not be reached for comment before publishing time.

Curtis and Ellis will compete again in the runoff election on Tuesday, July 17. It will be akin to the primary election, just with a smaller ballot.

Incumbent Chris Wilkes defeated challenger Deb Fortune in the race for seat 6 on the Pike County Board of Education Tuesday in a vote limited to the district that the seat represents.

Fortune could not be reached for comment before publishing time.

“It was greater than what we expected and that’s fantastic; but it’s still so extremely low considering this is a governor’s race and we had several judicial races on there,” Scarbrough said. “Hopefully people realize the importance of this last judicial race.”

The two candidates that Pike County voters supported in the race to represent Alabama’s 2nd District in the U.S. House of Representatives have also made it to a runoff according to the unofficial numbers.

Martha Roby, incumbent, led Pike County with 44.79 percent of the vote, with Bobby Bright behind with 33 percent of the vote. The next highest was Barry Moore, followed by Rich Hobson and Tommy Amason. Roby and Bright also were the top two contenders district-wide.

“I am grateful for the strong support my campaign has received, and I look forward to continuing to discuss my proven record as a conservative Republican for the next six weeks,” Roby said in a statement Tuesday. “We have run this race before. The people who live and work in Alabama’s 2nd District rejected the big-government, liberal policies that came as a result of the Barack Obama and Nancy Pelosi era when they voted to replace Democrat Bobby Bright with a Republican. I am confident they will do so again.

“Our unified Republican government has accomplished a lot over the last year and a half, and I believe I am best-positioned to deliver meaningful results for our military, veterans, farmers, and hardworking Alabamians. I’m eager to continue my work on behalf of the people I represent, and I humbly ask for their continued support on July 17.”

Audri Scott Williams squeaked past Tabatha Isner in Pike County, grabbing 50.6 percent of the vote compare to Tabitha Isner’s 49.4 percent. However, Isner took the district to become the Democratic nominee with 60.2 percent of the vote.

Pike County Democrats supported Sue Bell Cobb overwhelmingly in the race, with 59.4 percent of votes going to her over Maddox at 19.2 percent.