OVERCROWDED: Shelter out of space for animals 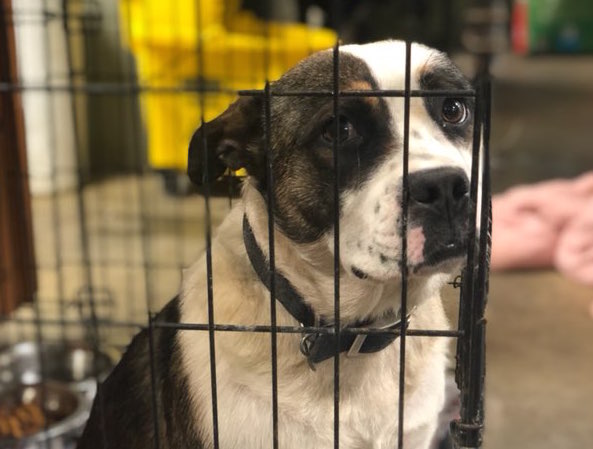 Up to four dogs were scheduled to be euthanized yesterday at the Pike Animal Shelter if no one came to adopt them by 4 p.m.

Director Jacqueline Meeks said the overcrowding od dogs in the facility on Henderson Highway is a never-ending problem.

“We are completely out of room,” said Director Jacqueline Meeks. “We have dogs staying in the bathrooms. We are about to euthanize at the end of the day if no one is fostered or adopted.”

Even as Meeks spoke about the problem of overcrowding, a local resident came in to surrender his animal because, he said, they were moving somewhere that did not allow animals.

There are currently over 100 dogs and over 150 cats residing at the shelter. They are being doubled up, put in the bathroom or closets, under tables or stacked 7-feet-high in kennels. Not one room can be walked into without walking over a cat or a dog.

Surrenders and abandonment are high right now, according to Meeks, due partially to Troy University students that are leaving the animals behind because their parents aren’t allowing them to bring it home or because they no longer care to keep the animal.

But Meeks said there are even worse reasons for the high number of animals they are taking in.

“Families are going on vacations and abandoning the animal before they go,” Meeks said. “They don’t want to find someone or pay the boarding fee to house the animal, so they just abandon it out in the country or surrender it here. The situation is a nightmare.”

The biggest help the shelter needs right now, besides adoption and foster volunteers, is the donation of food and supplies.

“We only get a set budget every year and we are way over it now,” Meeks said.

Fostering an animal clears up space for another to be rescued off of the street and is only temporary until it can be adopted.

Abandoning an animal is illegal in the City of Troy. The Troy Code of Ordinances states that “any person who… abandons any animal shall be deemed guilty of a violation of this section,” and will receive a fine of up to $500 for violating the code.

Meeks said that they have specific stipulations on which dogs they choose to be put down; the longer the animal is at the shelter, the more they are at risk for being euthanized.