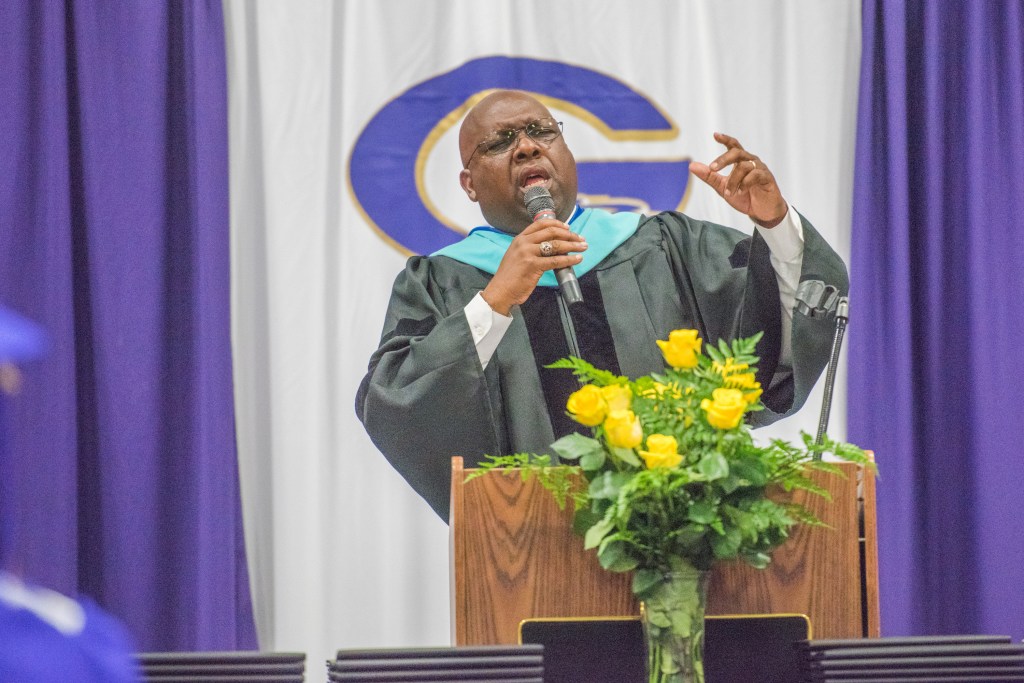 Major Lane is retiring as principal of Goshen High School on June 30 but he will remain loyal to the school that he loves and the community that is home.

“I’m retiring but I’m not going anywhere,” Lane said. “I’m pastor of Mount Carmel Missionary Baptist Church so I have mission work to do. I’m also a chaplain with the Pike County Sheriff’s Department and I do a lot with them.”

Lane is also an avid football fan so he plans to see some University of Alabama games and also a few Pittsburg Steelers games.

“I want to take some trips to Savannah, Seattle and Dover, Delaware. I went to basic training there back in 1979, and I want to go back with my family. My wife, Peggy, and my three daughters, have some plans – things for me to do.”

Lane, laughingly, said he has a lot he wants to do but he also has many experiences he will always appreciate and cherish.

When Lane was born, he was given the name Major. He is often asked if “Major” is a military title or his “real” name.

“Major is my name,” he said. “It’s a family name that goes back to the early 1900s,” he said.
Lane grew up in Montgomery and attended public schools there and went to Alabama State.

“I was commissioned in the Air Force but I didn’t make major,” he said, laughing. “When I got out, my plans were to go into the medical field. But I had applied for a teaching position. Before I got out of Tyndall Air Force Base good, I got the call that they needed me.”

“My interest in medicine led me to science and I really enjoyed teaching at Pike County High School,” he said. “Dr. Johnny Wright was my principal and Joe Boyd was the assistant principal. I learned a lot from both of them that helped me in the classroom and as an administrator. I coached under Wayne Grant. He was a hard worker, a great teacher and motivator. I learned a lot from him that has helped me throughout my career.”

Lane made the move to Goshen High School where he was the defensive coordinator for the Goshen Eagles football team and head basketball coach. He stayed in coaching for seven years before accepting the assistant principal’s position.

In 2014, he became the principal of Goshen High School.

“Being here at Goshen has been a great joy,” he said. “It has always been my desire to inspire and motivate our students and to be a servant to the people. I don’t know of a better community to be a part of or a greater place to raise kids up than Goshen. There’s no place I would rather be.”

Lane said there are many highlights of his career in education and times that he will remember with fondness. But what stands clear is the 100-plus athletic scholarships that were awarded during his tenure.

“Combing academics and athletics and excelling at both is an outstanding accomplishment,” he said. “Both have been a part of my career and I have enjoyed every day that I have been in education. I’m retiring but I’ll always be involved in some way.”