A SERVANT’S HEART: Smith’s focus is on helping people 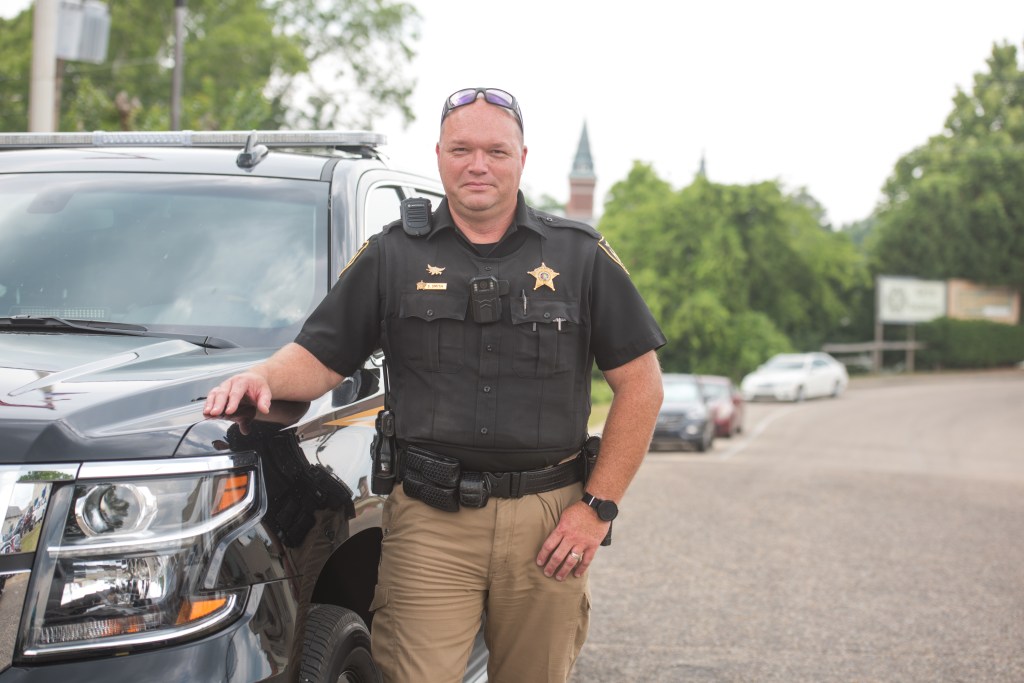 Shawn Smith has always wanted to be a police officer, so one day in 2007 he decided to leave his job as a mechanic and begin work with the Sheriff’s office as a jailer.

“I always joke I bonked my head on a car one day decided to give it a try,” Smith said.

Now 11 years later, Smith is a patrol deputy that also serves on the department’s dive team and special response team.

Smith said he has policing in his blood.

“I’d always wanted to be a police officer – my grandfather and one of my uncles were policemen – so I decided to give it a shot,” Smith said. “I’ve enjoyed it since I began. My favorite part of the job is just helping people. When I come up to a situation, I want to resolve it without issues and make it better. If you have a problem, I’m going to do what I can to solve it.”

Smith said the job can also be tough at times, especially when dealing with tragedies.

It was Smith’s background in SCUBA diving with his wife that landed him on the dive team.

“I was already a certified diver before joining the sheriff’s department,” Smith said. “My wife and I dived together for years – used to white water kayak for years and do all that sporty stuff before I had kids.”

Now Smith uses that recreational experience to help recover people and items on the dive team.

“We do search techniques for guns or weapons that may be thrown in the water,” Smith said. “We’re trained to work with zero visibility.”

As a member of the special response team, Smith responds to situations such as hostage situations and fugitives that have blockaded themselves inside their homes. He also works search warrants for drugs.

“Mainly what’s going through my mind is protecting my team and myself and also the person if that person can be not hurt doing it,” Smith said. “We don’t want to hurt anybody doing anything that we do … You also realize that subject has a family too and that they might be having problems and are not thinking clearly.”

Smith said one of his most memorable experiences as an officer was a wreck where a mother and her infant daughter were pinned to a tree. The mother did not survive, but deputies were able to pull the car away from the tree and save the baby.

“The baby ended up being perfectly fine, with hardly even a scratch on her,” Smith said. “I love stuff like that where anybody ends up being better off than you thought they were ever going to be.”

All these years later, Smith said that feeling of making people better off is still what drives him.

“I just want to make this community a better place in the end.”