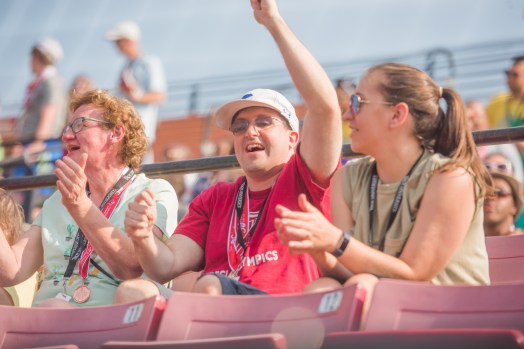 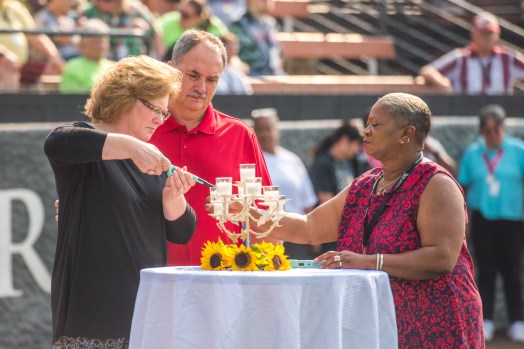 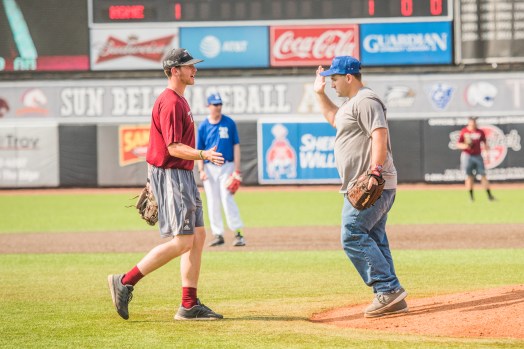 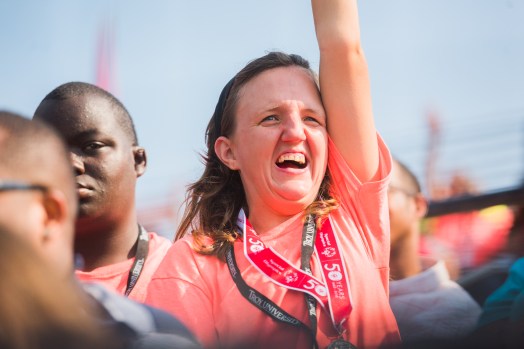 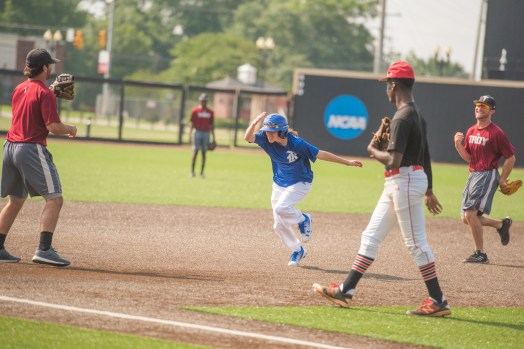 The 2018 Special Olympics Alabama State Games came to a close Sunday with many happy athletes and parents going home with not just medals but memories.

Athletes from across Alabama descended on Troy University over the weekend to participate in the games, including track and field, aquatics, cycling and more.

The arrival of law enforcement officers from across the state at the Troy Police Department heralded the start of the games.

Alabama Law Enforcement Torch Run coordinator Debbie Sumrall said the torch run began in Kansas in 1986 when officers realized nobody was carrying the eternal flame. “It spread from there,” she said.

Two teams started the run Thursday– one in Huntsville and one in Anniston – and then met in Gardendale before ending the day in Birmingham. The run picked up Friday in Pelham and made a stop in Montgomery before heading to the Troy Police Department for the final leg.

“Running to and seeing the capital was an awesome thing to do,” said Auburn officer Derek Johns, who participated for the first time Friday. “We were really excited to see the turnout for it all. Special Olympics is near and dear to my heart because my sister has Down syndrome. I was very thankful I had off so I could go to this. The support and partnerships that happen because of this is an awesome sight to see, especially with this being my first time doing this.”

A few hours later at the opening ceremonies, athlete of the year Dakota Lindsey and Sgt. Shelby O’Connor of the Shelby County Sheriff’s Office together lit the massive torch to mark the start of the games.

O’Connor has been involved with the Special Olympics Torch Run for the last 13 years and has even run at the international games in China in 2007.

“It was amazing,” O’Connor said. “There were 150 cops from around the world that ran the torch on the Great Wall. It was a once-in-a-lifetime experience.”

O’Connor said the opportunity to accompany the athlete of the year to declare the state games open is an especially delightful treat.

“I am so excited that I get to do it,” she said. “I think we get more out of it than (the athletes) do. We get so much out of being around them and being able to help. We have a great relationship with Special Olympics.”

Teams from all over the state proudly made their entrances to the games Friday night, carrying their banners and dancing and giving thumbs ups to the crowd.

“We’re pleased and proud to have them return to Troy for a 12th year,” said Herbert Reeves, Dean of Student Services at Troy University. “The games continue to grow and we continue to try to find new ways to engage these athletes not only in their competition but activities outside their competition. We enjoy having them here.”

Hudson Jones, an 8-year-old boy from Dothan, participated in the games for the first time Saturday, taking home the 200 meter gold medal in cycling, which was held at the Peanut Festival grounds in his hometown.

Hudson’s parents Clint and Beth Jones said Hudson enjoyed the opportunity to come out and bike in competition.

His mother explained that Hudson has Williams syndrome, a rare genetic disorder in which part of chromosome 7 is missing. “It causes developmental delays and heart issues,” she said.

The disease is often referred to as Joy syndrome as well, said his grandmother, Sally Spencer, due to the happy personalities of most people diagnosed with the disorder.

That is certainly true of Hudson, who was busy entertaining volunteers with some dance moves nearby.

“He was getting ready for his bath one night and I found him standing in front of the mirror dancing,” Beth Jones said. She pitched in with him and hummed a tune for him to dance to, sparking the child to now love dancing to that tune wherever he’s at.

Outside of the Special Olympics, Hudson loves jumping on the trampoline, ninja class and playing miracle league baseball.

“It’s so much more for them than just competing,” Cobbs said. “They get to see family and friends they haven’t seen in forver. These kids don’t get to do a whole lot of travelling either. For the families and the parents, it means a lot.”

Garrett overcomes a traumatic brain injury to compete in the games for the Morgan County Delegation.

Cobbs was joined by her son’s fellow Olympian Jeffery Watson, who said he has been bowling for 13 years and competing in Special Olympics for the last 5 years. He said he enjoys bowling, and that his strategy is to line the ball up with the dots and arrows on the lane.

Marcus Youngblood, 31, of Shelby County said he enjoys getting to participate in the Olympics after spending the rest of his time helping out with other sports at Shelby County High School.

He said he helps with football, basketball and baseball during the year.

He has even given back to other Special Olympians, including giving one of his silver medals in the 2014 national games to an athlete that had not medaled during the games.

Dan Bost, a member of the executive board of directors, said the Special Olympics open a “world of opportunity” for the participants. “They just have so much enthusiasm,” Bost said.

In all, over 1,000 athletes came in to participate in the 14 different categories of competition spread out across the Troy University campus as well as various sites in the City of Troy.