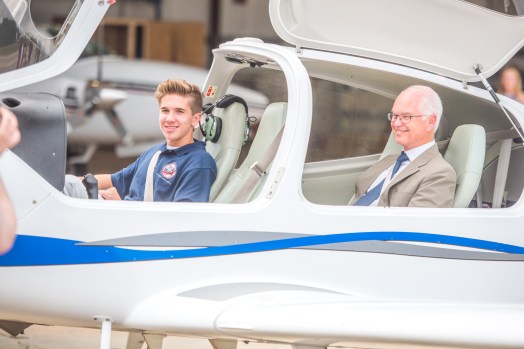 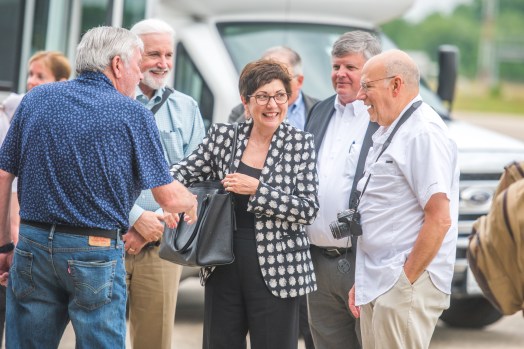 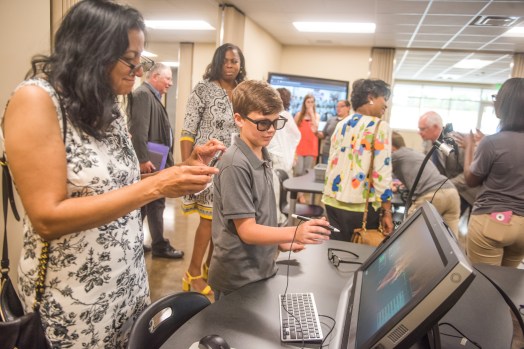 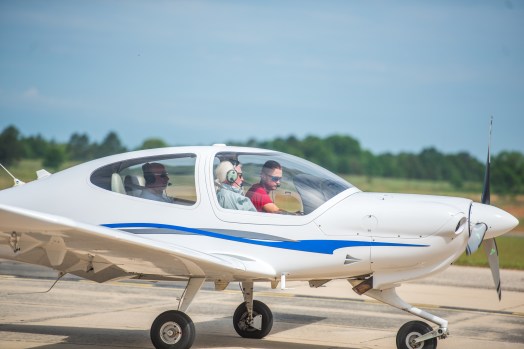 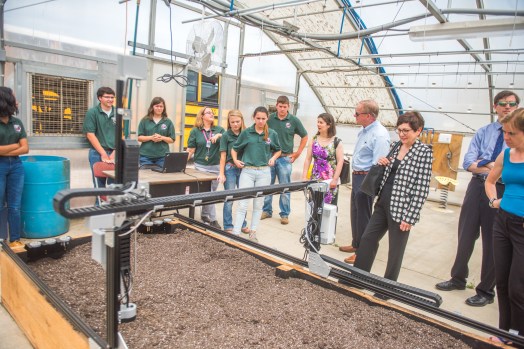 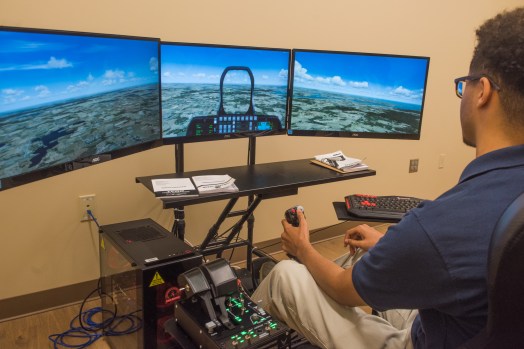 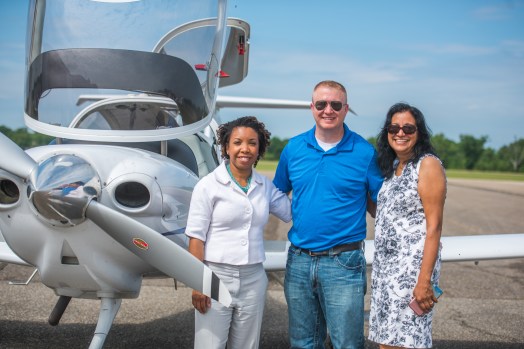 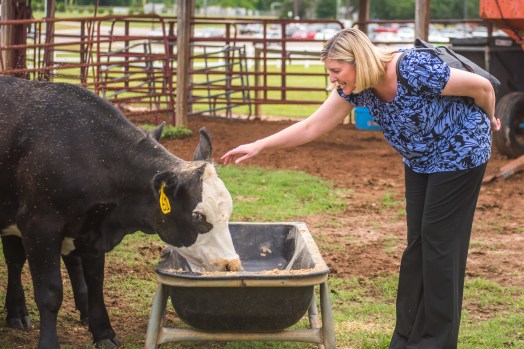 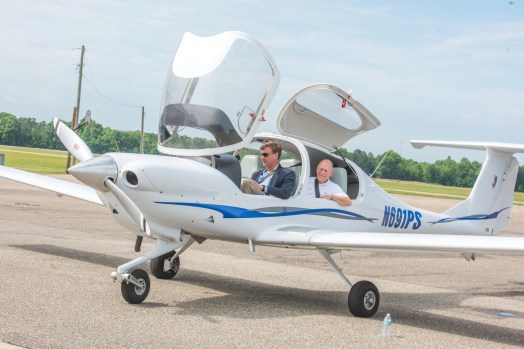 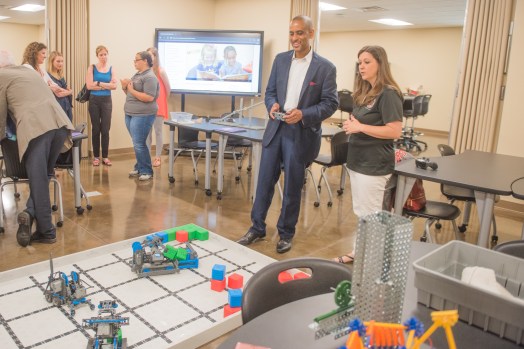 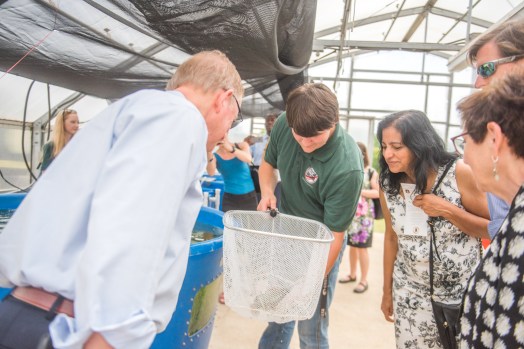 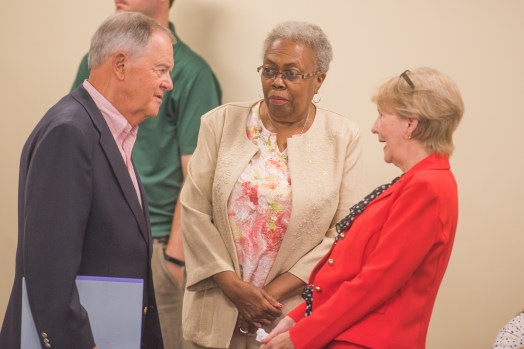 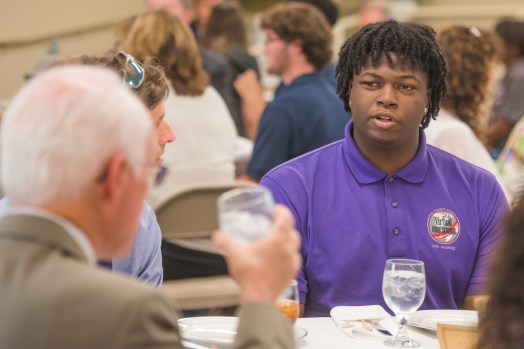 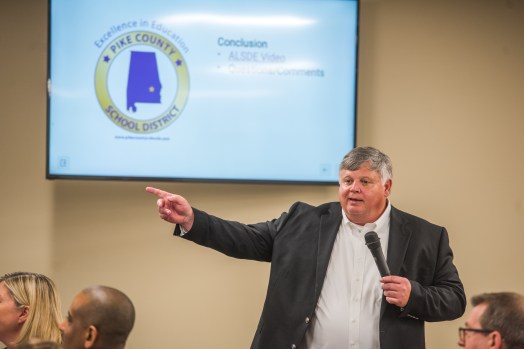 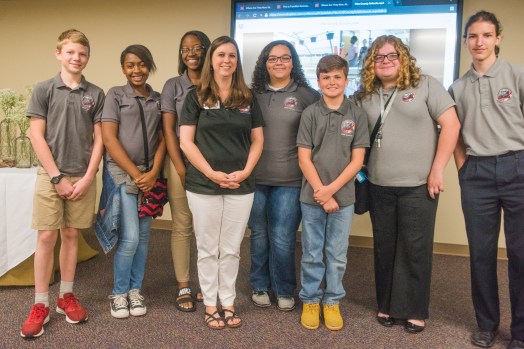 Carol Jago grinned as she talked about the flight she had finished just moments earlier at the Troy Municipal Airport.

“It was so easy and beautiful,” she said. “The young man in the plane with us, the student, told us it was his first time ever in a plane …

“And that’s interesting to think about. Those of us in urban centers often forget about opportunity gaps … And the opportunity this program is offering these students is a window to the world.”

Jago, the associate director for the California Reading and Literature Project at UCLA and a nationally recognized English curriculum expert, was one of nearly two dozen members of the National Assessment Governing Board who came to tour the Pike County Schools academy and STEM programs on Thursday. The visit was part of the NAGB’s quarterly meeting being held this week in Montgomery and marked the board’s first visit to Alabama and a rural school system.

“This is an incredible opportunity for (the NAGB members) to see what’s possible,” said Lisa Stooksberry, deputy executive director of the NAGB. “Across the country we are looking at post-secondary preparedness, be that college; be that associate degree; or be that a career … And what this board cares about is what Pike County cares about … doing the right thing for our students and their careers. This is an opportunity for the board to see what’s possible in an unfamiliar and probably unexpected setting.”

The day began for board members with a stop at the Troy Municipal Airport to learn about the First in Flight Leadership Academy, which allows high school students the opportunity to earn both an associate’s degree in leadership studies and a pilot’s license before graduating from high school – all at no cost to the students or their families. The visiting NAGB members flew with two students just entering the academy.

“We talk the talk in public education that everybody should have an opportunity,” Jago said. “But if your school district is paper, pencil, and old textbooks with a stale curriculum, you shouldn’t be surprised that students are saying ‘no thanks. With a program like this, it gives them a reason to study math, science … and stay in school.”

The First in Flight Leadership Academy is one of eight career-readiness academies offered through the Pike County Schools. Members of the NAGB board also toured the Agriscience Academy at Goshen High School and the Business and Finance Academy at Pike County High School before regrouping at the district’s new advanced learning center, which houses its STEM academies and credit recovery programs.

Dr. Mark Bazzell, superintendent of the Pike County Schools, said the district’s goal is to graduate 30 to 35 percent of students with an associate’s degree through dual-enrollment academies and to graduate 60 to 65 percent of the students with a short-term certificate, in programs as diverse as aviation mechanics and app development. “We have a pretty good idea of what college readiness is going to look like, but we also have to recognize that we have kids in our school system who will walk into jobs that haven’t been created yet,” Bazzell told the group. “And we have had a fundamental change in the culture of our school system.”

The Pike County system is representative of many throughout Alabama and the nation, Bazzell said. The district serves about 2,150 students with an annual budget of just over $22 million. A commitment to focusing on the needs of each child, along with an innovative faculty determined to “think outside the box” and the support of the school board and community all play a role in the district’s success, he said.

The visit was designed to showcase “big, blue sky visions” for the future of education, a goal of the NAGB, said Chassidy White, an Alabama educator who serves on the board.

By all accounts, it was a success.

“What you have done is truly breathtaking,” Terry Mazany, former president and CEO of The Chicago Community Trust, told students, faculty and administrators gathered with the NAGB members at lunch. “You are leading the country … and your story is the future of education in our country. Education can’t be kept separate from career preparedness … and while the NAEP (administered by the NAGP) is the gold standard for academic cognitive performance, what we don’t know is how to do is assess and provide information about everything else, which as you have demonstrated is critically important …

“You have given us a North Star, and we’re very appreciative of that; you are blazing the trails for the rest of us to follow.”

Cary Sneider, a visiting scholar at Portland State University and pioneer in the development of the national STEM movement and curriculums, said education is undergoing an important shift focused on teaching students “what they need so they can be effective people in the world,” he said. “I’d like to see this district as a model not just in Alabama, but in the country.”

Beverly Perdue, former governor of North Carolina and managing director of Perdue Strategy Group, echoed the sentiment. “I’ve heard all the talk (about public education and career readiness) but I’ve never seen it in action until today,” she told the group. “I’m blown away … and I’m going to tell your story to everyone.”