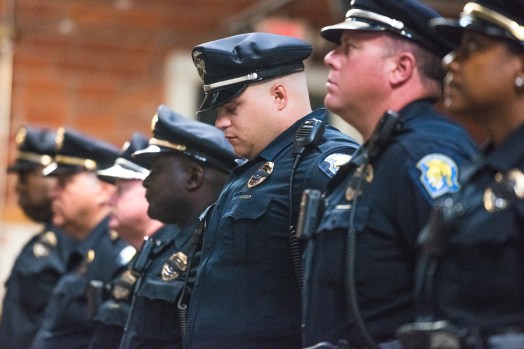 Messenger photo/Jonah Enfinger Troy police gathered at The Studio Wednesday morning in a ceremony remembering officers that have fallen in the line of duty in the department. 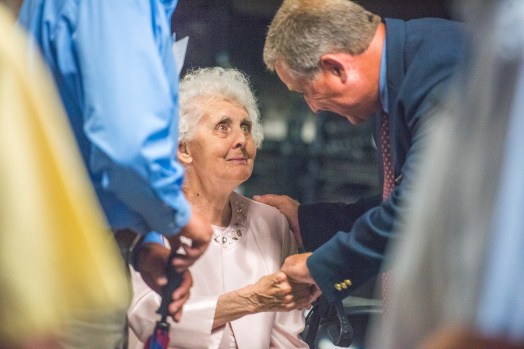 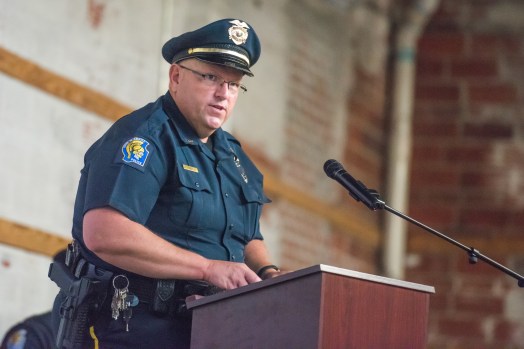 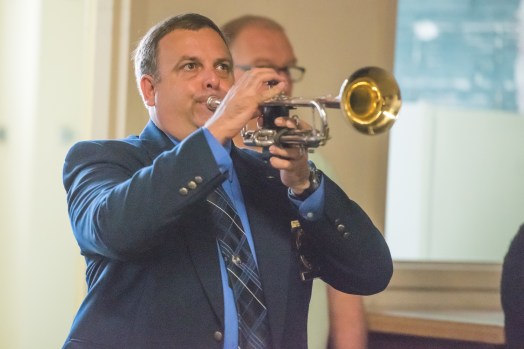 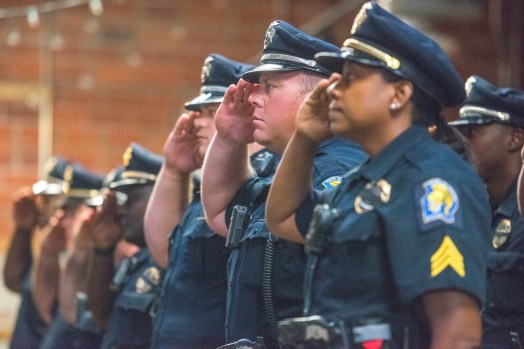 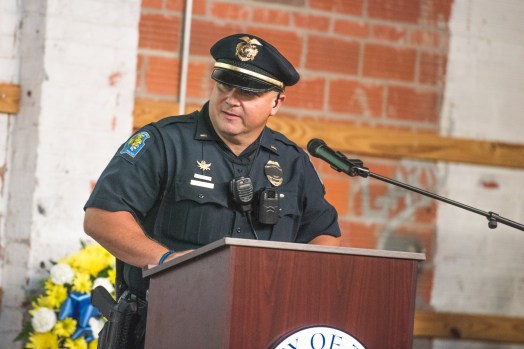 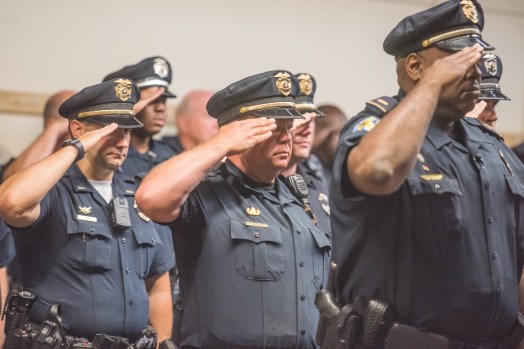 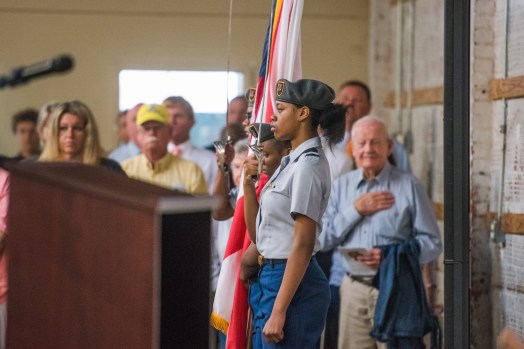 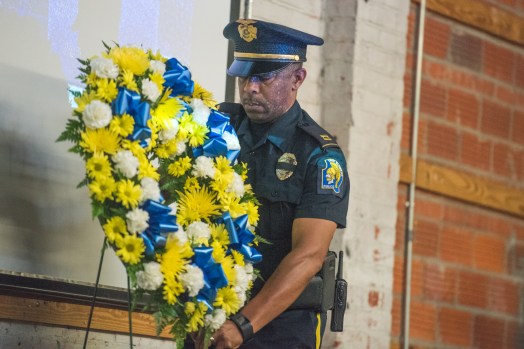 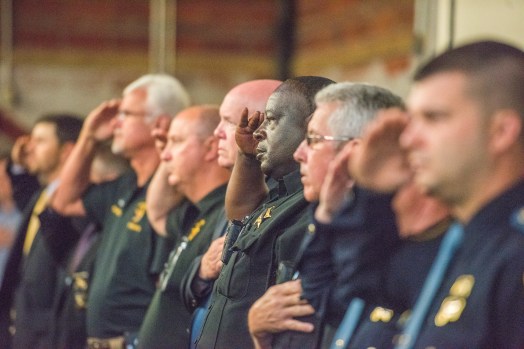 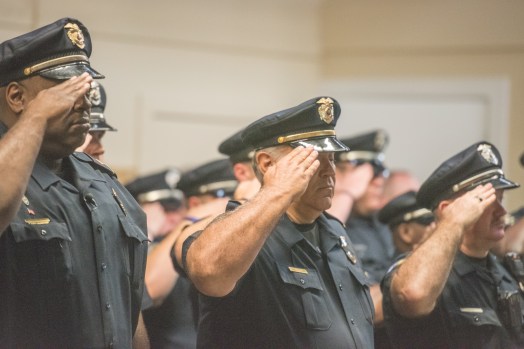 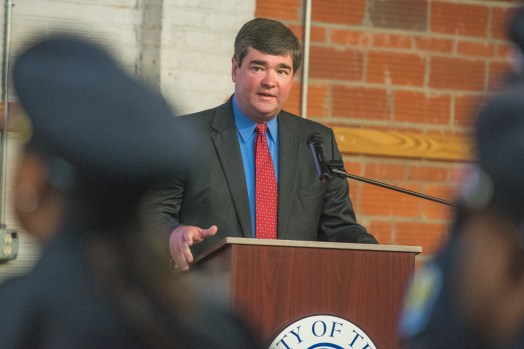 By Jacob Holmes and Tamela Staples

“I remember being a 9-year-old boy, on Thanksgiving 1981, when the yellow phone that hung on the wall in my grandparent’s kitchen rang,” Mayor Jason Reeves told the officers and community members gathered at the Studio Wednesday for the City’s 40th annual Police Memorial Ceremony. “I was young, but I was old enough to know … that people that had my dad’s job didn’t always come home. I remember that day, it’s etched in my mind.”

Troy police officers were joined by the families of the fallen police, city officials, Troy residents for the memorial service Wednesday.

“We’re so fortunate in the Troy and Pike County Area to have a group of law enforcement officers that work together for the betterment of this area”, Reeves said.

Reeves said the day is a day of remembrance, reflection and resolution.

Capt. Danny Barron prayed that the sacrifice of those who have given their lives sticks with the people of the community.

“I pray that as we get together here today, that we remember these officers and that we never forget the great sacrifices they made for us, the examples they set and how they lived their lives,” Barron prayed.

Reeves closed by telling the officers that he could not do his job without them and reassured them that he and the community stand behind them.

“I am the mayor of every person in this town, but I can’t do that without all of you and we can’t be a nation of laws without law enforcement,” Reeves said. “It means so much to me that you’re willing to put on that uniform and make the ultimate sacrifice.”

Chief Randall Barr gave the Roll Call of Honor to the fallen officers as Detective Michael O’Hara and Officer Alex Bagget-Griggs performed, “Taps” as they presented a ceremonial wreath to mark the occasion.

Officials typically have held the ceremony at the Police Department, where a monument bearing the names of the fallen Troy officers stands, but were forced to move inside due to rain.