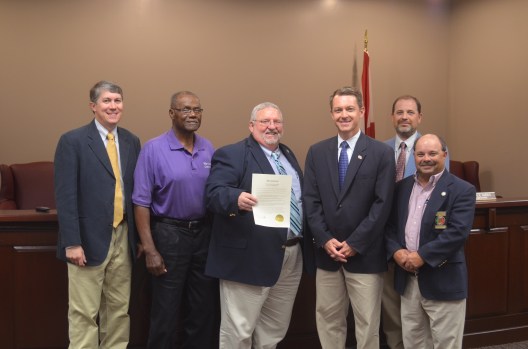 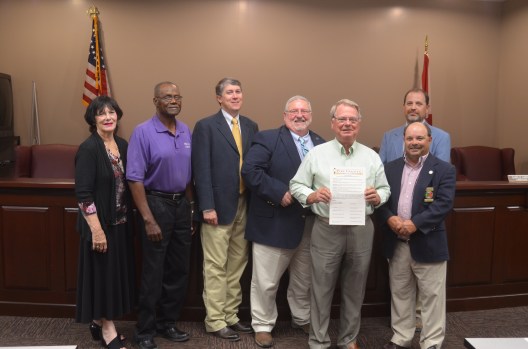 Work is planned to begin soon on the Meeksville Emergency Shelter with the final obstacle being solved according to EMA officials.

“There’s a septic tank at the (Meeksville) Volunteer Fire Department that is not being used, so that is going to be used for the shelter,” Reeves said.

A grant to fund the construction of a shelter in the Meeksville area was secured in August 2017 and officials have been preparing the project since then.

Reeves did not have a timeline for exactly when the construction will begin or when it would be completed.

The county also addressed the vacation of a road in their meeting Monday night, voting unanimously to suspend rules and approve a motion for the vacation of a small portion of road County Engineer Russell Oliver described as a “driveway.”

“It’s a driveway into one family’s property and they do not want us in there,” Oliver said. “This is completely different than the other vacations we have been considering.”

According to Oliver, the family applied to have a child’s address on the property and it was discovered that the driveway was still a county road, although Oliver said the county has not maintained the portion of road for 20 years.

Attorney Allen Jones said there are many situations similar to this throughout the county and proposed addressing them in “one sweeping vacation.”

“The issue is there are roads like this scattered all over and under the law, you’ve got liability; what do you do when you’ve got all kinds of things going on out there?” Jones said. “I would propose doing a big sweeping vacating of roads in one process; that is the sort of plan I have in mind.”

Jones said he and Oliver are working on the due diligence necessary to undertake the project.

In other business, the commission:

Unanimously approved for the Revenue Commission office to upgrade their system to Ingenuity, which the office had budgeted prior to the request

Approved a contract extension with Ingenuity for the probate office

Received $2,000 for a surplus printer sold by the probate office

Cancelled their May 28 meeting

The commission’s next meeting will be Monday, June 11 upstairs at the Pike County Health Department. The work session will begin at 5:15 p.m. and the business meeting will follow at 6 p.m.