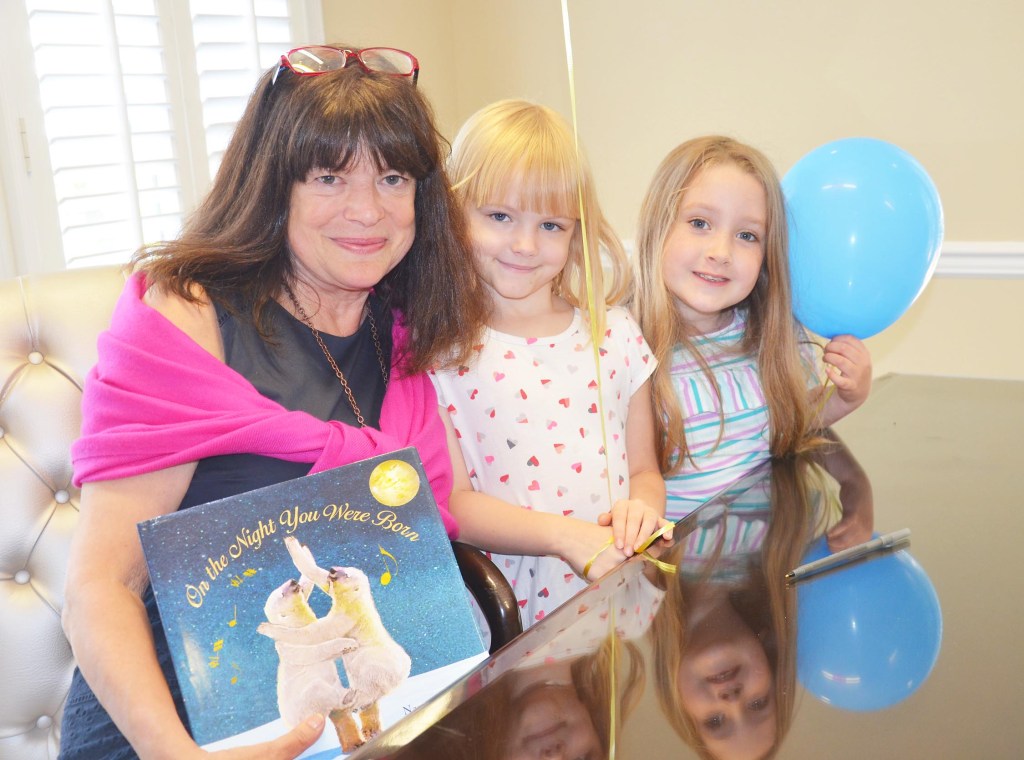 Messenger photo/Jaine Treadwell Best-selling children’s author, Nancy Tillman of Portland, Oregon, visited the Tupper Lightfoot Memorial Library in Brundidge Saturday. She talked about her career as an author and read her first best seller, “On the Night You Were Born” to her audience. Pictured with Tillman are Jane Pack and Maddie Carmody.

Nancy Tillman’s mother began reading to her at an early age. She loved the rhyming words of Dr. Seuss and the craftiness of Br’er Rabbit. At an early age, Tillman learned to love words. She loved stories, read and told.

Today, Tillman is the author of numerous children’s book including five that made the New York Times Best Seller list. On Saturday, Tillman was guest of the Tupper Lightfoot Memorial Library and spoke about her books and her career to a large group of children and adults.

Theresa Trawick, Tupper library director, said the library was fortunate to have Tillman as a featured speaker.

“She was going to be in town visiting her mom, Suzie Hastey, a Brundidge native, for Mother’s Day and graciously agreed to the library visit,” Trawick said.

Tillman immediately gave credit for her love of books to her mom.

“I was fortunate to have a mom who enjoyed reading. She instilled the love of reading in me,” Tillman said. “With my first book, and then with my other books, I wanted to say what parents feel about their own children. That’s why I write in first person.”

Tillman’s first book, “On the Night You Were Born,” was self-published and was quickly and widely well received.

She took time to read her first bestseller to her library audience.

The book begins: On the night you were born; The moon smiled with such wonder; That the stars peeked in to see you; And the night wind whispered, “Life will never be the same.”

“Those words came from a pure place in my heart,” Tillman said. “Those are words that parents feel about their children.”

Tillman writes children’s books that are close to the parents’ hearts. And she has given birth to a book for the children, “Tumford” the cat. Tumford is not a bad cat, but it seems as if he is always misbehaving.

“I want children to know that even if they misbehave, they are still loved,” she said.

Not only does Tillman write her books, she also does the illustrations.

“I do all of the illustrations digitally and it can take me up to nine months to illustrate a book,” she said.

Tillman, who lives in Portland, Oregon, said she doesn’t do many books signings now because there aren’t as many small bookstores to host them.

But Tillman’s children’s books continue to be popular because, Trawick said, they do say the words that parents want to say. “And just the sound of them let’s children know they are loved.”