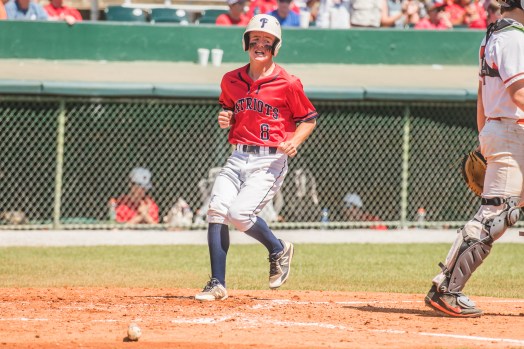 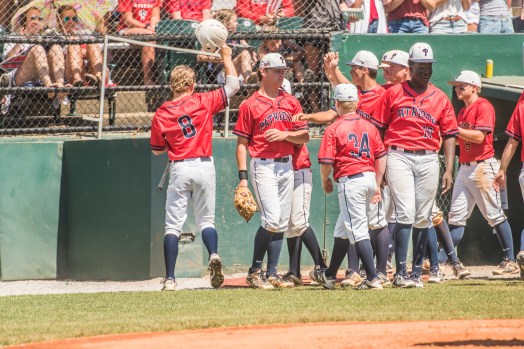 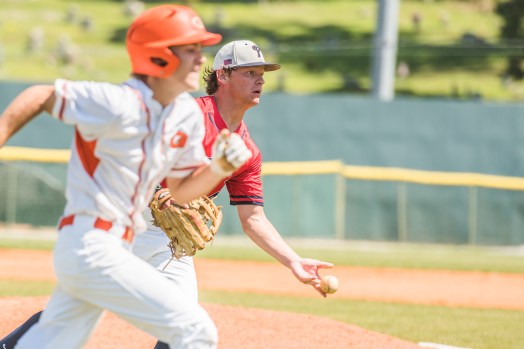 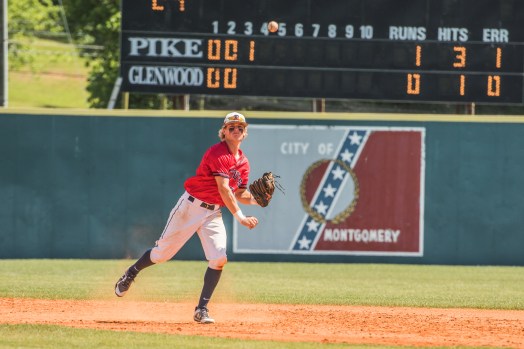 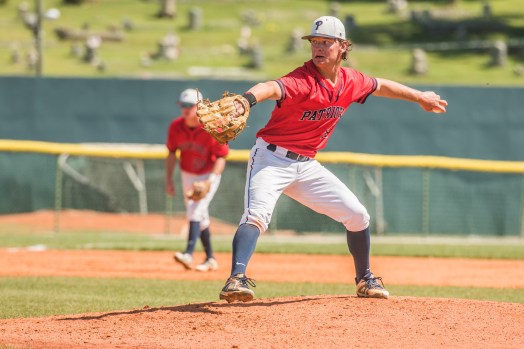 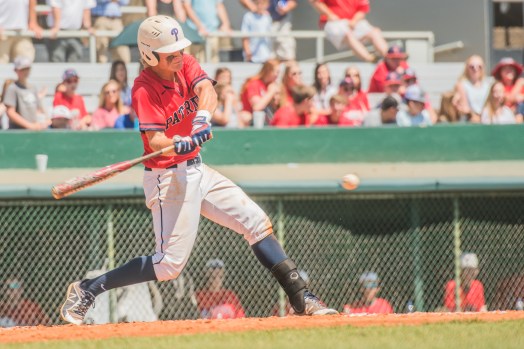 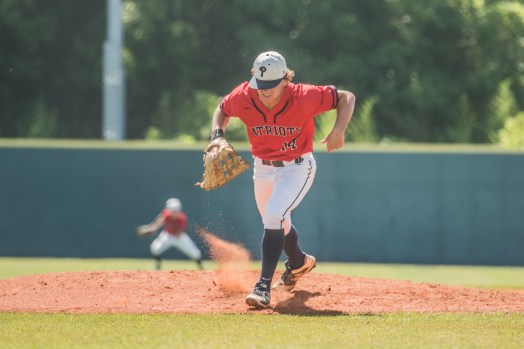 The Pike Liberal Arts Patriots gained the early advantage in game one of their championship series with a 3-0 win over Glenwood School on Wednesday.

The Pike Patriots pitching staff stole the show in game one, led by senior left-hander Reed Jinright. The senior pitched the first five innings of the contest. He didn’t allow any runs and surrendered just two hits. Drew Nelson hammered out the last two innings without surrendering a run and striking out two batters.

The Patriots scored their first run in the third inning. Cody Hollis smacked a two-out single to right center. He came around to score on an RBI single by Cole McWhorter.

The Gators attempted to tie the game in their half of the third inning They had the bases loaded with just one out, but Reed Jinright picked up a strikeout and forced a flyout to get out of the jam.

Jinright stranded a total a total of six runners in his appearance.

The Patriots picked up key insurance runs in the fifth inning. The Patriots had two runners reach base with one out on a walk and a hit-batter. Trevor Barron drove in the first run with a single to score Wood Jinright. Max Copeland followed suit with an RBI single of his one to score Reed Jinright.

The Patriots finished with four hits in game one by Hollis, McWhorter, Nate Renfroe and Trevor Barron.