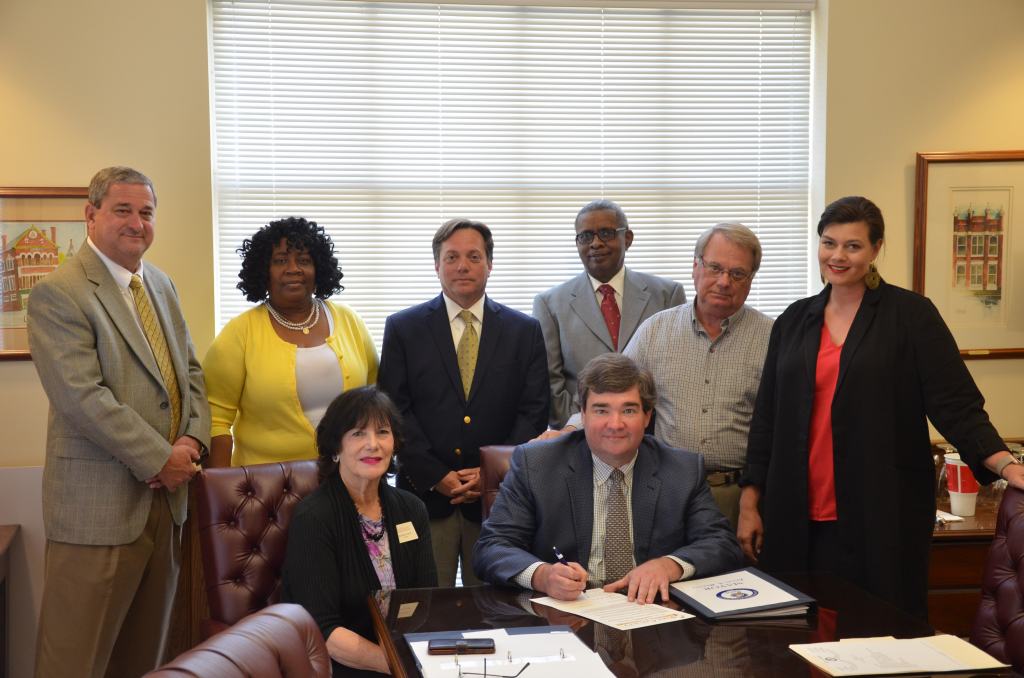 Troy is focusing on economic development during May, proclaiming the month Business Development Month in the city Tuesday.

Pike County Chamber of Commerce officials joined the council Tuesday afternoon for the proclamation ahead of the Chamber’s events focused on developing businesses.

In addition to the proclamation, the council also took care of some housekeeping matters Tuesday including unanimous vote to bring forward an ordinance that would update Troy’s fire and building codes to reflect the state codes.

Fire chief Michael Stephens said the department is already compliant with state code, but that the city ordinance would make it formal and help the department in its pursuit of an elusive Class 2 rating from the Insurance Service Office (ISO).

Building official Chuck Ingram said upgrading the building codes would do the same.

Lower ISO ratings help to lower home insurance rates in the surrounding community and a large factor in that rating falls on the efficiency of the fire department.

Reeves said contractors already have to go by state regulations, so the city regulations being updated to reflect the most recently adopted state rules should not cause any issues.

The council also unanimously approved for the Troy Police Department to sponsor a book that will be distributed to local second graders. The sponsorship cost $780.23. The council requested Troy Police Chief Randall Barr to look into having officers distribute the children’s books.