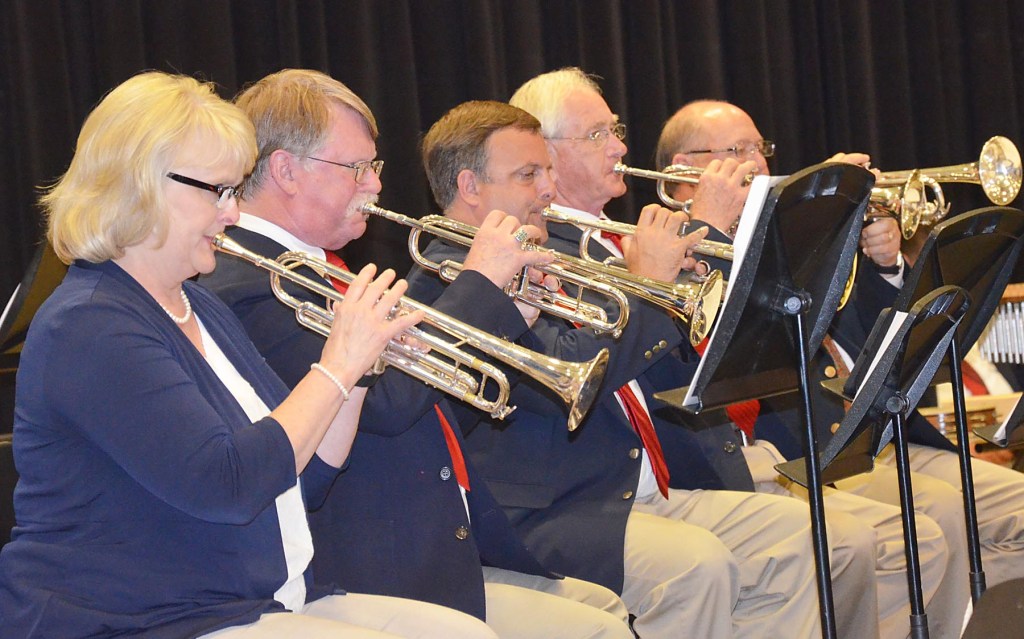 From Wagner to Sousa to “The Beauty and the Beast,” the band played on.

For 18 years the Southeast Alabama Community Band has been playing traditional band literature and then something more. And so it was Monday night when the community band, conducted by James Smith, presented its annual spring concert at Long Hall on the campus of Troy University.

“Every year, when I go to the Southeast Alabama Community Band concert, I leave saying that I’m so glad I went,” said Joel Williams, president of the sponsoring Troy Arts Council. “These are homegrown, world-class musicians. The music is fantastic and it makes me so proud of our community. We can’t say thank you enough to those who give of their time and talents to this band.”

The Southeast Alabama Community Band started with a conversation initiated by Dr. Johnny Long, said Teresa Sims, who started playing with the first band and has not vacated her chair.

“My husband Tim and I thought that we needed a community band in Troy,” Sims said. “There were a lot of people in the Troy area who played instruments and would like to continue to play. A core group of us from that first band are still playing.”

Sims said organizing a community band was not difficult and has not been difficult to maintain.

“The Southeast Community Band is made up of people who love to play band music and they come from all walks of life,” she said.

“We have players from the business community, the medical field, educators, pilots, college students.”

What they have in common is that they all enjoy playing music.

And they enjoy it so much that they begin rehearsing for an hour and a half every Monday night beginning in January. Many of the band members drive an hour or more to rehearsals.

But, “playing on” is worth it.

The Southeast Alabama Community Band’s 2018 concert schedule included Elba, Wetumpka and Troy and will close out the concert season at Frazer United Methodist Church in Montgomery at 7 p.m. Thursday.

“We also played a concert on the square in Troy in April and played all marches,” Sims said. “It’s always interesting to play outside. It was fun.”

For Sims and the others from the local area, it’s always special and meaningful to play for the home folks and Monday night was no exception.

Dr. Johnny Long, who organized the band and conducted it until about five years ago, was in attendance Monday might. Of course, Long attends most of the rehearsals and as many of the concerts as possible.

The band always plays “The Stars and Stripes Forever” in honor of “the bandmaster.”

Long was president of the American Bandmasters Association when, in 1987, by an act of the U.S. Congress, it became the official National March of the United States of America. Long was instrumental in that happening.

The Southeast Alabama Community Band closed its Monday night concert with the playing of “America the Beautiful” and a silent salute to Dr. Johnny Long.

“If it hand not been for Dr. Long, we would not be playing,” Sims said. “The band keeps us together in the same spirit that brought us together. It’s a wonderful experience.”