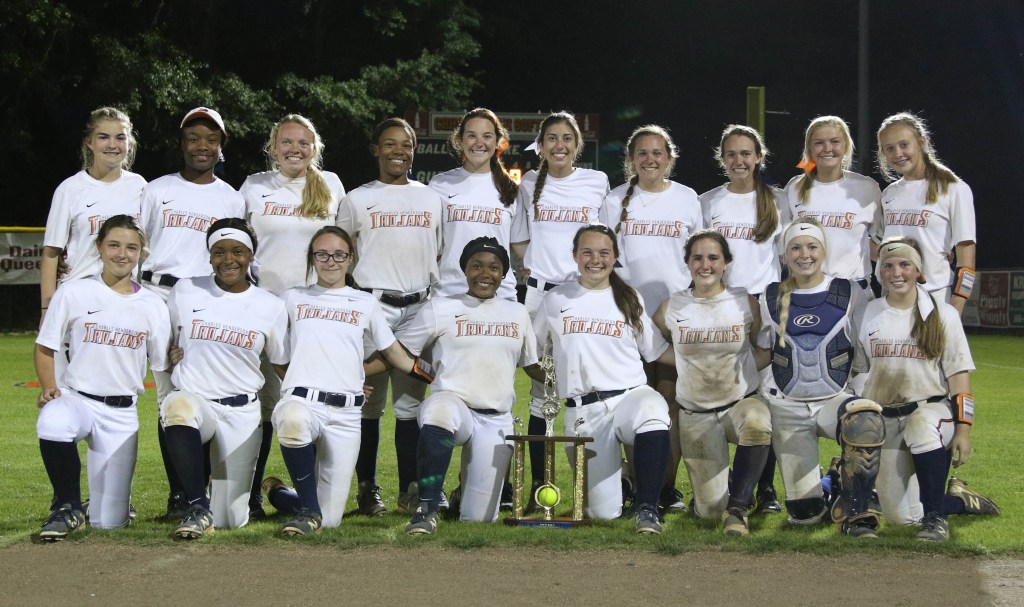 The Lady Trojans of Charles Henderson High defeated Brewbaker Tech twice Monday, to claim the Class 5A, Area 4 tournament, and will advance to the AHSAA Super Regional Tournament to be played in Gulf Shores, May 10-12.

The tournament, played on the campus of CHHS, began with Brew Tech defeating Greenville 20-19, CHHS then beat Brewbaker 15-1, Brew Tech beat Greenville a second time by a score of 7-4, with CHHS winning the final contest against Brewbaker 20-6.

“The ladies came out and performed well,” said CHHS head coach Robin Snyder. “We came out a little sluggish in the second game but it’s been a long day. For us to stay mentally tough throughout the day, that was important. We came back in the second game and scored 15 runs in the bottom of the fourth inning, and that was big. We struggled some defensively and even at the plate, but we overcame it.”

In the first game the Lady Trojans got a three-hit performance at the plate by Whittika Lowery, Rose Snyder and Graci Williams had two hits apiece, while Emma Kirkpatrick, Tucker Earles and Kaitlyn Richardson had one hit each.

The Lady Trojans went up 2-1 in the first inning, added five in the third and eight in the fourth en route to the 15-1 win.

Sydni Garrett pitched the five-inning, complete game victory, allowing one run on five hits, striking out six and walking one.

In the second game, CHHS fell behind 6-5 after three complete, but batted around in the fourth for 15 runs to claim the 20-6 win.

Lowery again had three hits, Garrett, Williams, Molly Kate Sanders and Richardson had two hits each, while Earles and Ashlyn Shaver had one hit each.

Earles, Garrett, Richardson and Sanders had one double each in the second game, while Lowery had two doubles and four RBI.

“The pitchers did a great job and have done a great job all year,” said Snyder. “There are still a lot of areas we have got to improve on, and one of those areas is when we have runners in scoring position, we’ve got to score those runs. Earlier in the day we had the bases loaded and no outs and only scored one run. As far as pitching, I thought we did a good job, as we only gave us seven runs in two games.”

CHHS will play on Thursday, May 10, 9 a.m. in the first round of the AHSAA Super Regional tournament in Gulf Shores.