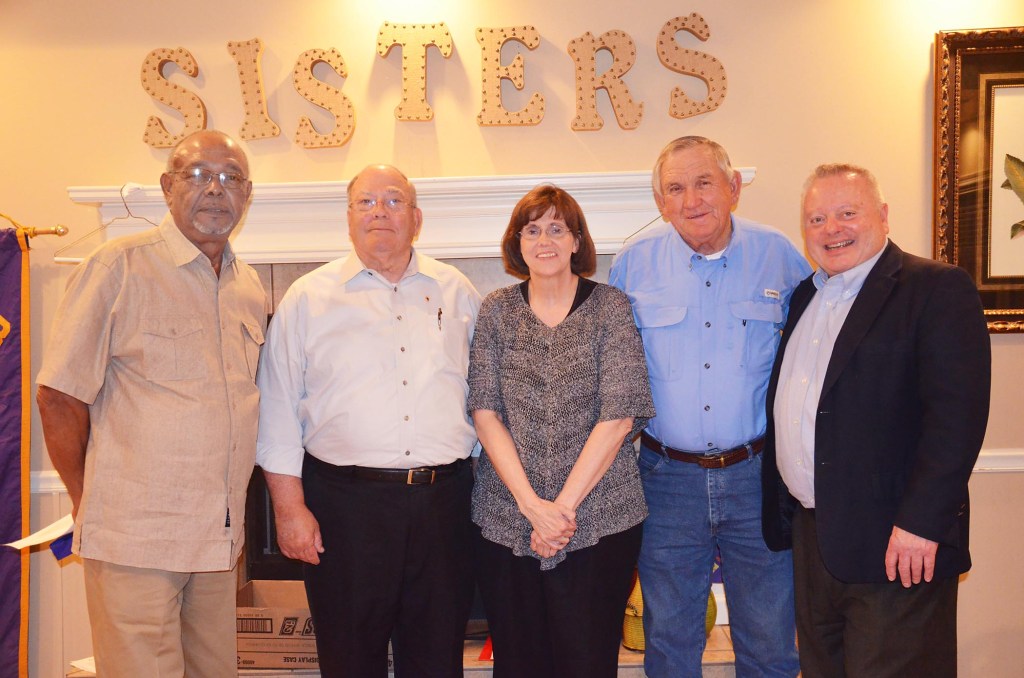 The Brundidge Lions Club celebrated its 67th Anniversary Thursday night at Sister’s Restaurant. The club invited family members of the charter members to join the membership in the celebration of the club’s 67th anniversary.

The Brundidge Lions Club was chartered in April 1951, with 40 members. The club

Purpose included fostering a spirit of understanding among people and promoting the principles of good government and good citizenship. The charter members pledged to take an active interest in the civic, cultural, social and moral welfare of the their community.

“Once a Lion, always a Lion,” said Lion John Shipman, emcee for the event. “At age 94, Sherroll Tatom is our oldest Lion. He is not active but we salute him and his longtime service to the Brundidge Lions Club and the Brundidge community.”

Shipman said the Brundidge club is the only Lions Club in Pike County at this time, but that doesn’t mean the Lions clubs in Goshen and Troy will not reorganize.

“There’s the possibility of a Pike County Lions Club,” Shipman said. “But right now, we are trying to grow the Brundidge Lions Club. We have been in continuous existence for 67 years and that’s a long time of doing good for the Brundidge community.”

Shipman said the Brundidge Lions are dedicated to their community, especially the city’s youth.

“The Brundidge Lions Club has close ties with the Pike County High School sports program,” he said. “The club sponsors the football Sportsmanship Award and feeds the football team at different times down at Lake Simmie. Lion George Wilson is our school liaison and coordinates with the school’s principal to select the students the Brundidge Lions Club sends to the Leadership Conference at Troy University.”

The club is a contributor to the Lions Club Sight Program and purchases glasses for those who cannot afford them.
“We want to make sure that people that need glasses can get them, especially children,” Shipman said.

The program guest for the Brundidge Lions Club’s 67th anniversary celebration was Lion Alva Lambert from the Montgomery Lions Club. Lambert wears many hats — attorney, executive director of the State Health Planning and Development Agency and host of “Good Morning, Montgomery.” But it was Lambert’s humor hat that he was wearing at the Lions’ celebration.

Special awards were presented to Kai Chambers, Rayvon Graham, George Wilson and Ursula Bryant for outstanding service to the club. Recognition was also given to the late William Smith, the only Brundidge Lion to serve as a District Governor of the Alabama Lions Club.