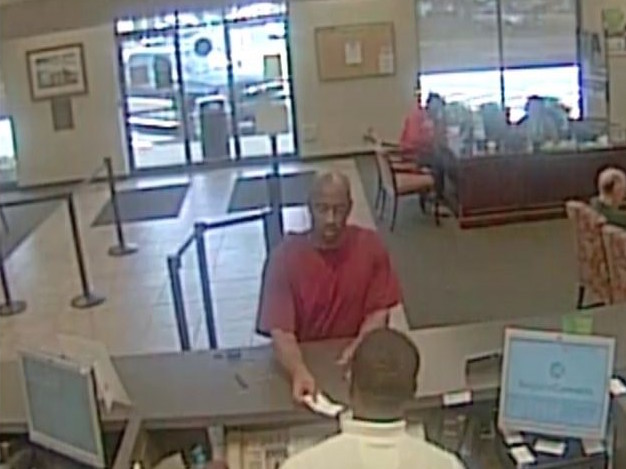 Troy Police are asking for the public’s help to locate a man accused of robbing Regions Bank on George Wallace Drive on Friday afternoon.

“At approximately 2 p.m., a black male, approximately 5’11” 200 pounds wearing baggy blue jeans, a baggy red or burgundy shirt and black tennis shoes entered the bank and passed a note to one of the tellers demanding money,” said Troy Police Chief Randall Barr. “The suspect appears to be bald or have a very low haircut and a mustache.”

The man left with an undisclosed amount of cash and was last seen running across Corman Avenue according to Barr.