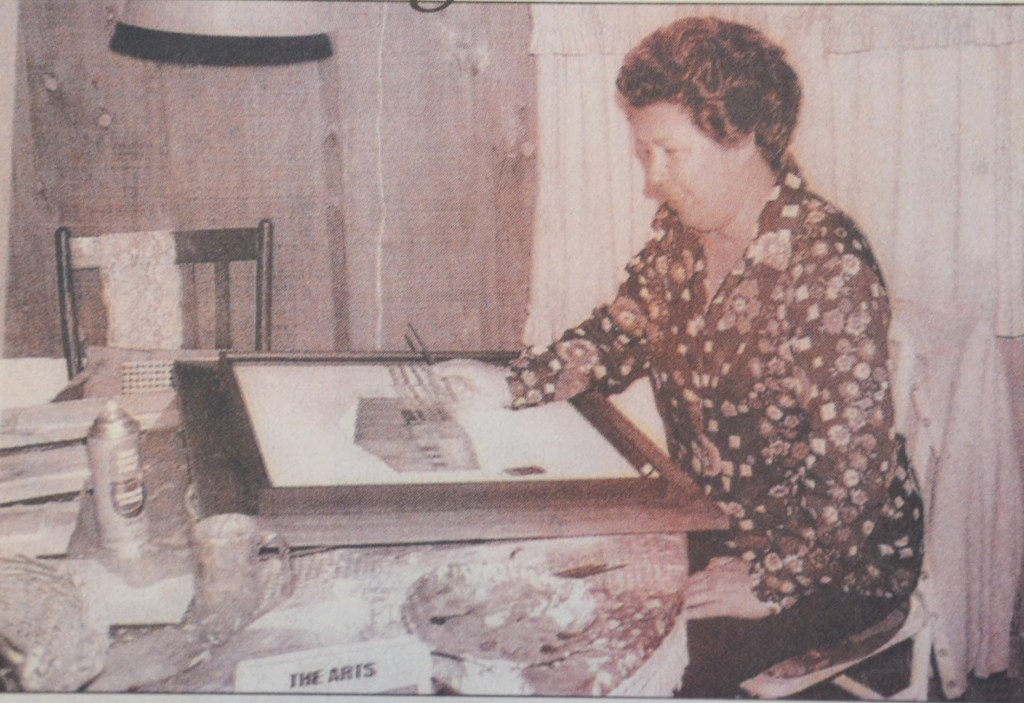 Jean Lake’s studio was her kitchen table. She spent many hours painting and visiting with friends and family around the table.

The City of Troy’s annual TroyFest Art and Craft Festival is a celebration of the arts and also honors the memory of Jean Lake, a Troy artist who was the namesake of the Troy art and craft show before it became TroyFest.

Charles Adams, local glass artist and a friend of Jean Lake, said the first art and craft show in Troy was Art in the Park and was held at Murphree Park.

“The show then moved to the Pike Pioneer Museum but it didn’t become the Jean Lake Festival until after her death in 1976,” Adams said. “Jean and I went way back, back to Horse Pens 40 on Chandler Mountain, near Oneonta. It was a natural corral where Indians penned their horses. It was a great place for a festival and Jean was the star of the show.

“She never had a lesson in art; she was completely self taught. She paint rural Southern things and she sold everything she could paint,” Adams said. “Her husband, Trigger, worked at Henderson Black’s door plant and she often painted on the wooden cabinet doors that had been scrapped.”

“She painted at her kitchen table and folks would come sit around the table and talk to her while she painted. She loved life and had a happy, carefree and loving spirit. I’m glad that TroyFest continues to remember Jean Lake and her contributions to art and to the culture of the rural South.”

“Each year, a focal point of TroyFest is a mini-billboard at the Gazebo on the square that is dedicated to Jean Lake,” Drinkard said. “It explains the contributions that Jean Lake made to the arts community and her influence on the Troy festival in the area of folk art.”
Drinkard said the Troy “primitive” artist brought folk art to the forefront in this area.

“Jean Lake’s influence is a reason the Troy community is a strong supporter of folk art,” she said. “TroyFest is known for its celebration of folk art. Because of that support, folk artists return to Troy. This weekend, TroyFest will have seven folk artists showing their work. They are all outstanding folk artists and we are excited to having them as we carry on Jean Lake’s legacy in the folk arts.”