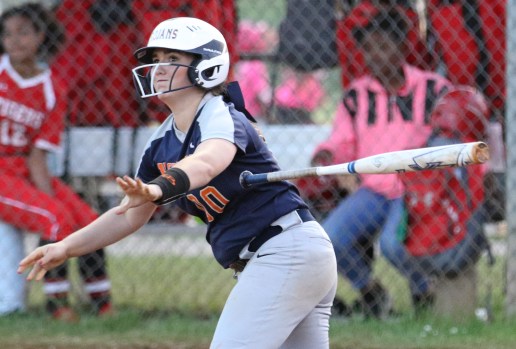 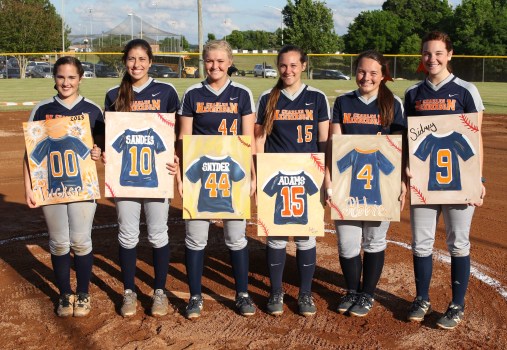 Molly Kate Sanders was in control on the mound and Tucker Earles hit a two-run homer on Senior Night as Charles Henderson High defeated Luverne 12-2 Thursday evening at the Troy Sportsplex.

Luverne took an early 1-0 lead, but Sanders settled in and allowed only four hits on the night while striking four and walking none. The Lady Trojans hammered out 12 runs on 10 hits in the five inning 10-run-rule affair.

The win concluded the regular season for the Lady Trojans, with the playoffs set to begin Monday in Troy. Prior to the game, six seniors were recognized and honored, including Graceson Adams, Sidney Armstrong, Abbie Barron, Tucker Earles, Molly Kate Sanders and Rose Snyder.

CHHS head coach Robin Snyder was proud of his girls for ending the regular season with a victory, and praised the leadership and contributions of his senior class.

“First off, it’s always great to end your last regular season game with a win,” said Snyder. “These girls have worked so hard for their entire career. Just to go out on their last game as winners is a positive. The season is only beginning. This is the end of the regular season, but the next season starts Monday, with the area tournament. I’m glad the seniors get to go out with a win because they’ve worked hard.”

The first game Monday in Troy at the CHHS softball field will be at 10 a.m. with Greenville taking on Brewbaker Tech, and the winner will play CHHS at 12 p.m., with the championship game to follow. CHHS won the area and the right to host the area tournament.

Against Luverne, CHHS fell behind 1-0 early but tied the score in the bottom of the first inning when Whitika Lowery was hit by a pitch and scored on a double by Emma Kirkpatrick.

CHHS took a 4-1 lead in the second inning when Sanders walked, Ashlyn Shaver was hit by a pitch, Lowery reached on an error, with all three later scoring.

Graci Williams singled in the bottom of the third with Earles launching a home run to deep left center. Sanders then singled, Shaver doubled, Lowery singled, Rose Snyder singled and Kirkpatrick singled for the 10-1 lead.

Luverne scored another run in the top of the fourth, but CHHS put two more on the board when Williams reached on an error, and Earles and Sanders singled for the 12-2 lead, which held up for the final.

Kirkpatrick, Earles and Sanders had two hits each for the Lady Trojans, while Lowery, Snyder, Williams and Shaver had one hit apiece.

Lowery also had three RBI, Kirkpatrick and Earles had two each, while Snyder, Sanders, Shaver and Kaitlyn Richardson had one apiece.