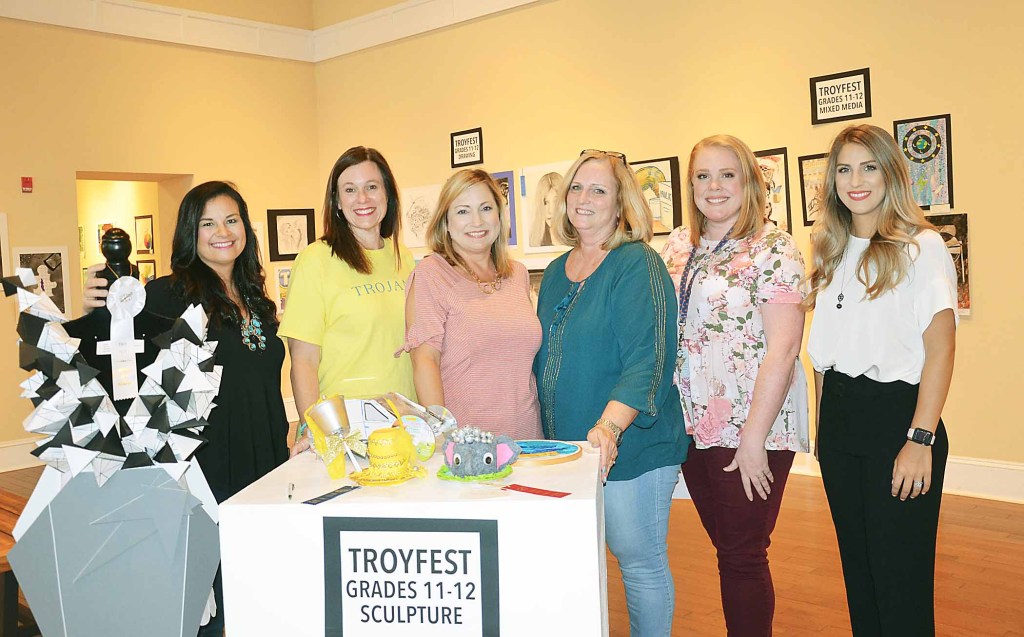 The winners of the 2018 TroyFest Student Art Competition have been announced and will be recognized at the TroyFest Art and Craft Festival Saturday.

The awards will be presented at noon at the Gazebo by Pam Smith, coordinator of the annual student art show.

“This year’s TroyFest Student Art Competition had more than 100 entries in seven categories,” Smith said. “Students from all schools in the county and from all grades were invited. The artwork was outstanding and all students who entered are to be congratulated.”

All entries in the TroyFest Student Art Competition are on exhibit through TroyFest weekend, April 28 and 29, at the Johnson Center for the Arts on East Walnut Street in downtown Troy. Everyone is invited to visit the JCA in support of these young artists.

“We also invite the community to attend the awards ceremony on Saturday,” Smith said. “At that time, we will also recognize the teachers of these students,” she said. “The teachers of the students who received the Best of Grade Division Awards will each receive $100 cash awards to be used for classroom supplies. CGI in Troy provided funding for the TroyFest Student Art Competition.

The Best of Grade Division Award winners are:

The winners in Grades K-2 in the different categories are:

The winners in Category Grades 6-8 are:

The winners in Category Grades 9-10 are:

The winners in Category Grades 11-12 are: