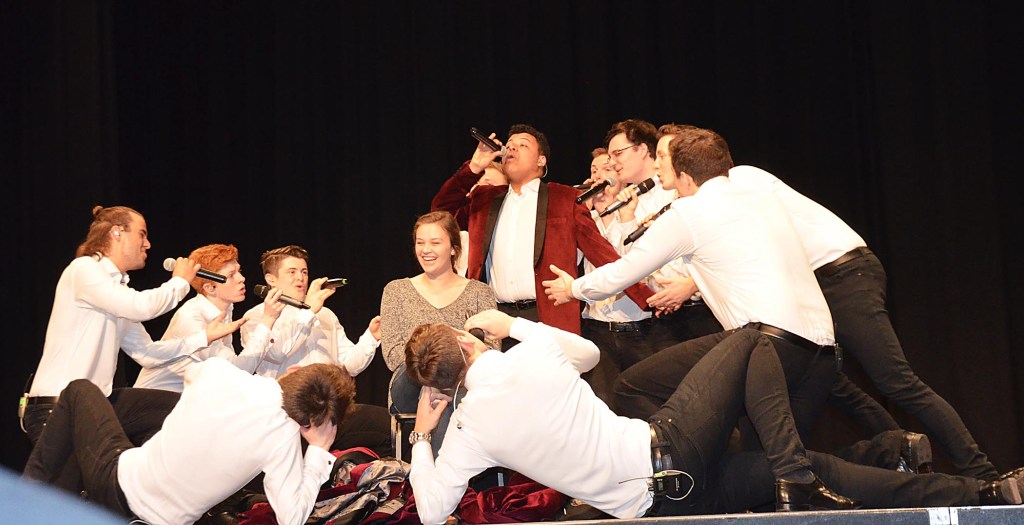 Being right is always good, so Joel Williams must be feeling mighty good right now.

Williams is the president of the Troy Arts Council, the sponsor of the Semi-Toned concert at Troy University’s Claudia Crosby Theater Tuesday night.

In promoting the “Best in Britain’s” a cappella group, Williams said those who attended the Semi-Toned concert would be glad they did and would tell those who missed the concert that they should have been there.

“The show was incredible,” Williams said. “And what was so amazing is that there were no musical instruments on stage. It was all vocal. The singing sounded like music. The music went from rap to Fred Astair and the Charleston. And, the 12 young men, paid tribute to America with our National Anthem. Those who missed it really did miss a treat.”

“It was like nothing we have done before,” he said. “Semi-Toned’s roots are in more popular music. We don’t generally provide the kind of music kids are listening to on the radio these days. They sang popular music a cappella. Those guys are incredibly talented. They were extremely energetic and the choreography was amazing. Those guys just sang their hearts out.”

Semi-Toned is in the middle of its third tour of the United States, having performed on the East and West coasts.

“Troy was the third city on their 2018 tour,” Jinright said. “They have performed in New York and came to Troy from Venice, Florida. They will make five or six more stops before they return to England. We are very fortunate to have had them here.”
Pike County Chamber of Commerce President Kathy Sauer said she hopes the people in and around Pike County realize the caliber of entertainment that is offered locally.

“It is almost unbelievable the quality of events that we have right here in Pike County,” Sauer said. “Semi-Toned’s performance was absolutely amazing. That group is internationally acclaimed and those who attended the concert certainly understand why.

“Just think about it, Semi-Toned was at the Crosby Theater on Tuesday night. On Friday night, Three on a String, which is nationally acclaimed, will be at the We Piddle Around Theater in Brundidge and this weekend, the Bluegrass Jamboree at Henderson will attract people from at least four states.

“We need to thank the organizations that bring entertainment like that to Pike County. We don’t have to go outside our country to enjoy first-rate entertainment. We should all take advantage of the opportunities that are offered to us.”