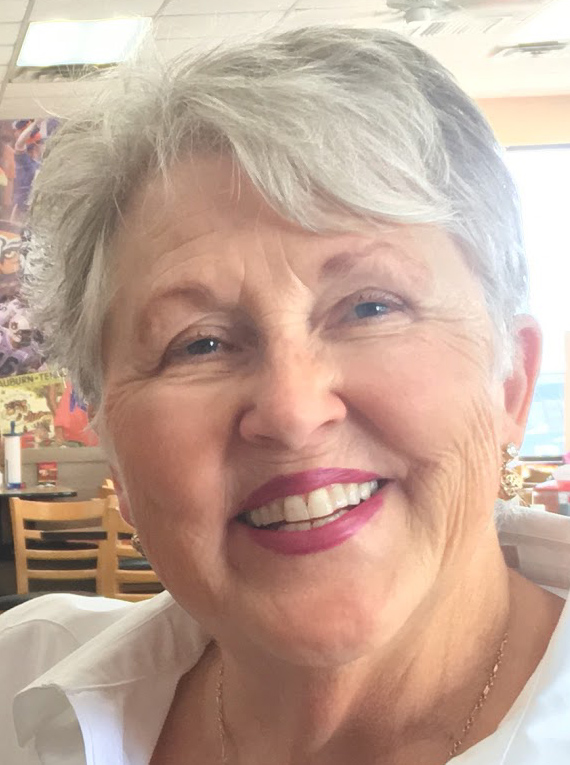 A memorial service will be held for Neila Cantey Brantley (Mrs. William Hattaway Brantley) in the sanctuary of Canterbury United Methodist Church at 2:30 p.m. on Friday, April 13, 2018. Before the service, the family will receive friends at 1:30 p.m., and a reception at the church will follow. Mrs. Brantley, known to her grandchildren and so many others as “Nene,” died suddenly at home on April 9.

Nene was born in Birmingham on December 7, 1944, to parents Frank and Mildred Cantey. She spent much of her childhood roaming the grounds of Indian Springs School, where Mr. Cantey taught for many years. She spoke often to her children and grandchildren about how magical it was to grow up at Indian Springs, and it remained a very special place to her throughout her life.

Nene graduated from Ramsay High School in 1962 and then from Birmingham-Southern College, after which she taught at Gibson Elementary School. She was a member of Alpha Delta Pi sorority and the Junior League of Birmingham.

In June 1968, she married Bill, and they would have celebrated 50 years together in June. They have two children, Kate Barry (Art) of Hingham, Mass.; and Chip Brantley (Elizabeth) of Birmingham, and their home was always open and welcoming to their children’s friends, whom they loved like their own. Nene’s greatest joy though came from the love she shared with her five grandchildren: James Henry Barry, Will Barry, Angus Brantley, Sutton Barry, and Nicholas Brantley. As she told them all the time, she loved them all to pieces, each in their own way.

Nene loved life and was always up for fun. She loved colors and flowers and gingko trees and music and taking drives with no set destination. Like her mother, she was a world-class worrier, but she was also carefree and joyful and generous. At lunch somewhere on any given day, she would introduce herself to strangers at the next table, and by the end of the meal, she’d have new friends (whether they knew it or not). She was a sharer — of her lunch, her thoughts, her time — but really she just loved being with people. They made her feel alive and she them. She was so loved and will be so missed by so many.

She was preceded in death by her parents, Frank and Mildred Cantey, and her sister, Carol Cantey Shoemake.

In lieu of flowers, contributions in Neila’s memory may be made to Indian Springs School, 190 Woodward Drive, Indian Springs, AL 35124.