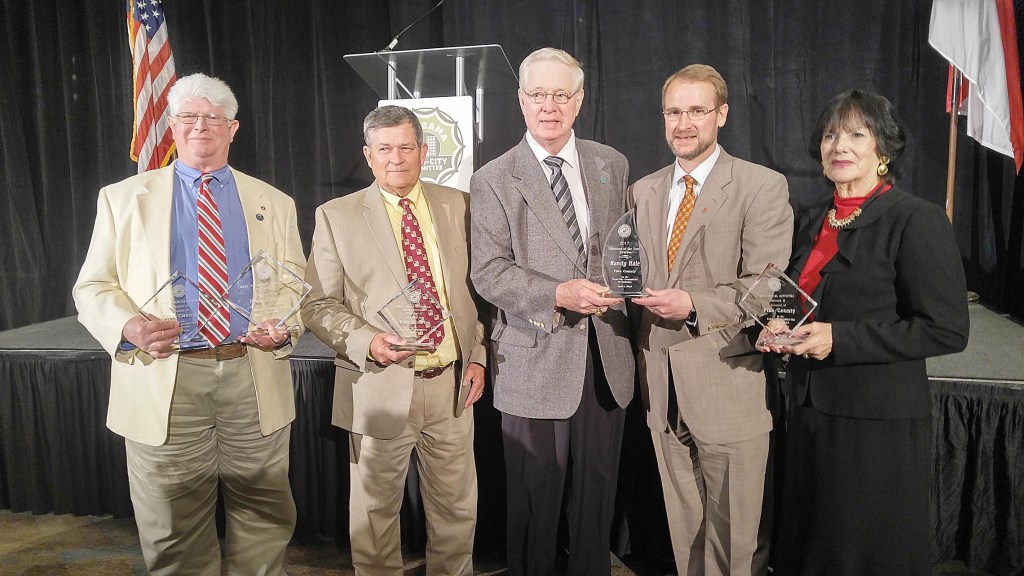 “To be selected at the Best Farm-City Committee in our division is a tremendous honor,” Sauer said. “We are exceptionally proud that Randy was honored with the Volunteer of the Year Award. Randy is very deserving. Not only is he committed to the Farm-City relationship in Pike County, he is commitment is statewide.”

“The committee appreciates the Farm-City relationship and all members contribute to the success of the projects,” Sauer said. “The committee also has a broad partnership with both the farm and city communities and that partnership has served us well.”

The committee’s biggest event is the Farm-City Banquet, which recognizes the relationship between the rural and urban communities and honors those who have made outstanding contributions to agriculture during the year.

“The largest group tour was of Whaley’s Pecan Company,” Sauer said. “It included Farm-City committee members as well as members of the rural and urban communities. Our Junior Ambassadors participated in the Ag and Forestry Day tour and the Pike Leadership group in an Ag Day Tour. The committee hosted a Job Swap where members of the farming and city communities swapped jobs for a day.

The committee was also involved in Farm Day for all third-graders in the county and Classroom in the Forest for county fifth-graders.

Special activities included participation in an outdoor fishing and boating event for students at Troy Elementary School, Take-a-Kid Fishing Day, Pioneer Day at the Pioneer Museum of Alabama, the Brundidge Rotary Golf Tournament and assisting with the planting of trees for a Rotary International project.

“We also participated with the Pike County TREASURE Forest Chapter for several events and with the Choctawhatchee, Pea and Yellow Rivers Water Management Authority at the Ground Water Festival,” Sauer said. “We had very good local television, radio and newspaper coverage for all of our events. Our community is very involved in the events and activities related to Farm-City Week.”

Sauer expressed appreciation to all those who have been involved in and supported the Pike County Chamber’s Farm-City Committee this year and throughout the years.

“Each person, who has contributed to and supported the relationship between the farm and city communities, shares in the recognition as the Best Farm-City Committee in Division II.”