Charles Henderson comes from behind to beat Eufaula 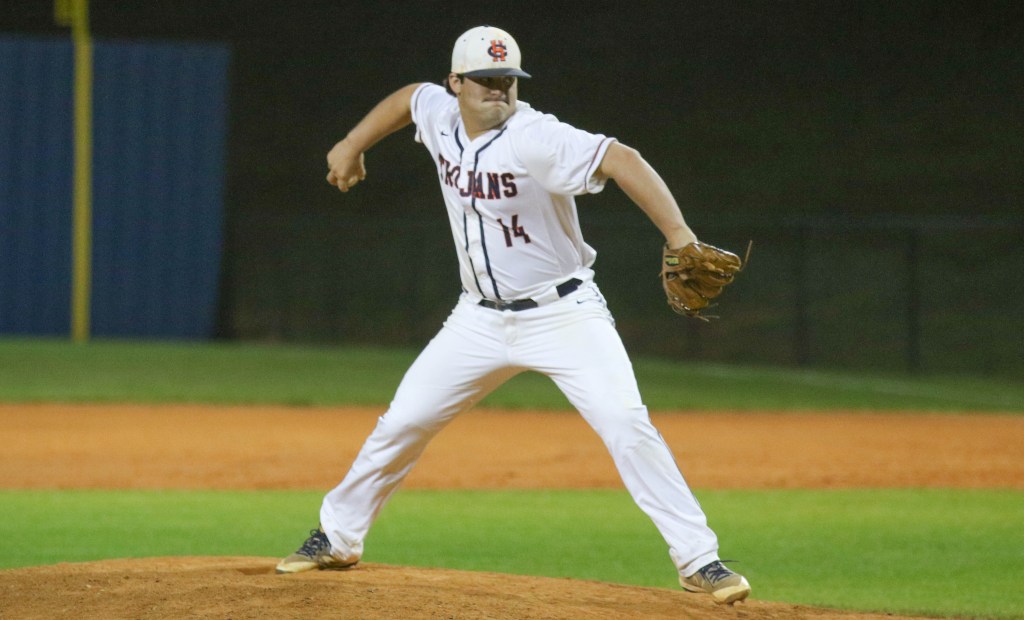 Charles Henderson High came from behind with two in the fourth and three in the fifth, Noah Lowery threw his best game of the year – a complete-game performance – as the Trojans defeated 5A rival Eufaula High 7-6 Thursday evening in Troy.

Lowery allowed only three earned runs over seven innings, striking out two and scattering eight hits for the victory.

“We got another great start from Noah, played good defense and had some really good at-bats,” said CHHS head coach Matt Whitton. “It’s probably the best game we’ve played since I’ve been here. It’s all credit to those guys. They never quit.”

Eufaula took a 4-0 lead in the top of the second inning, but the Trojans scored two in the bottom half of the inning when Lawson Scarbrough was hit by a pitch, Caden Bryan singled, Walker Stallworth reached on an Eufaula error, Jackson Giles reached on a fielder’s choice, and J.B. Sanders singled to cut the lead to 4-2.

The Tigers tacked on another run in the top of the fourth inning to go up 5-2, but the Trojans scored two in the bottom of the fourth when Bryan walked, Stallworth singled, Giles walked, Sanders walked, and Pollard was hit by a pitch to trim the score to 5-4 Eufaula.

Scarbrough tripled to lead off the bottom of the fifth inning, Keonte Brantley struck out but reached on a passed ball, Bryan reached on an infield error, Stallworth hit a sacrifice fly to drive in Brantley, and Giles singled to left field to push Bryan across for the 7-5 lead.

Eufaula scored another single run in the top of the sixth inning to reduce the margin to 7-6, which held up to be the final.

CHHS had six hits on the evening as Pollard, Scarbrough, Bryan, Stallworth, Giles and Sanders  had one hit apiece.