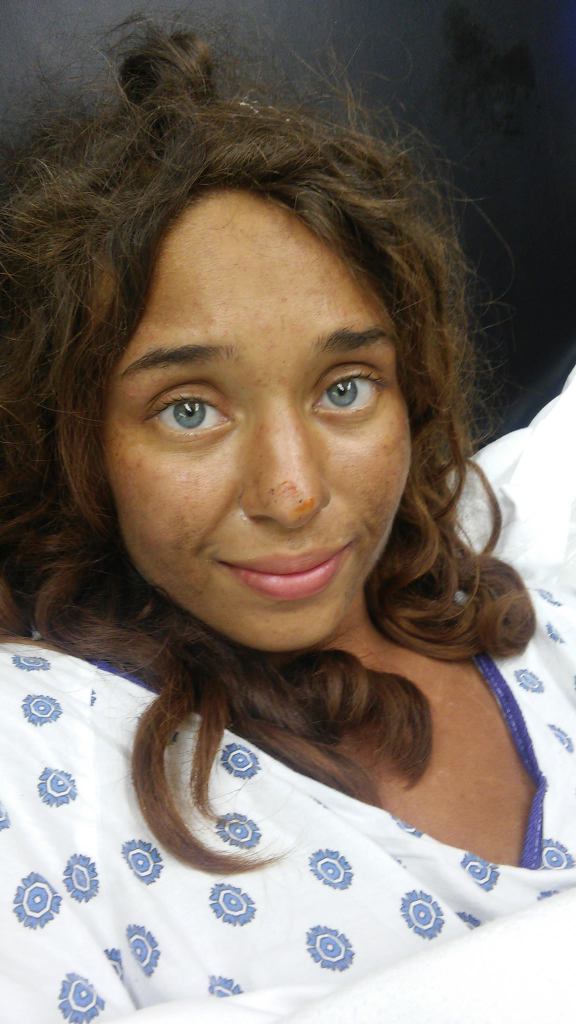 When Lisa Theris was found on the side of the road in Bullock County last year, she was naked and covered in dirt and scratches from spending 25 days in the wilderness. The new book “Naked with only the will to survive” tells her recounting of her survival.

A new book will tell Lisa Theris’ version of her 25 days spent lost in the Bullock County woods and her life before and after the highly publicized 2017 incident.

Johnny Adams said he and his sister, Kim Adams Graham, have spent the last six months working on the book, titled “Naked with only the will to survive,” after Theris was found alive on the side of U.S. Highway 82 on Aug. 17, 2017.

Adams and Graham are the owners of the Union Springs Herald, one of the closest newspapers to the area where Theris disappeared. Adams said the newspaper’s coverage of the event couldn’t give the depth that a book could.

“This covers her whole life story as well as many new details about her being lost,” Adams said. “It tells about the days leading up to it, the story while in the woods and what has happened since … We basically covered the story in the newspaper as other organizations did. We took a completely different approach with the book. There are many, many more details in the book.”

Although it was later discovered that Theris actually went missing in Bullock County, her disappearance was first reported to the Troy Police Department on July 23, 2017, by her father and friends, who said they had not been able to reach her since July 18.

According to Bullock County deputies, Theris was with two Troy men, Wade Oswald and Manley Davis, when they allegedly burglarized a hunting lodge in Midway.

Oswald and Davis were both arrested in Troy after leading police on chases.

Davis was arrested on July 31 when a Pike County Sheriff’s deputy spotted his vehicle, leading to a pursuit. Davis then left the vehicle near Country Club Road and hid in the backseat of a car at a nearby residence, where police found him and arrested him.

Oswald was arrested a week later after leading authorities on a chase that spanned three counties.

Both were charged with third-degree burglary in connection with the burglary of the hunting lodge. Bullock County Sheriff Buck Rodgers said chages against Oswald and Davis will be presented to an upcoming grand jury. Theris was not charged with any crimes relating to the incident.

Adams said the new book will include details about what Theris says happened that night at the hunting lodge as well as what her experience was like in the woods during that time. “It goes into how she would talk to God and scream for her parents,” Adams said.

The book also tells Theris’ life story, Adams said, from her birth and early life in France, her move to America and her struggle with drugs.

“She had a boyfriend and moved to Texas and during some of this time she talks about being on drugs like heroin, and Xanax,” Adams said. “(When she moved back to Alabama) she said she started hanging around with some of the wrong people and got on a drug called ice (crystal meth).”

Adams said the book is currently being printed and should be available within four to six weeks via Amazon and Kindle. The book can also be ordered once available through the officials website at www.lisajoytheris.com.