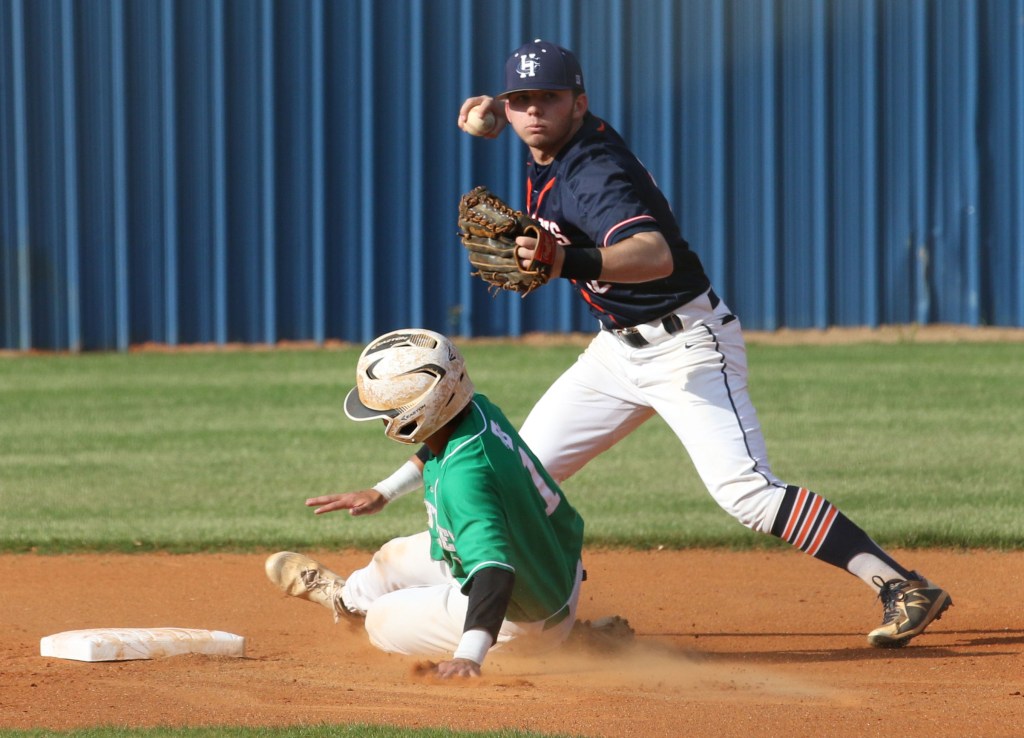 The Bulldogs of Brantley High scored one run in the top of the fifth to break a 7-7 tie en route to a 9-7 win over Charles Henderson High Tuesday in the first game of a double-header at Hogan’s Hole in Troy.

Brantley led the Trojans 18-6 in the second game at press time.

Brantley took an early 2-0 lead in the top of the first inning when Tucker Kilcrease walked and Adrian Person followed with a home run over the left field wall.

CHHS cut the lead to 2-1 in the bottom of the first when Chance Pollard singled and later scored.

Brantley rallied for five in the top of the second inning to go up 7-2, but the Trojans responded with three runs in the bottom of that frame to cut the Brantley lead to 7-4. Payne Griffin walked, Anthony Gurba singled, J.B. Sanders was hit by a pitch, Pollard walked and Tyrell Jones doubled to clear the bases.

The Trojans scored three more in the bottom of the fourth inning to tie the score at 7-7 when Gurba singled, Sanders was hit by a pitch again, and Pollard launched a home run to left field.

CHHS was led in hitting by Pollard and Gurba with two hits each while Jones and Lawson Scarbrough had one hit apiece. Pollard and Jones each had three RBI each in the first game.

Person and Mack Wise had two hits each for Brantley, while Grayson Layton, Bryce Dunn, Andrew Kimbrough and Branum had one hit each.