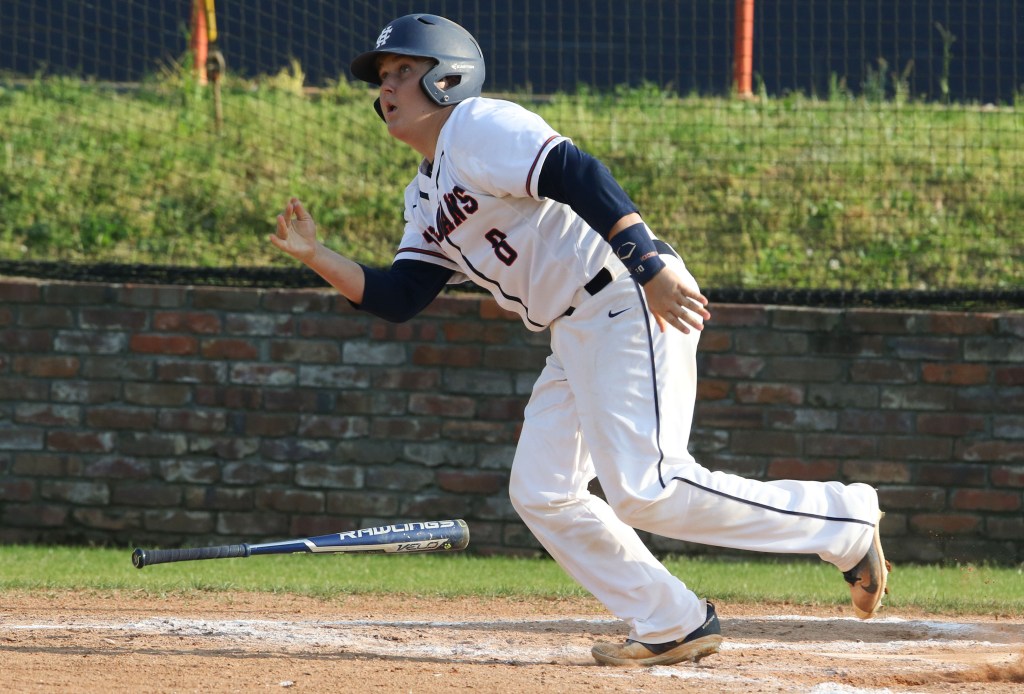 Charles Henderson High rallied for three runs in the bottom of the fifth inning to break a 1-1 tie, got a complete game pitching performance from Anthony Gurba and a home run from Keonte Brantley to claim a 5-3 win over Brewbaker Tech Monday in Troy, and capturing the Class 5A, Area 4 title.

CHHS also defeated Brew Tech 9-6 Saturday in Montgomery in a single game and won two games earlier in the season from Greenville High to finish with a 4-0 area record, and will host the first round of the Class 5A state playoffs when the regular season concludes in just over two weeks.

“I was really pleased as our guys came out and played good baseball, and for us to win a big game that we knew we needed, I was really proud of the way we came out and competed,” said CHHS head coach Matt Whitton.

CHHS took a 1-0 lead in the first inning, Brew Tech scored one in the top of the fifth, before the Trojans added three in the bottom of the third. Each team scored single runs in the sixth, and Brew Tech added their final run in the top of the seventh for the 5-3 CHHS win.

The Trojans out hit Brew Tech 10-5, as Lawson Scarbrough was 3-for-4 with a double, Tyrell Jones and Noah Lowery had two hits each, while Brantley, Walker Stallworth and Jackson Giles had one hit apiece.

Cobi Jones and Tyrell Jones each had a stolen base for CHHS.

Brantley also added two RBI while Lowery and Scarbrough had one each.

Gurba allowed only one earned run in the complete game victory, scattering five hits, striking out two and walking none over seven innings.

The Trojans are at home Tuesday for a matchup with Brantley, and have single games scheduled Thursday, Friday and Saturday.

With the win, CHHS will host the runner-up of the tough Area 1 in just over two weeks, which includes St. Paul and Faith Academy.

“I don’t know who all is in that area with Faith and St. Paul’s, but you can’t ever tell what is going to happen down there,” said Coach Whitton. “We’re going to get somebody from that Mobile area that is going to be a talented club.