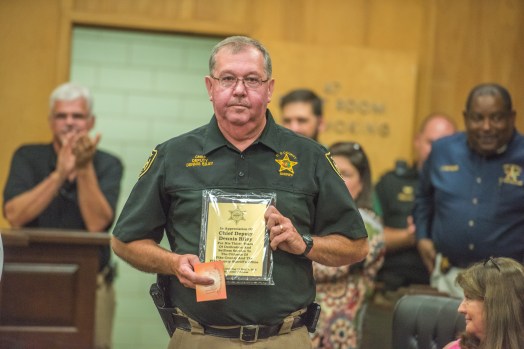 Dennis Riley, above, is retiring from his position as Chief Deputy at the Pike County Sheriff’s Office after beginning his service in 1990. County officials honored Riley’s years of service with a retirement ceremony Wednesday at the Pike County Courthouse. 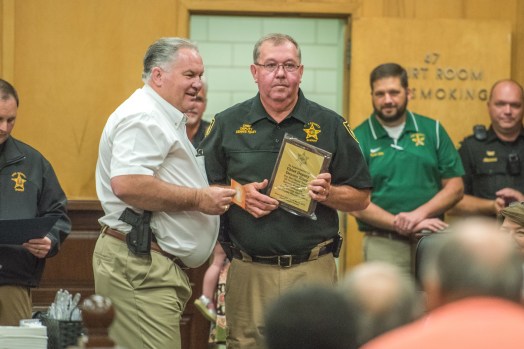 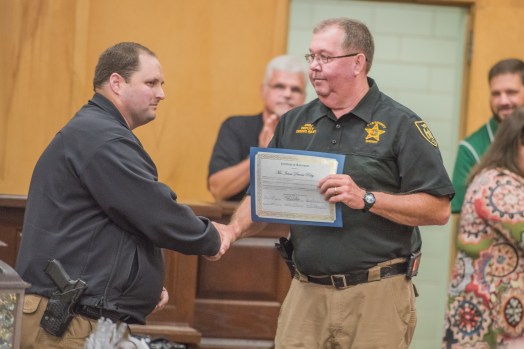 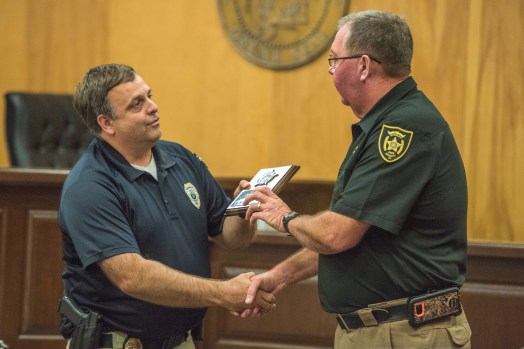 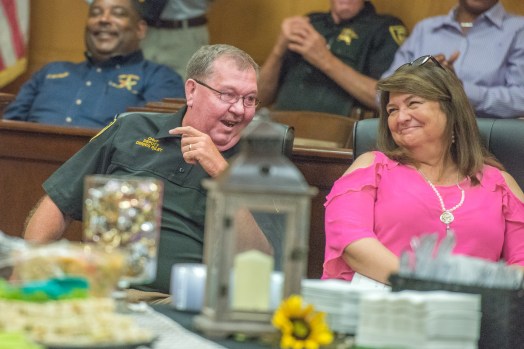 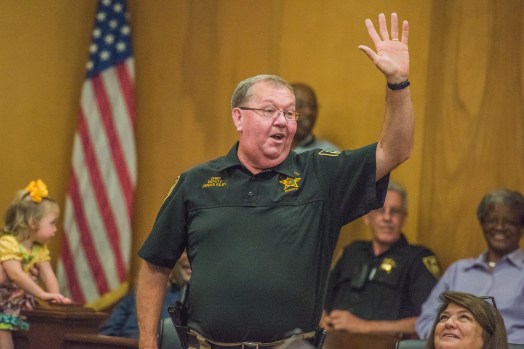 After 30 years of service with the Pike County Sheriff’s Office, Chief Deputy Dennis Riley said retirement is an “exciting, but tough” prospect.

Based on the turnout at the reception at the Pike County Courthouse Wednesday, Riley’s fellow deputies and county employees will miss him as much as he misses them.

“He’s not only my chief deputy, he’s a really, really close friend,” said Sheriff Russell Thomas. “We were just boys when we came to work for the department. This is all we’ve ever known … In that many years of service, he’s dealt with a lot of different individuals and has a wealth of knowledge that’s hard to replace. He has a calm about it and maintains his composure. He really cares about his job  and the people that he serves and works with.”

As chief deputy, Riley was second in line in the department and acted as sheriff when Thomas was out. “Things probably ran better with him when I’ve been gone,” Thomas said, laughing.

Riley received honors from the sheriff’s office, the county commission and the Steve Watkins Memorial Lodge for his years of service.

Loren “Buck” Williams, who will become the new chief deputy in Riley’s place, said he is honored to follow in Riley’s footsteps.

“I’ve known Dennis and his family my entire life,” Williams said. “He would stop by when I was growing up and visit my family; he’s actually the first person I’d seen from the sheriff’s department. He’s been there from the beginning with me. He’s brought me along up the ladder and taught me every day.”

Now that he is retired, Riley said he doesn’t have plans to do much of anything. “I’m going to fish and hunt and do my hunting dues,” Riley said, laughing.