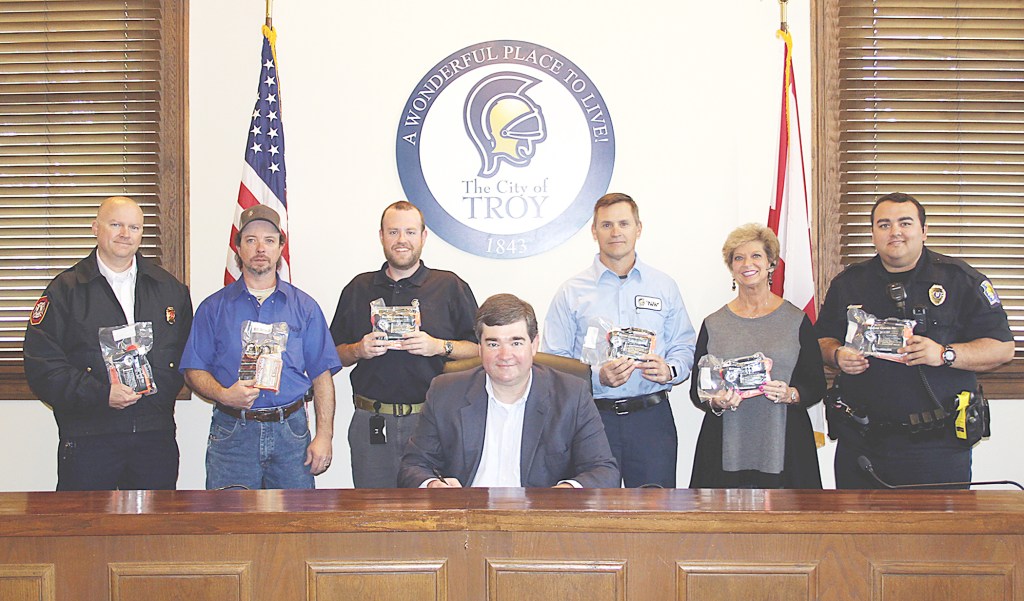 The City of Troy has proclaimed the week of March 26 – 30 Stop the Bleed Week.

Troy Mayor Jason A. Reeves said the safety and security of the citizens of Troy is of utmost importance to him and to the council.

“The rapid control of bleeding at the scene of multiple casualty events such as mass shootings, terrorist attacks, earthquakes, multiple motor vehicle accidents and/or industrial accidents can be life-saving and up to 20 percent of trauma deaths could be prevented each year with effective bleeding control,” Reeves said.

A person who is bleeding can die from blood loss within five minutes.

“While emergency responders will arrive as quickly as possible, bystanders are always there first,” Reeves said. “Studies have shown that by learning bleeding control techniques, the public may become trained, equipped and empowered to help in a bleeding emergency before professionals arrive.”

In proclaiming March 26-30  “Stop the Bleed Week” in Troy, Reeves called upon the city’s citizens to join with the “Stop the Bleed” initiative in it efforts to ensure that all citizens are equipped with the skills and knowledge necessary to stop severe bleeding and save a life.