REDEMPTION: CHHS gets revenge against Wicksburg 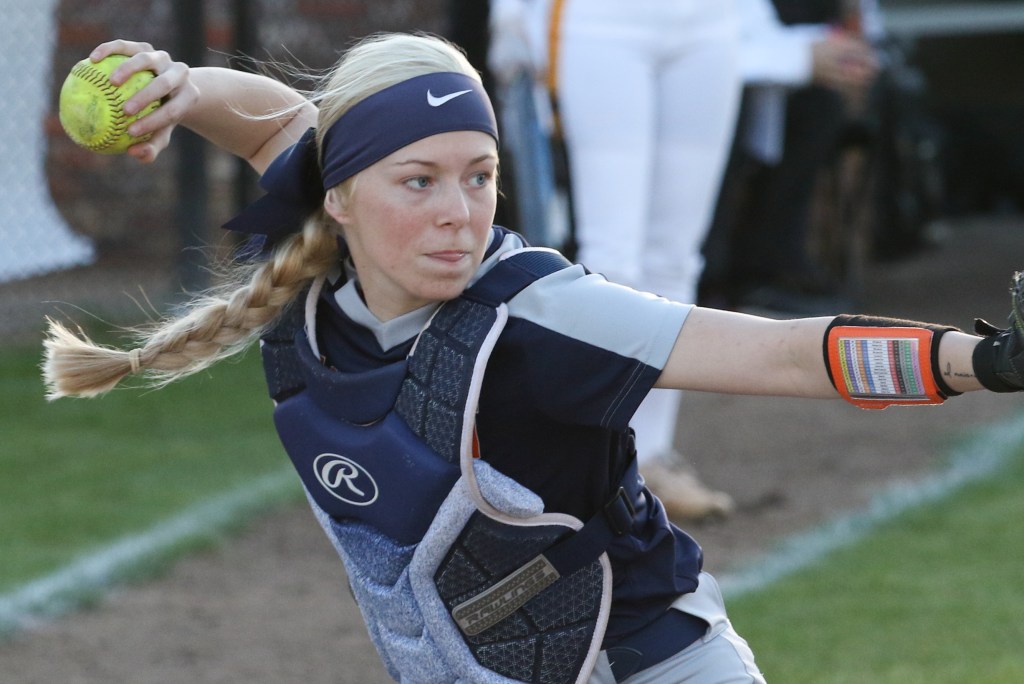 CHHS catcher Gracie Williams fields a ball in front of home plate and throws to first for the put out Thursday against Wicksburg.

The win for the Lady Trojans was redemption after Wicksburg defeated CHHS in the championship game of a tournament a week ago in Wicksburg, and head coach Robin Snyder was pleased with the pitching of Garrett and the overall play of his Lady Trojans.

“I thought we played really good, and it’s always good to get a win,” said Snyder. “However, we’ve got to do a better job defensively. We gave them probably most of the runs they got. I also thought Sidney Garrett pitched a great game, and we really hit the ball.”

Wicksburg took an early 1-0 lead in the top of the first inning before Garrett settled in the rest of the way.

Wicksburg had the bases loaded in the top of the fifth inning with one out, but Williams hustled to catch a popup from her catching position and Garrett fanned the cleanup hitter to end the threat.

The Lady Trojans went ahead 4-1 in the bottom of the fifth inning on a big solo home run by Earles to center field.

Wicksburg tacked on two more runs in the top of the seventh inning to cut the margin to 4-3 before Garrett struck out the last batter, leaving runners stranded at first and third.

CHHS managed seven hits, as Garrett and Earles had two hits each, while Kirkpatrick, Williams and Whitika Lowery had one hit apiece.

Earles also had two RBI, with Williams and Shaver having one each.

The Lady Trojans are in action again Monday in the annual Gulf Shores tournament.

“We play Monday in the Gulf Shores tournament with two games on Monday, two games on Tuesday and start the tournament on Wednesday,” said Snyder. “It always is good to play against good competition. The first game we play is against Mcnairy Central (Tn.), then Mortimer Jordan and Hamilton out of north Alabama, then we finish up pool play against Spanish Fort.”