‘LOCKED UP’ TO GIVE BACK: Volunteers ‘jailed’ to raise funds for MDA 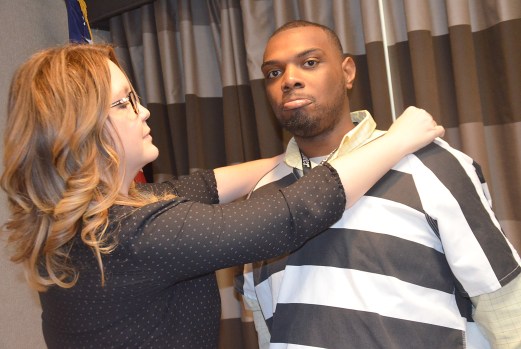 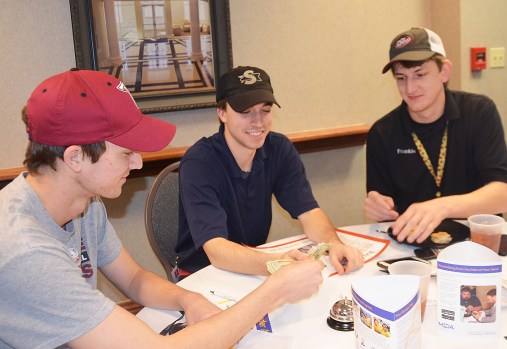 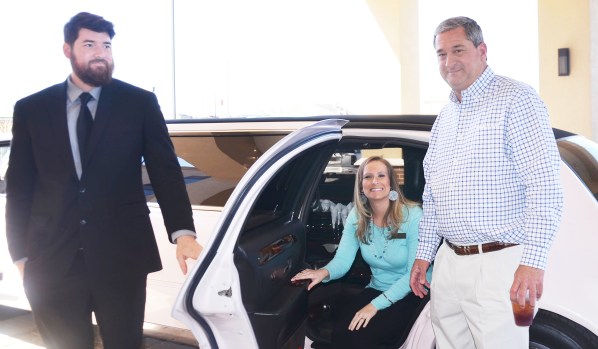 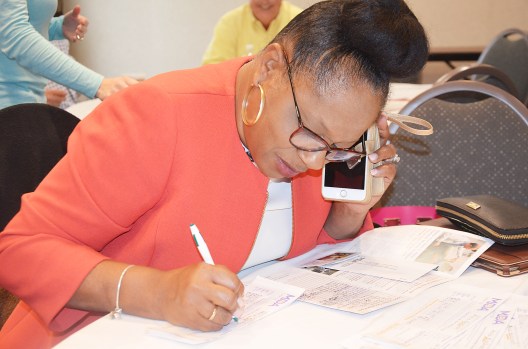 Pike County Sheriff’s deputies were busy Thursday morning with a rash of arrests of people throughout the county. Early in the morning, deputies arrested Tracy Arnold, Pike County Elementary School principal, and Quantee Foster, manager of Hardee’s in Brundidge, for displaying their big hearts to kids and customers.

The two were jailed in the community room at Hampton Inn in Troy along with about 40 other Pike Countians, who were also accused of the public display of big hearts, especially hearts for those who are suffering with muscular dystrophy.

Bail was posted for the jailbirds, primarily in four figures but was reduced for good behavior.

Angie Jordin, executive director of the South Alabama Office of the Muscular Dystrophy Association said, the bails were set to collectively raise $25,000 for the MDA and those jailed were working diligently to raise their bail.

“Muscular dystrophy is a group of muscle diseases that results in increasing weakening and breakdown of skeletal muscles over time,” Jordin said. “Many people will eventually become unable to walk.”

Zane Vickery and Tracy Hulgan, Troy University students and Sonic employees, were on their phones constantly, calling family and friends to ask for donations in hopes of raising money so that kids suffering with DMD could attend camp where they would have opportunities to participate in activities that would be all new to them.

Zane summoned his brother Zephan from the university to “come and bring money, lots of it” and he did.

Samatha Aspero, Goodwill manager, said being in jail for such a worthy organization was worth the effort.

“This is something worth doing and I’m proud to be a part of it,” she said.

All those who participated in the MDA Lock-Up made their bail and said, to a one, that being locked up is not a bad thing if you are jailed for doing a good thing.

Jordin express appreciation to all of those who raised money for MDA.

“The lockup was a big success in bringing awareness to muscular dystrophy and raising money for research and for camps and clinics,” she said. “When the day’s bail money was counted, more than $18,000 had been raised, with more expected to be donated online. We thank everyone for their time, their dedication and their donations.”

Those who would like to make a donation to the MDA, may do so online at MDA.org/lockup/troy2018.