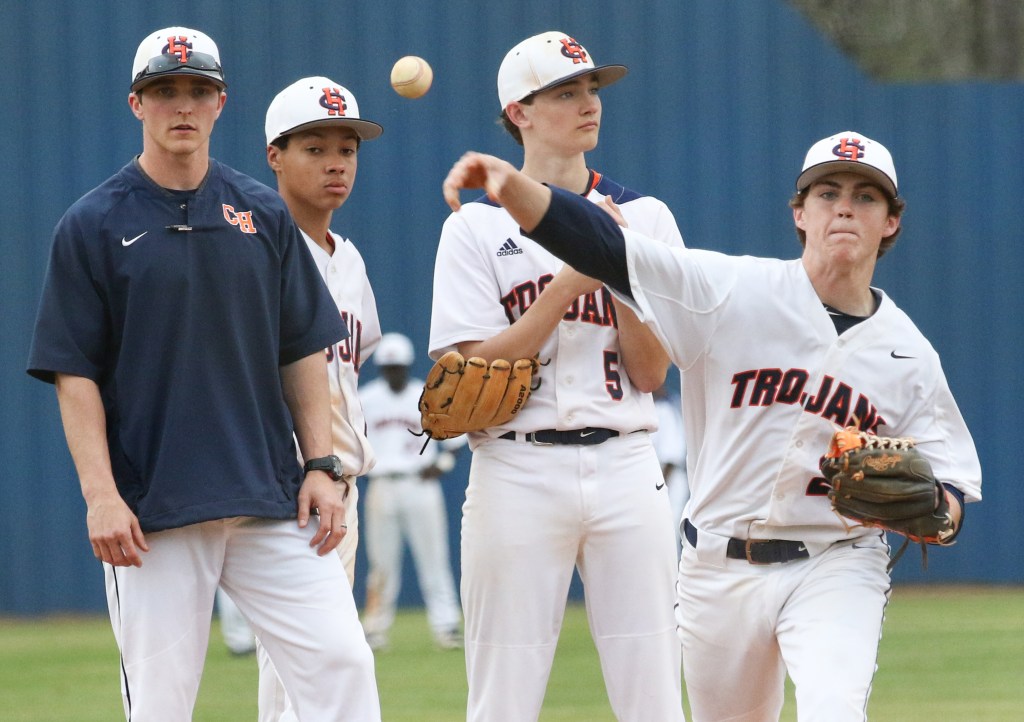 The Wetumpka junior varsity broke a 5-4 CHHS JV lead with seven runs in the top of the fifth inning en route to an 11-6 win over the Trojans Friday night in the first game of a double header at Hogan’s Hole in Troy.

Wetumpka took a 2-0 lead in the top of the first inning, but CHHS cut the lead to 2-1 in the bottom of the first when Tyrell Jones singled and later scored on a single by Bailey Sparrow.

Daryl Lee reached on an error to lead off the bottom of the second, Jaylen Deveridge was hit by a pitch, Jones singled to load the bases, Payne Griffin walked to push a run across and J.B. Sanders singled to drive in two runs and a 4-2 CHHS JV lead.

Sparrow walked and scored in the third on a ground out by Christian McCall for a 5-2 advantage.

Wetumpka JV added two runs in the top of the fourth and batted around for seven in the fifth inning for the 11-5 lead.

CHHS JV added a final run in the fifth when Lee singled and later scored on a single by Deveridge for the 11-6 final.

CHHS JV was led by Deveridge and Jones with two hits each, while Sanders,  Sparrow, Ben Reeves and Lee had one hit apiece.