Trojans work out for numerous scouts on Pro Day 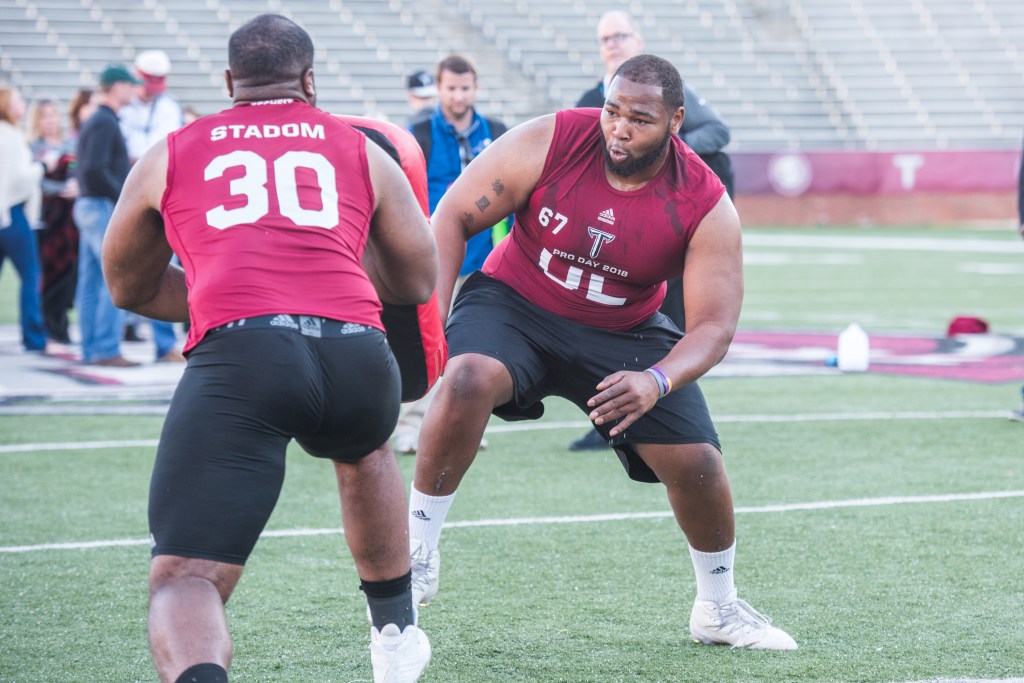 Sixteen players from the Sun Belt Conference champion Troy football team in addition to several former Trojans and players from other local schools worked out for 26 NFL and CFL scouts at Troy’s Pro Day on Friday.

Players took the Wonderlic Test and were measured for height and weight before the physical tests, which included the vertical jump, broad jump, 225-pound bench press, 40-yard dash, shuttle run and three-cone drill.

Brandon Silvers, fresh of a Senior Bowl appearance, completed 45-of-48 pass attempts with two of the incompletions coming on dropped passes. He also posted a 4.91 in the 40-yard dash, while checking in at 6-foot-2.5 and 220 pounds.

Wide receiver Tevaris McCormick ran the fastest 40-yard dash of the day posting a 4.40 on his second attempt, while cornerback Jalen Harris posted a 4.50 on his final attempt of the day and safety Tyquae Russell ran a 4.53 on both his attempts.  Defensive tackle Baron Poole posted the most bench press reps with 26 and offensive lineman Steven Rowzee was one behind with 25.