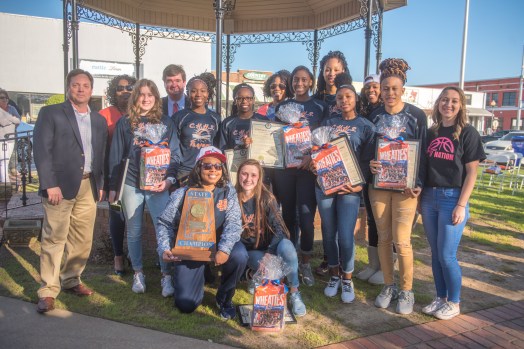 Messenger photo/Jonah Enfinger The Troy community came out in full force Friday afternoon to celebrate the first-ever state title for the Charles Henderson High School girls basketball team. Coach Dyneshia Jones and her team pose with Mayor Jason Reeves and the Troy City Council as well as the state championship trophy, a proclamation and plenty of boxes of Wheaties. 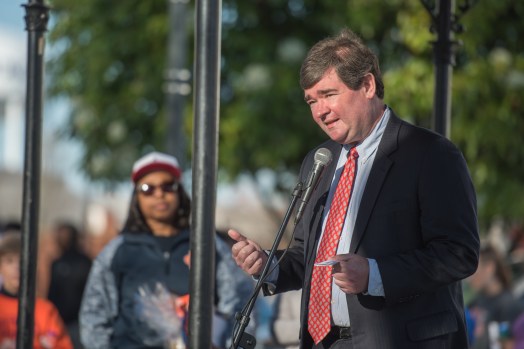 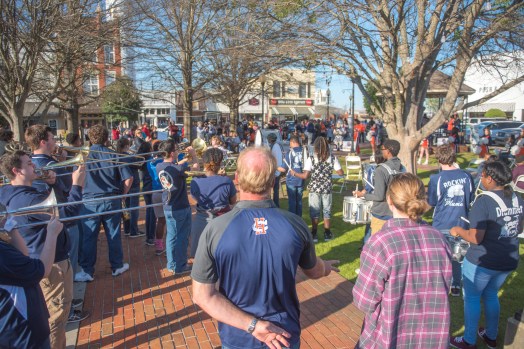 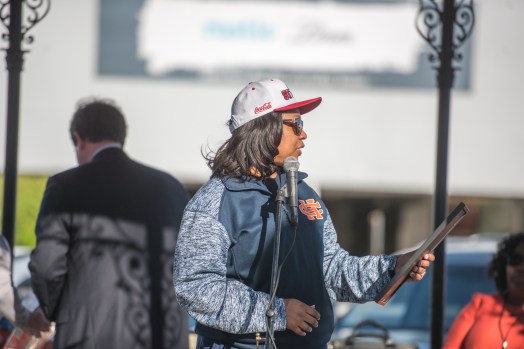 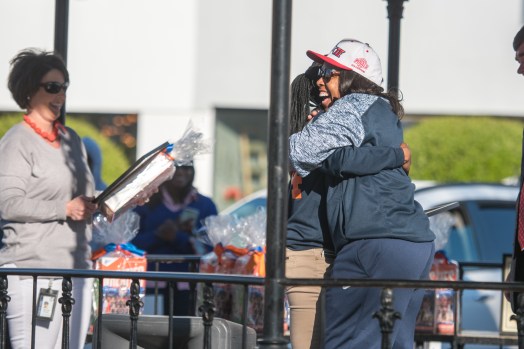 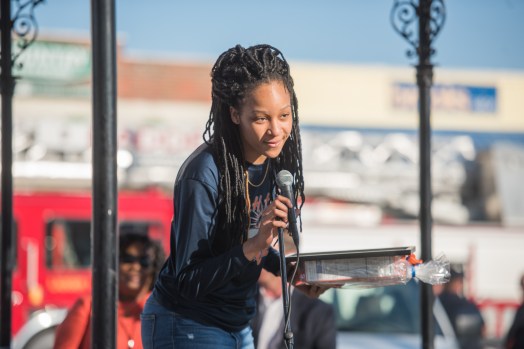 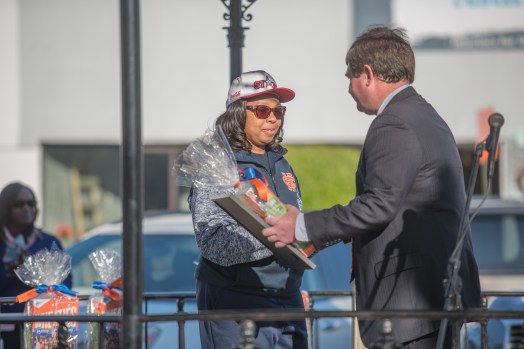 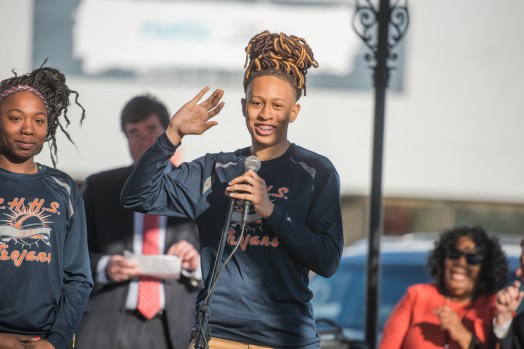 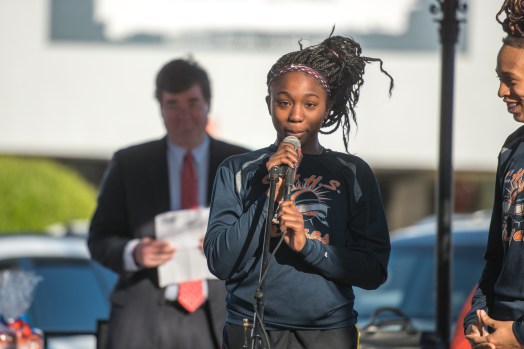 Many words were said Friday at the Square about the triumph of the Charles Henderson High School girls basketball team finally winning their first state championship.

Mayor Jason Reeves called it a “historic event” and said he was as sure that this day would come as “sure as the turning of the Earth.”

Wanda Moultry, District 5 councilwoman, said the win made her want to bring back a cheer from “way back” when she was a cheerleader at the high school “I’m so glad I’m a Trojan,” which principal Brock Kelley quickly announced he was going to be bringing back for future athletic events.

School board member Rhonda Pollard said the girls’ journey showed that hard work and dedication may not get the result the first time or the second time, but “the third time’s the charm.”

Perhaps nobody could sum it up better though than state championship MVP Maori Davenport, a junior Trojan, when she let out an emotional and visceral scream of elation.

She should know as well as anyone the hard path the girls have taken to get to this point, with heart-wrenching losses to Wenonah in back-to-back seasons – once in the final four and once in the championship – before overcoming Wenonah this season en route to the historic state title victory.

“We lost four games to get here,” said head coach Dyneshia Jones. “This is our fourth time to state and we finally won, so we’re smiling now … This will be something they can tell their kids and their grandkids. We fought hard and it paid off.”

Reeves said it was no surprise to be celebrating this victory after watching these girls play together for years, since before they were ever CHHS Trojans.

“Through your excellence and example, this group will be looked to by the community,” Reeves told the team. “I’m not sure if it’s sunk in yet, but we will be talking about you for a long time.”

Reeves and the city council honored the team, not just for their championship victory on the court, but for a 34-4 overall record, a 16-game win streak, a perfect 10-0 home record and most of all for their actions off the court and the positive attention they have brought to the City of Troy.

Each player received a box of Wheaties cereal with a picture of the team and the state championship trophy on it, which Reeves said is the dream of all championship teams.

Team members thanked the community for their support and motivating them to victory.

In the classic vein of championship coaches, Jones didn’t celebrate long before reminding the crowd that the girls expect to be right back in this position next year.

“We start back to practice on Monday,” she said.