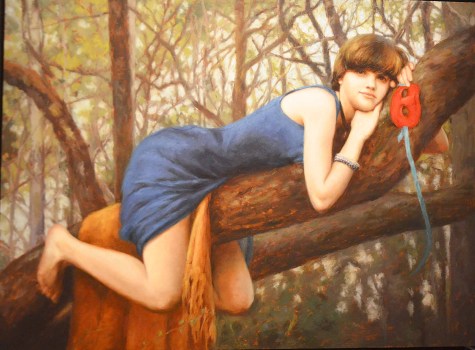 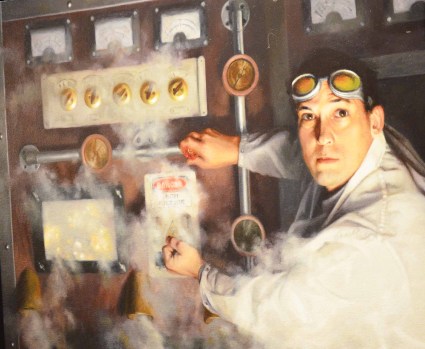 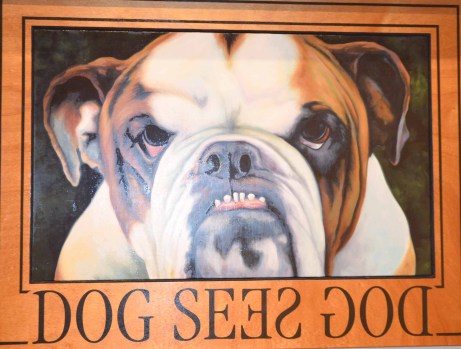 “Figuratively Speaking,” the Johnson Center for the Arts is “All Over the Place” with its exhibitions these days.

Wiley White, JCA exhibitions coordinator, said the Gary Chapman and Terry Strickland exhibitions are two of the most diverse shows the Johnson Center has featured and are sure to be “must sees” for patrons of the arts.

Chapman’s “All Over the Place” exhibit is in the JCA upper gallery and Strickland’s “Figuratively Speaking” exhibit fills the lower gallery.

“Gary Chapman and Terry Strickland are from the Birmingham area and they are both amazing artists,” White said. “Gary is an ‘Alabama Master’ and his work is in museums all over the region and throughout the country. When I was inquiring about artists to exhibit at the Johnson Center, the name Terry Strickland kept coming up. Those who view her exhibit will understand why.”

Strickland’s work, which is classified as post-contemporary realism, is a combination of technical mastery and depth of content that are both held in equal regard.

Her highly realistic and refined figurative paintings in oil have been shown extensively in galleries and museums in solo, group and juried show throughout the United States.

White said Chapman’s exhibit is titled “All Over the Place” because it includes works from his conversations and constructions series and his helmet project.

“His construction and helmet project works are immediately recognizable,” she said. “His work is fascinating. The helmet project might be considered public art because it was placed in public venues around Birmingham and attracted much public interest.”

For the Helmet Project, Chapman painted 30 portraits that were narrowed to 16 pictures.

White said Chapman painted portraits of different people and placed helmets on each of them as barriers against the outside world.

“There are 12 helmet paintings of the same size in the show here at the Johnson Center,” White said. “However, there is a larger helmet in the Kirk Galley. He wanted it hung separately because it makes the man seem a leader. The artist’s idea was that all the people represented in the helmet project are equal in their decisions to take action and that the motivation is timeless.”

Chapman said the helmets are not representative of bad or good people but people who are tired of being duped. Eventually, they will all have to take their helmets off but, for the time being, they have made a decision and are committed to act.

“What is so interesting, so intriguing, about The Incognito Project is how Terry Strickland went about it,” White said. “The project originated from a show party in her home.

“She invited guests to come to the party dressed in the costume of the person they felt like they should be, in costume like their alter egos. She photographed the guests in costume and then painted them.”