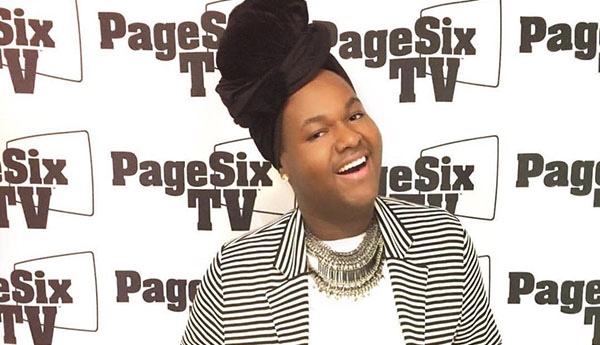 Samuel Swanson is participating in the 'American Idol' contest.

Samuel Swanson is a dreamer, and he is proof that dreams can come true.

On March 11, the young man from Pine Level, Alabama will be a contestant on American Idol, the popular singing competition television series. From there, he will plan his way and God will lead him where he should go.

Swanson is the older son of Linda Swanson, a single mom.

“I was born in Pine Level, next to a historic site, Sikes & Kohn Country Mall,” Swanson said. “Even when I was young, I was always singing. I had a bubbly personality and enjoyed singing in church. And, I just kept on singing. I’m a follower of Jesus and inspirational music is all I’ve wanted to sing. After I graduated from high school, I was a cosmetologist but I soon got bored with doing hair. I wanted to use the gift that God had given me. I wanted to sing.”

In 2015, Swanson got his first “break.” He auditioned for MTV’s “Copy Cat” and won first place. In  2016, a casting recruiter for Fox’s Showtime at The Apollo, contacted Swanson after coming across one of his videos. That contact provided Swanson with the opportunity to share the stage with numerous celebrities. His rendition of “Lay Me Down” at The Apollo brought the audience to its feet.

For Samuel Swanson, moving from the rural South to the Big Apple was a big change but it was the move he had to make to have a chance to hit the big time.

“I moved to Harlem, got a vocal coach and started to audition and worked for and hoped for that big break,” Swanson said.  “At 8 p.m. Central Time, on March 11, Swanson will do his best to make the best of the big break that American Idol could be for him.

And, it wasn’t a calk walk to the stage of the American Idol.

“There were several rounds of the audition and I was hoping to get to perform before the judges,” Swanson said. “When I made it that far, I thought I had a chance. To compete on American Idol is a dream come true for me. I am so excited and so thankful for this chance.”

Swanson can’t reveal anything about his performance and how far he advanced on American Idol. But, he said his hope is that his being selected to compete will be the inspiration for others to follow their dreams.

“I’m from a small community in rural South Alabama,” he said. “I dream big and I work hard to make my dreams come true. You can accomplish your dreams no matter where you live. I want others to know that someone with the potential to be a great singer or an award-winning actor may be living behind Crowe’s or just down the road from you. If they dare to dream, their dreams could come true.”

Samuel Swanson’s American Idol debut will be at 8 p.m. Monday, March 11 on ABC.

Samuel Swanson is participating in the ‘American Idol’ contest.