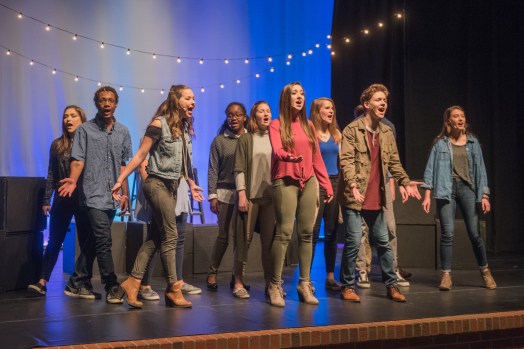 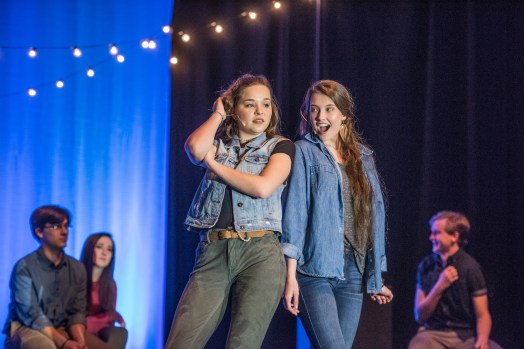 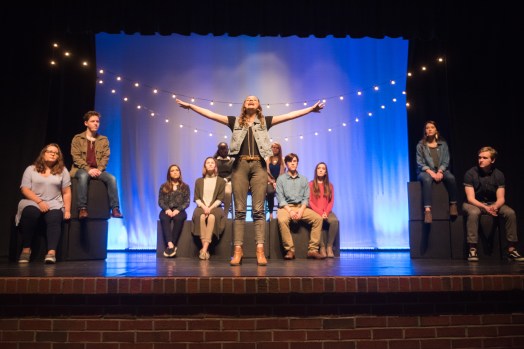 A last-minute “long shot” submission into a nationwide competition netted the Charles Henderson High drama team a $10,000 grant Monday, one of only 50 programs to receive the reward.

“We were the only school chosen in Alabama and there were over 1,000 submissions national,” Said Judith park, drama director. “To be honest, we just saw it floating around Facebook when a parent tagged me in it and said our department should look into it … It was kind of a long shot but we thought it would be fun to try.”

The R.I.S.E. grant program, facilitated by NBC and the Educational Theatre Foundation, is inspired by NBC’s new drama “Rise” that will premiere Tuesday about a high school theatre department and it’s effect on a small town. To apply for the grant, drama departments created a video submission, a 500-word essay and a letter of recommendation from the school principal or administrator.

“She told me NBC was looking for us to submit a video to possibly get a grant, so I just started shooting the video,” Leverette said. “I shot it and edited it three different times and edited it and every time I was unhappy with it. We finally got the video choreographed and it is so exciting that we won a grant with it.”

Park said she had to maintain the secret when she got a call back letting her know the department would be one of the 50 to get a grant.

“No one could know until it was nationally revealed,” Park said. “It was just extremely exciting. We had to sort of create a reason they had to be at the school on the day it was revealed. The cast of ‘Rise’ actually recorded a congratulatory video for it.”

Principal Brock Kelley said he wasn’t surprised that the program was selected for the exclusive opportunity.

“I wasn’t surprised when they won it, to be honest,” Kelley said. “I’ve seen the last three years this program really grow under Ms. Judith Park. The things she has brought to this high school and theatre department have been miraculous. Ive seen students come out of their shell in a semester in her class; it’s one of best programs we have at Charles Henderson High School. This grant will just allow us to take it to the next level and get some technical things we need.”

Park said the money is going to be a major boon for the program.

“It’s huge for our department- I don’t have a budget,” Park said. “I have to ask students for a class fee, so the money is going to be very beneficial. A lot is going to be spent on better lighting and sound equipment and for a system so we can have moving curtains.”

If there is money left over after that, Park said, she would like to use what’s left to bring in professional actors to teach a master class on acting or take the students to see a national Broadway tour.

The drama department is currently busy making final preparations for their upcoming play “The Theory of Relativity,” which will open Thursday night at 7 p.m. at the cafetorium. There will also be 7 p.m. shows on Friday and Sunday and a Saturday matinee at 2 p.m.

“It’s based loosely around Albert Einstein’s theory of relativity,” Park said. “He once said ‘Only a life lived for others is worth living.’ The premise of the play is people’s individual stories and choices they make in life impacting others around them. It’s a very smart play; the is language sort of scientific at times, but through the arc you realize it’s less difficult of a concept than we really think.”

The play is set in New York with college-aged kids telling stories through monologues and songs. “it’s not a typical play; it’s very conceptual, which is exciting,” Park said.